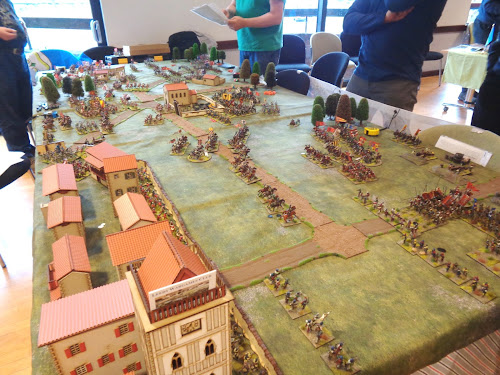 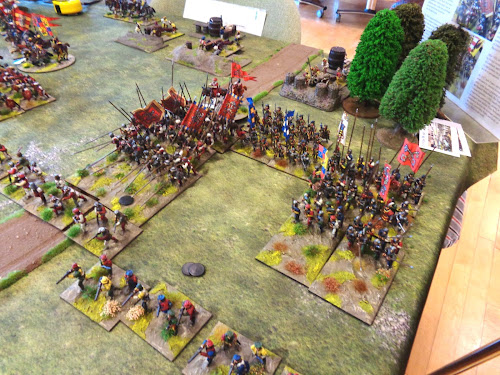 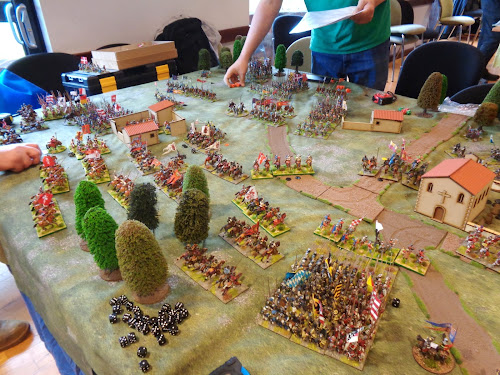 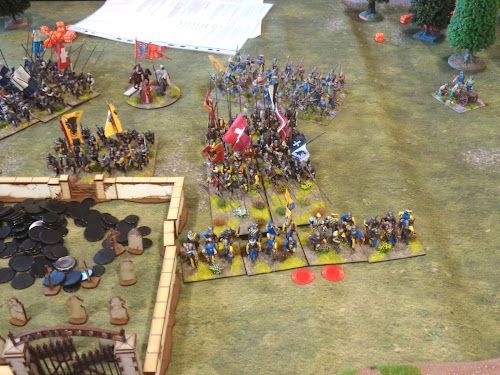 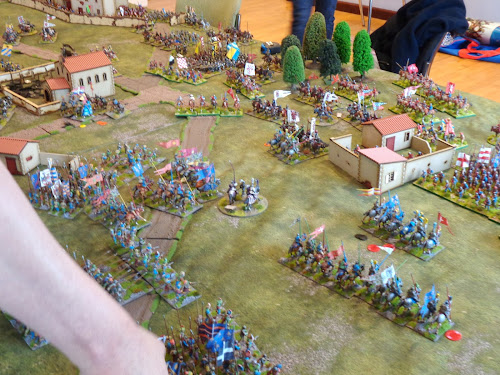 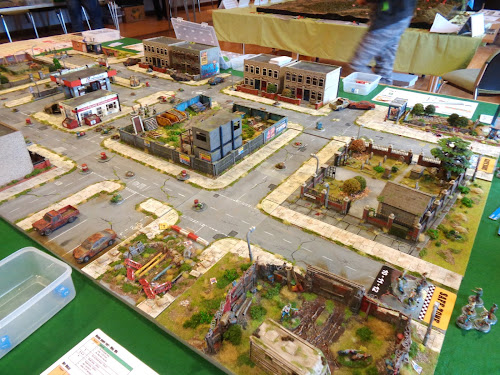 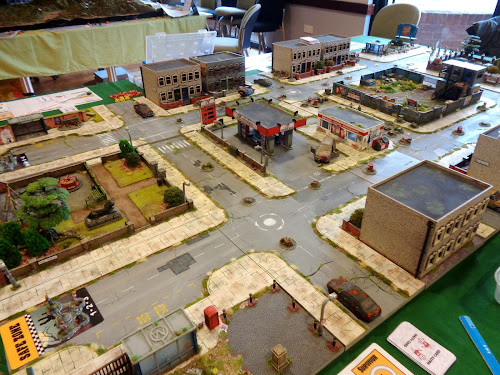 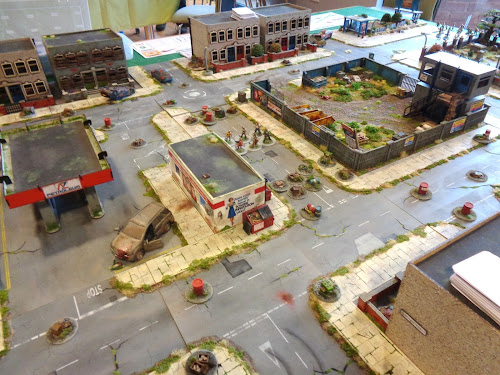 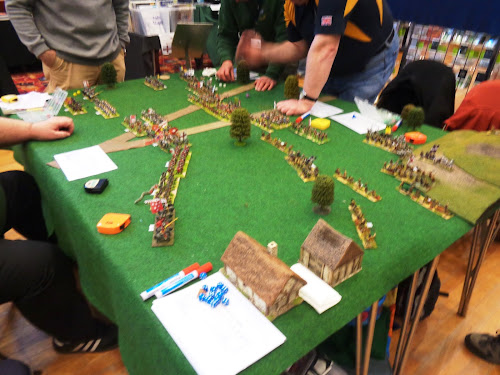 The traders didn't do so well from me as I only bought 4 pots of paint as nothing caught my eye.
Posted by Fire at Will at 08:56 1 comment:

Another year is coming to a close so I need to try and finish all the bits I have started Now off to Recon at Pudsey in the morning and hope that nothing tempts me. I should be on the Lance & Longbow game playing Stoke Field 1487, come along and join in.
Posted by Fire at Will at 21:46 No comments:

These are the Strelets French Light Infantry in Egypt. I had originally planned to use the figures to double up my existing French units, but I forgot that I had already done that. So they became a selection of more unusual units. 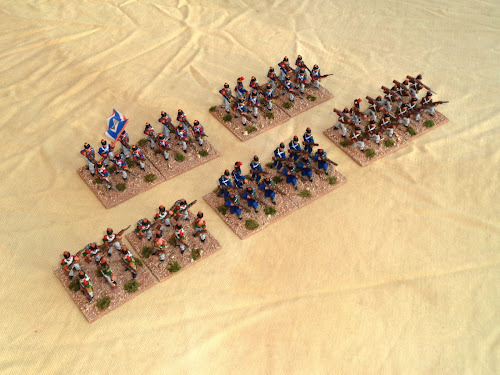 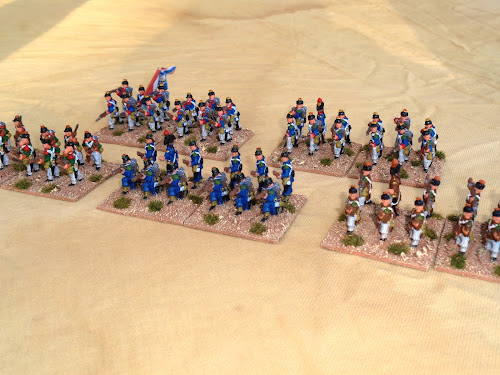 After quite a while I've finally finished the Horsa glider. Although a relatively simple Kit from Italeri, it took a while to sort out how to create a landed version. 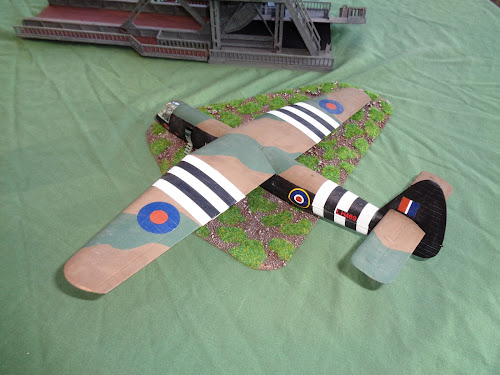 I ended up breaking the landing gear on one side and reduced the central skid to a lower position. This did mean the steps fitted firmly to both the ground and the glider. 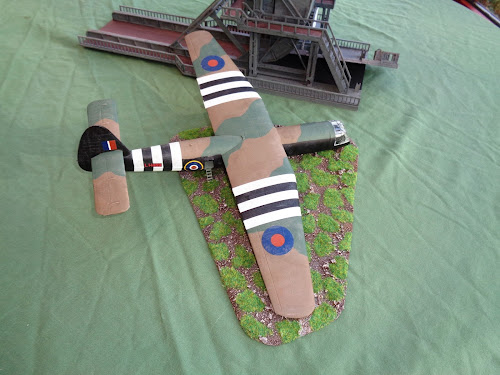 In the background is Pegasus bridge, whhich is still in progress. My next problem will be where to store it safely.
Posted by Fire at Will at 13:20 2 comments:

Once Strelets managed to produce some more War of Spanish Succession figures I had to buy them and a few other bits to make up the order. 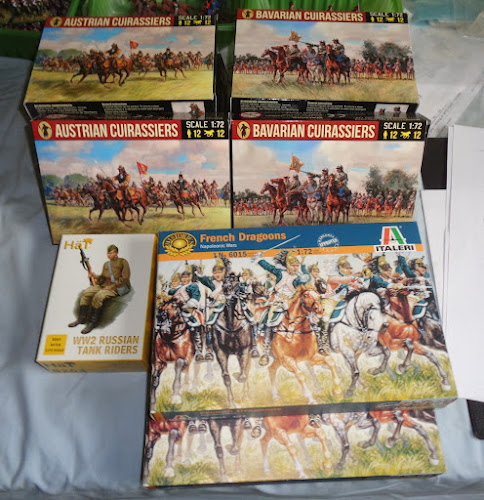 There are I'm not sure yet how I will use the surplus cuirassier figures, the old cuirassiers will probably go on ebay.
Posted by Fire at Will at 13:57 2 comments:

These have been a long time coming as I needed the contents of two packs of Caesar German Mountain Troops to get enough suitable figures. THe other half of each box were SS Handschar which I sold off. 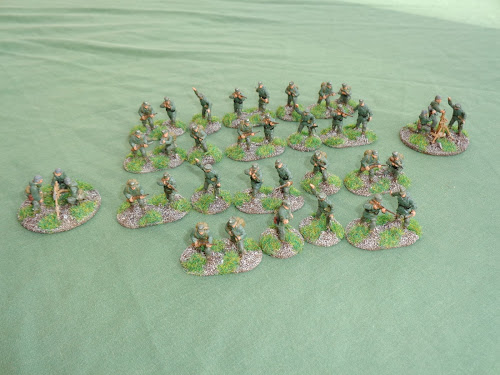 Back to the Jungle

After the French it's my Japanese, but these are mostly new 3D prints for the late war in the Pacific. 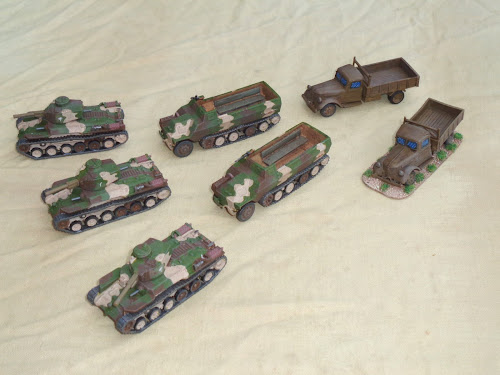 A trio of Shin-hoto Chi-Ha's in the later camouflage pattern used in the Pacific. I had already printed the turrets to go with my existing Chi-Ha's hulls, but they wouldn't fit. I discovered that the turret ring was slightly wider for the Shin-hoto version and for the second variants there were some differences in the hull. So I was not constrained to give them the same camouflage. 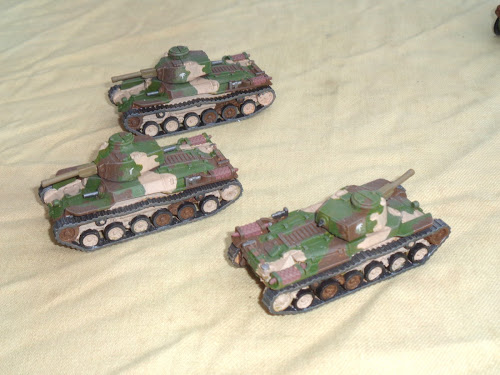 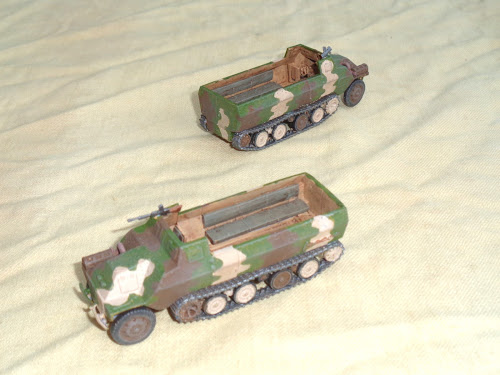 A replacement Nissan 180 truck and the recoverable "exploded" version that I kept as a wreck. 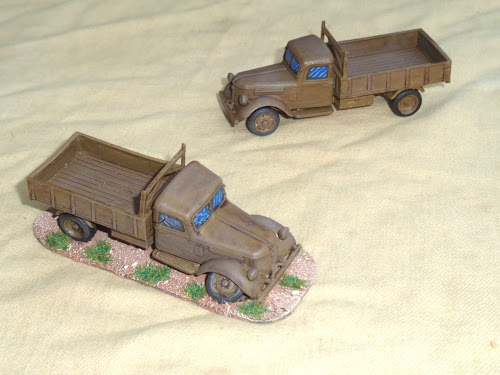