I always underestimate how time-consuming painting highlanders is. This is even though I used a very simplistic dark green blue check pattern for the Government Tartan at the time. 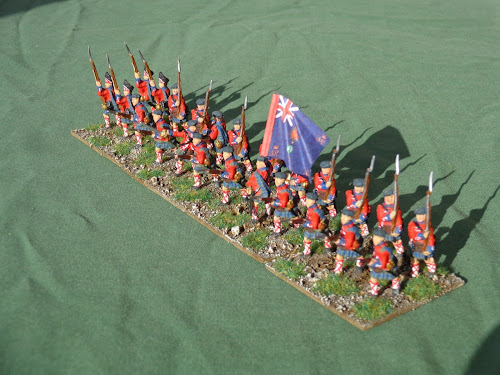 I've painting the facings in blue as they became a royal regiment in 1758, but I'm not sure when the change in facings took place. 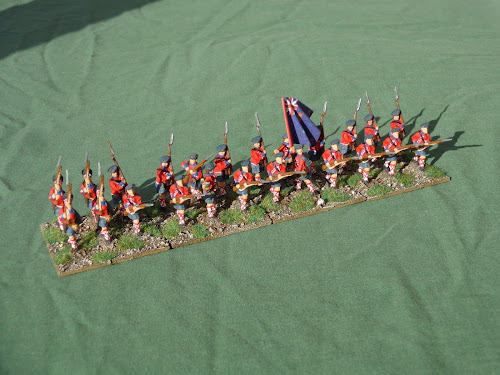 These are the really lovely Strelets Arab Revolt Foot Rebels. They have plenty of character and go well with their cavalry 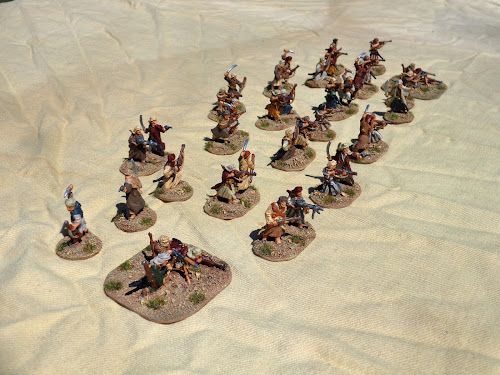 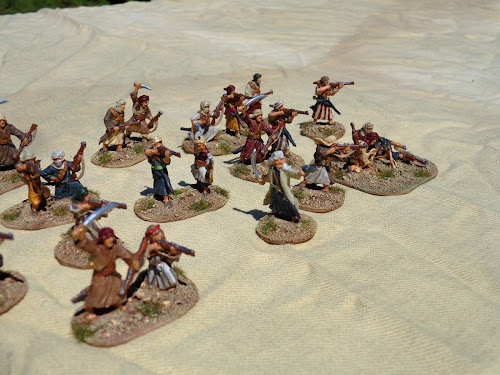 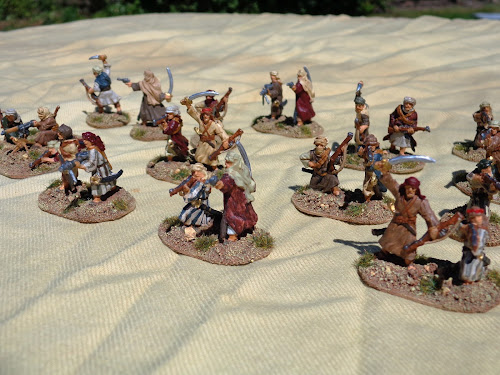 The reason for the long break in posting was the loss of my laptop due to a corrupt disk drive and its replacement under warranty with a new drive so it took quite a while to sort out and get all my files reloaded from backup (Hurrah, I remembered before going on holiday)
Posted by Fire at Will at 16:08 4 comments:

Our Lance & Longbow game, the battle of Stamford Bridge in 1454 a classic Neville/Percy scrap 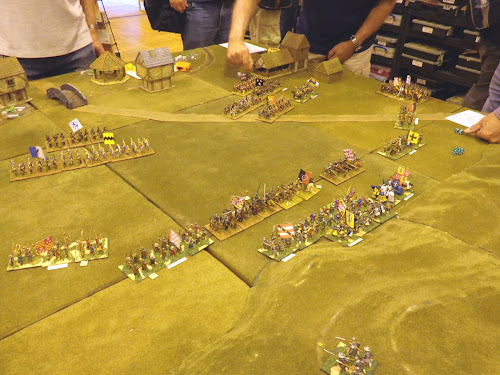 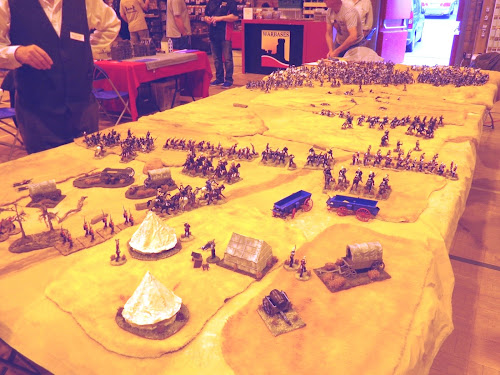 The Zulus, thousands of them 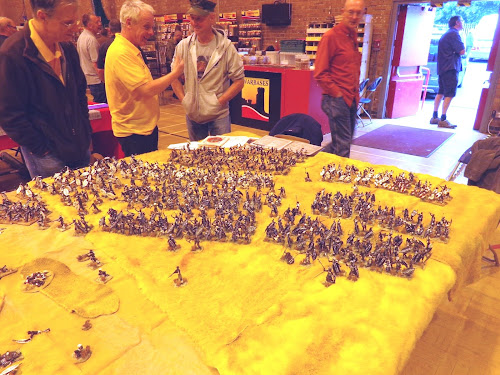 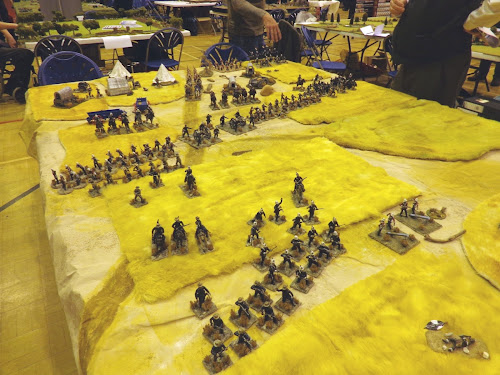 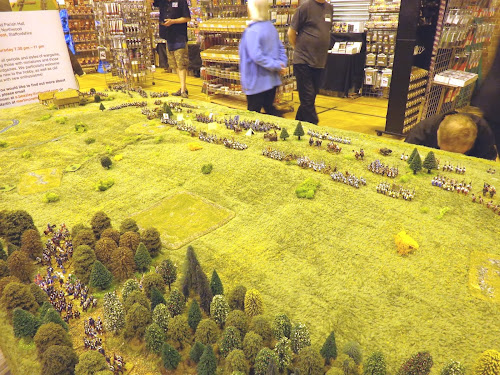 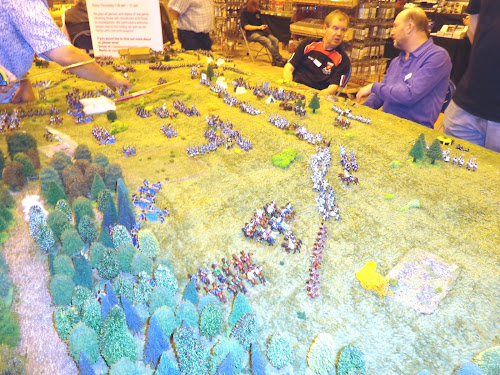 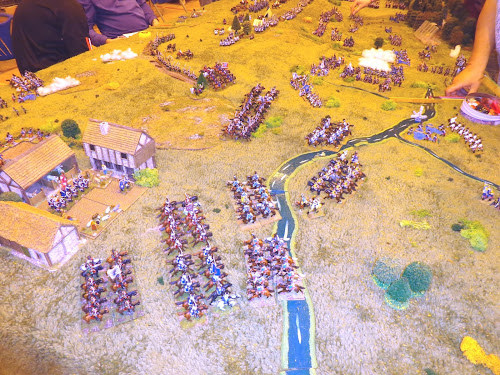 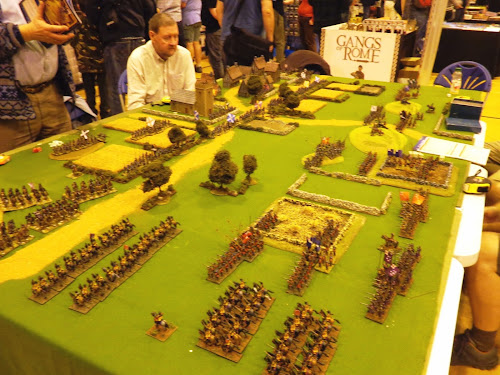 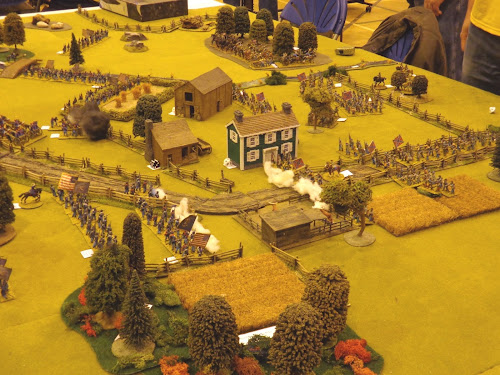 My pile of loot, mainly from the B&B. I also acquired a large bag of Warlord War of Spanish Succession figures that I plan to use with my 28mm pirates. 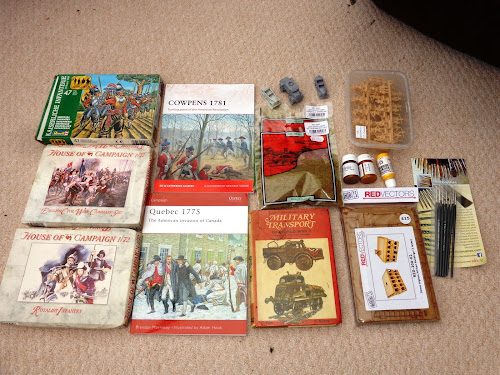 Thanks to John for the military transport book.

I've dropped behind plan last month basically due to the time taken up by the Market Garden terrain. I've got Phalanx and a Gentlemen Pensioners big game coming up this weekend. Currently on the bench are

I'm back from Orkney

Just been on holiday in Orkney for two weeks visiting various Neolithic and WW1/WW2 sites, more on this in later posts. The downside is that while I was away the hard drive on my laptop died so blogging, etc will be more difficult for a while until I get it fixed or replaced.
Posted by Fire at Will at 17:17 No comments: