Next two units are Bourbonnais and Foix, that formed together with Agenois the Nangi brigade at Blenheim. 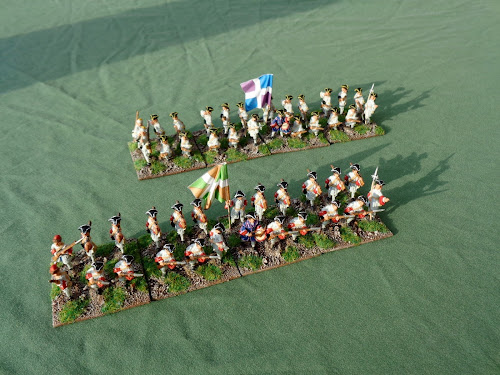 Foix is in front with Boubonais behind. 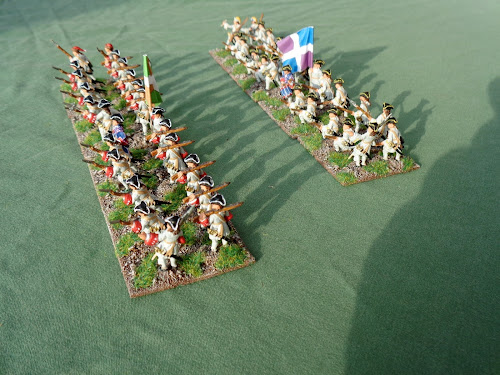 Strictly Bourbonais should have 2 battalions to match the exact order of battle for Blenheim
Posted by Fire at Will at 09:03 2 comments: 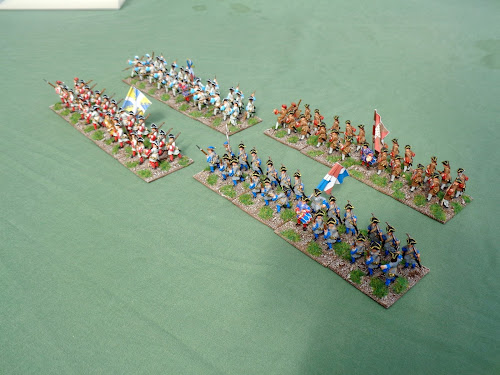 Agenois, this has a different flag from that used in later years 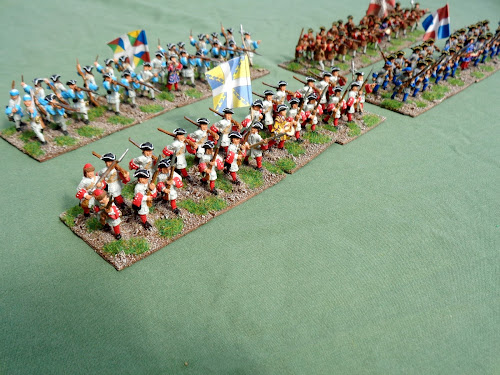 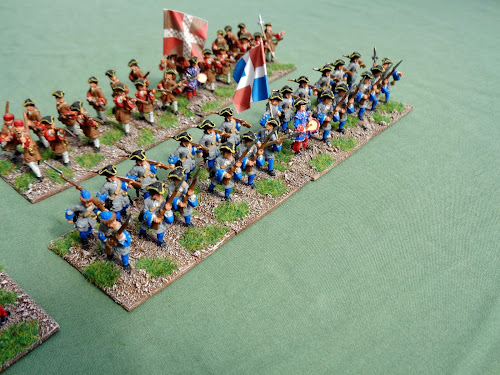 Starting on the WSS French

Just finished my first two War of Spanish Succession French units Royal Italien and Saintonge. I've a soft spot for Saintainge as I already have it in my French army for the AWI, I just picked the option of a lighter blue 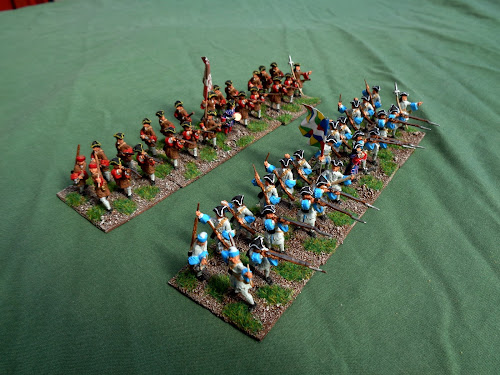 As for Royal Italien, it is a unusual brown coated unit so it adds a nice contrast to the mass of the French army. 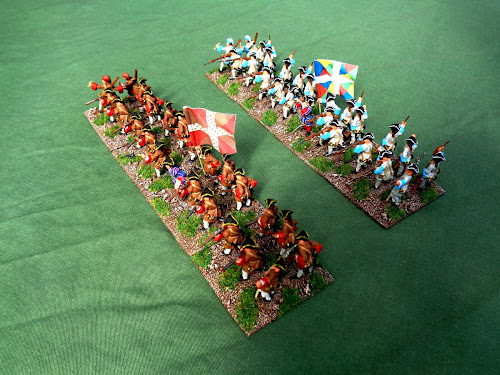 I'm not working to any particular order of battle but I certainly want a number of units to have participated in the classic 4 battles of the WSS, namely Blenheim, Ramilles, Oudenarde and Malplaquet. Saintonge was at all four and Royal Italien at three. 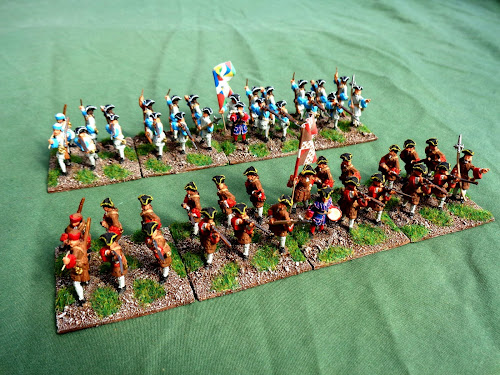 Some terrain at last - Vines

After my failure to make hardly any of the terrain I intended last year I thought I had better start with my long planned extra vines. 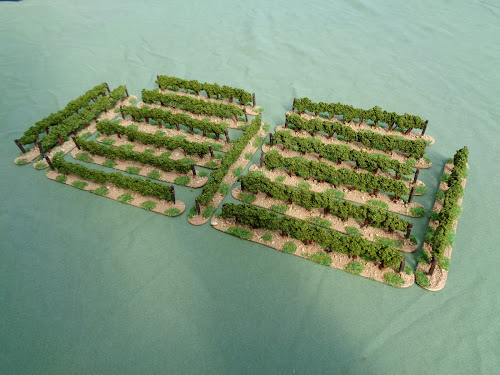 I made three according to my original design copied from a ZTT original (on the left) but changed over to using plant prunings for the rest. 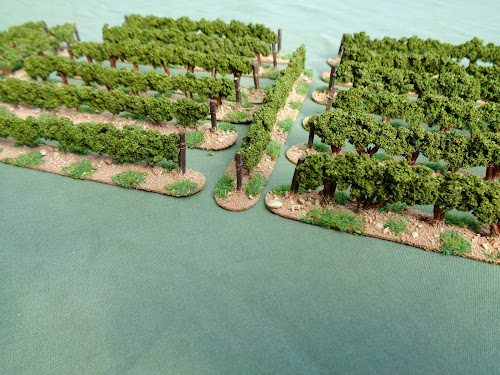 The difference is more apparent in the work in progress picture, the JTT copies use thin twisted copper wire. 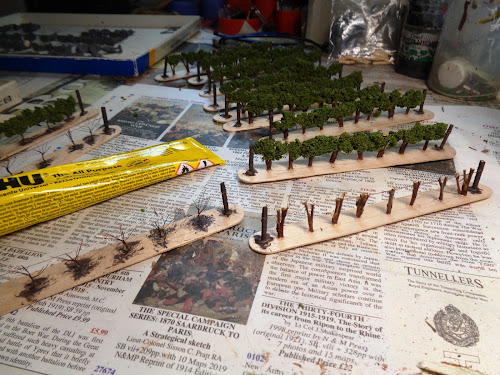 The originals were made for the Sicily game back in 2015 (link) and these double the amount I have.
Posted by Fire at Will at 07:26 4 comments:

A good start to the year, I caught up a lot during March and painted a total of 769 items
Compared to plan
I’ve decided to concentrate on five main painting/modelling themes this year, quite a bit is based on new and forthcoming releases:

I’m not making any plans for gaming, but once the show circuit starts I’ll try to get to as many as possible. Plus Crisis Point in April and a possible 2021 Big Game. Crisis in Antwerp would be a big attraction if it goes ahead - still waiting to see what will happen - hoping to get to Barrage in July Finally, an army review reveals that I have passed the 32,000 20mm figures mark. partly becuse I haven't sold any of my replaced units since lockdown started.
Posted by Fire at Will at 20:37 1 comment:

Well that was a tremendous month's work. I cleared all the backlog so it's a clean start for April. In fact I started already with work on extra vines. Here's a picture of the work in progress. 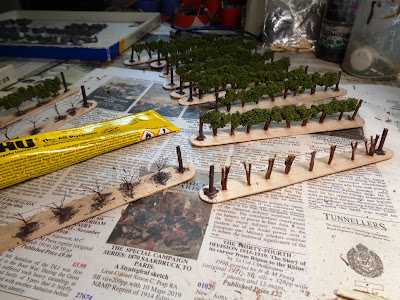 The main task is the War of Spanish Succession French Infantry, I've sorted out 8 units of 24 figures to work on.
and then I've commited to start some kits through to assembly but not painting for the challence on the Wargames Forum. I'll have to pace myself on this one. The challenge requires them to be completed in May! a longer timespan than I usually work to.
Posted by Fire at Will at 21:17 No comments: