Earlier this month, I was looking at my Redbox Stradiots and wondering how I would base them. They are light cavalry and certainly some might skirmish. In the end I decided that I would deep base them like my other skirmish cavalry.

However I realised that although I was probably going to use them with my Thirty Years Wars figures,to start with,I might want to use them for the earlier Italian wars. This is where the problem arises as my late medievals are based as WRG ancients frontages (2 cavalry on a 40mm wide base) but the TYW are based to my own DBA style system (3 heavy cavalry, 2 light cavalry or 6 foot on a 45mm wide base) so I would have to decide which to choose.

Also I'm not entirely happy with my TYW basing as the cavalry are too squashed and the infantry "regiments" have to be reorganised to use the Black Powder "Pike & Shotte" rules. But this is also complicated by the fact I now use them against my Poles.

In the end I decided on 40mm x 60mm for the Stradiots. This came as a result of deciding on a suitable rebasing standard for my TYW figures. I decided to go for a unit frontage of 180mm, which is 4 x 45mm bases so no immediate need to change much. However I will use 60mm bases for my TYW infantry and cavalry. This will contain 3 cavalry (so less cramped) 12 pikes (on a deeper base) or 9 musketeers. For foot regiments will be made up of one pike and two musket bases giving a pike/shot ratio of 2:3, which is my current ratio for my armies of the period, although it varies by regiment. This size is still compatible with my ancients/medievals where the unit frontage are 120mm made up of two 60mm wide bases.

The first kits of my PSC kickstarter have been finished. From front to back, these are a replacement 25 pdr battery (two guns, quads & limbers) to replace my old Airfix battery; a pair of 17 pdr "Pheasants" and a battery of 18/25 pdrs for the early desert war. 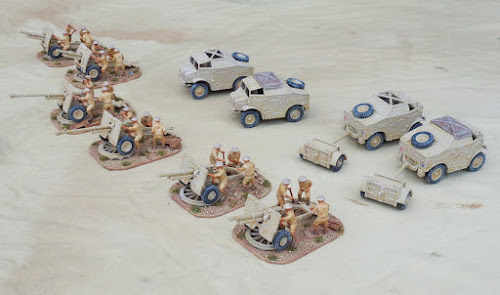 Both the pheasants and 18/25 pdrs are made up from from the kit left-overs, The wheels were, I think, from an old RAF emergency set. I widened the axles on the pheasants to made them look better and this made them fit on the Airfix traversing circle. 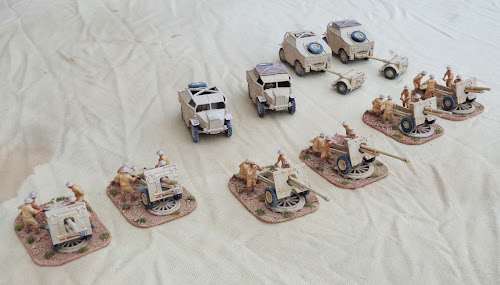 The open roofs gave a little problems as the fit was not too good and the inside needed to be paired down as there were locating tabs on both them and the sides. Some spare seats were added inside so it didn't look like an empty box.
Posted by Fire at Will at 07:49 8 comments:

Is it really that long? I originally started as a bit of fun and to provide some focus to my painting and modelling. On that simple basis it has been quite successful as it forces me to clarify what I'm trying to achieve on both a long and short term basis. it's also a lot easier that when I used to do it at work when I had to fit in with everyone else's plans. But blogging has had some useful benefits like a quick reference back to how I painted something, plus a means of recording various shows and interesting military sites I have visited.

As for the two vehicle featured in my first blog entry I'm pleased to report they are still doing well. 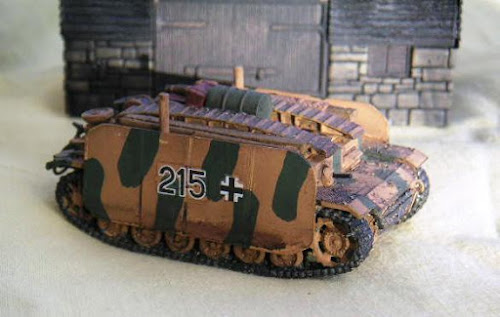 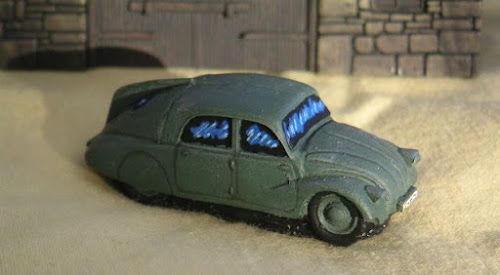 Finally a big thank you to all who have commented over the years, your encouragement has been greatly appreciated.

These will provide a bit of support for my late medieval Swiss, even though the costume is slightly later 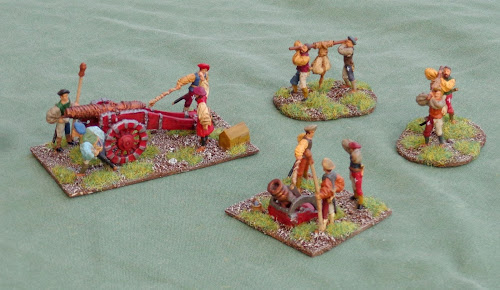 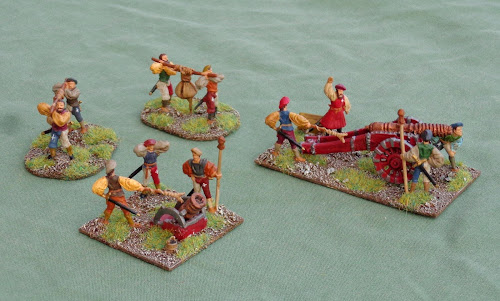 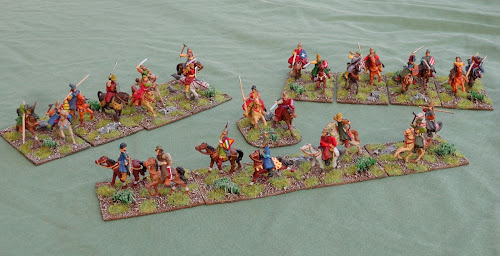 The figures are mainly Redbox with some rather poorly sculpted horses, but they are not so noticeable once painted. Hidden among them are a couple of conversions by Richard C, which allow me to create a command stand. Basing is now my standard for skirmishing cavalry 40mm wide by 60mm deep so they can be deployed in either close or open order.
Posted by Fire at Will at 15:18 4 comments:

Just finished assembling all the contents of the PSC Quad and 25pdr boxes, plus the RSO. Roofs on the quads have not yet been glued as I need to paint and insert the crew first. I've almost sorted out all the crews and found some suitable wheels for the additional guns. 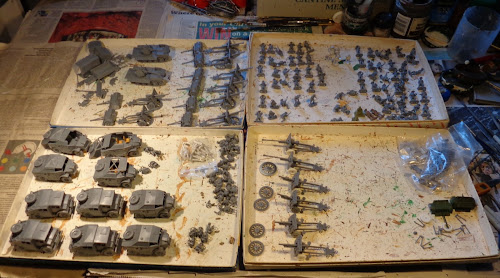 Meanwhile my renaissance cavalry is underway as well with the Swiss artillery and Stradiots ready for basing. 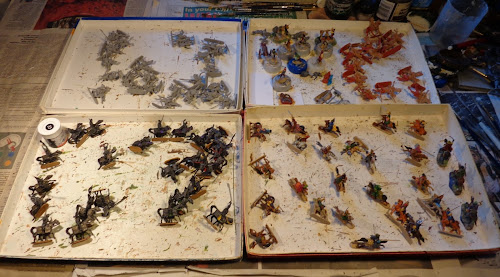 And straight into the theme of the year, Renaissance, and switching over to mainly painting cavalry for a change. However, my PSC kickstarter has just arrived as I wrote this, so I can start work on it as well. 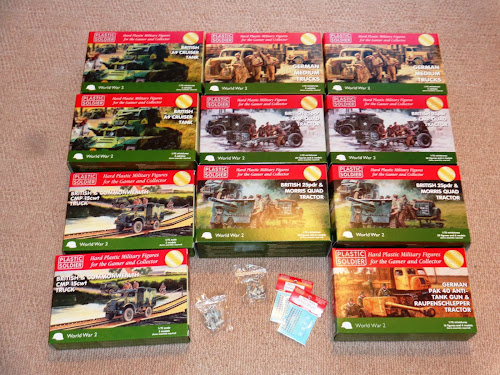 Another year, another plan. Looking back at last year's successful performance, I do wonder how I achieved it therefore I'll plan for this year at my more normal level of output. No big Rapid Fire games have been planned so far, but some more winter terrain may be needed for the SOTCW game at Gauntlet. So onto my plan, the main theme of which is Renaissance:

Finally yet again I'll continue the attempt to reduce the size of my stash! Hopefully down to four storage boxes and less than 6,000 items!
Posted by Fire at Will at 08:30 3 comments:

Having looking at progress against my broad plan. here's a breakdown of the 2,273 items I worked on this year.

Infantry as usual is top, spread across all eras. Rebasing sounds an easy task, but at times it's quite an effort as figures have to be repaired/touched up. I know I'll need to do more in 2017 and beyond as I upgrade my armies.

Happy New year, the time has come to review how well I preformed against the plan I wrote back in last January. Generally I feel I've been quite successful this year with 2,273 items completed, my best ever total.

- Have replayed Lentini at Bristol, unfortunately the big game was cancelled and I replayed a bigger version of Stalingrad instead. Also I played a large one day Carentan game. - Gauntlet was a great success and the terrain was appreciated - Complete failure

Stash reduction - it's now down to 6,667 items from 7,420. A net reduction of 753 has to be considered good progress, but it has been partly assisted by the non arrival of the PSC kickstarter in 2016. Also it still fills five storage boxes.

I'll cover the breakdown of what's been painted in part 2
Posted by Fire at Will at 10:58 4 comments: