Next batch of WSS British Infantry

Two more units have joined my forces Churchill's (the Buffs, 3rd Foot)) and Seymour's (24th Foot) and appear in the front rank 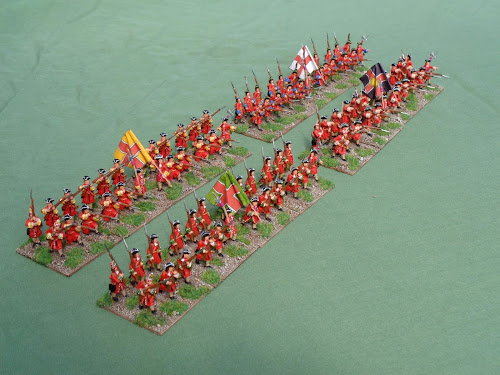 The flags came from the warflag site (link) 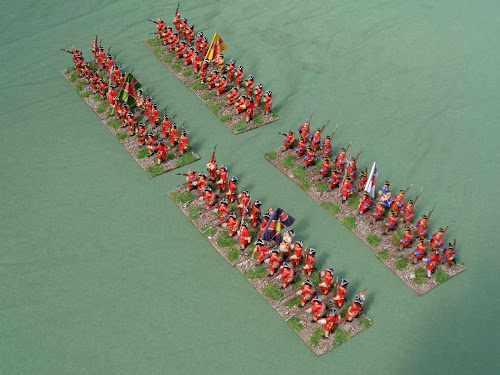 Completed my first British units for the War of Spanish Sucession, there does seem to be a lot of contradictory views about the exact uniforms, flags, etc. so it does allow a degree of flexibility in how to depict the units. 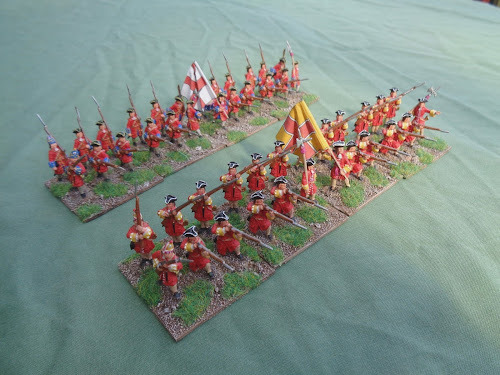 At the front Webb's or the Queen's regiment, behind is Marlborough's or the 1st Guards regiment 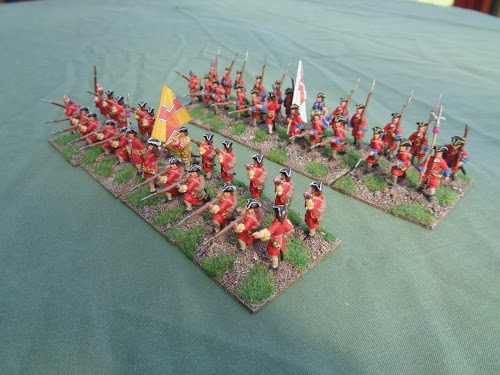 Here are the finished vehicles that I started for the challenge on the wargamers Forum. The Fujimi M12 GMC self propelled 155mm, a Fujimi Hetzer and three German 75mm Infantry guns 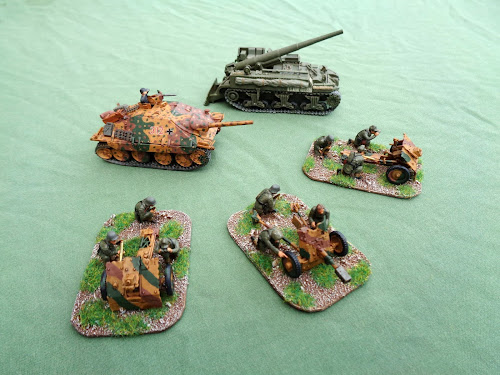 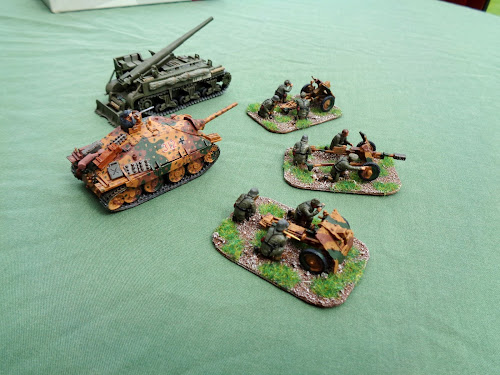 In winter camo there is an Italeri Sherman, a Matchbox 251/10 and another 75mm infantry gun 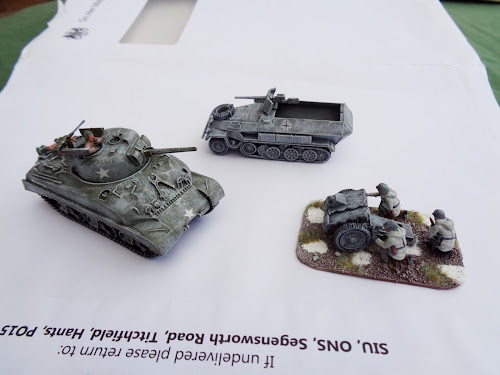 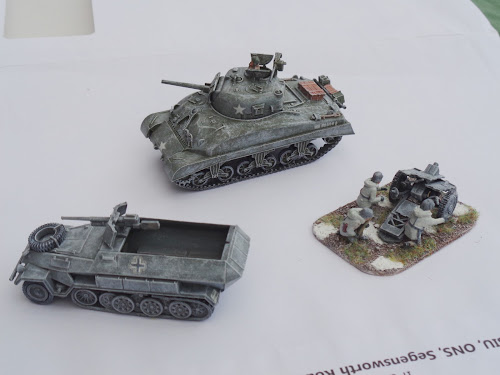 Back to WW2 German Infantry

Very much a side project as I have more then enough WW2 German Infantry, but this fitted in with the group build on the Wargamers Forum. I had been interested in the Valiant figures for some time but they were too large, so when the rescaled version was released I had to get some. They are nice figures, I used an infantry pack plus an extra sprue (from Andy) and a heavy weapons pack to make a platoon plus supports, or for a RF battalion (plus an AT gun) 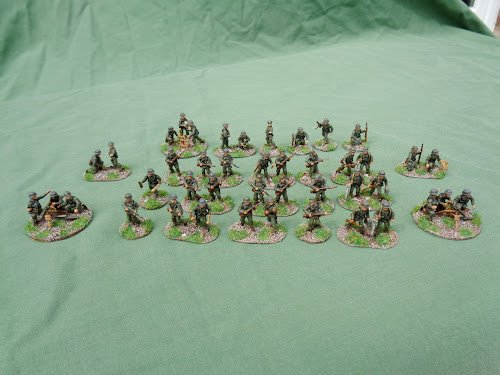 my favourite figures are the section MG42 gunner (bipod) and assistant 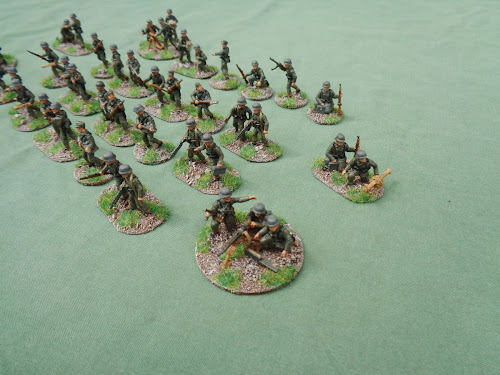 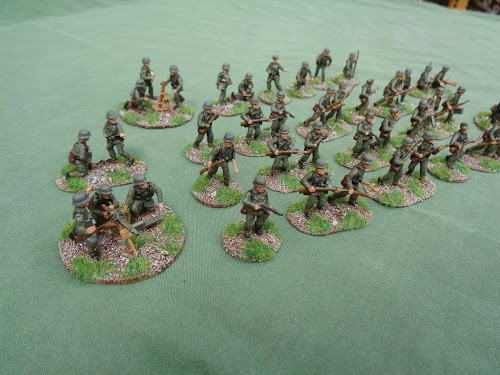 All that is left over is an 81mm mortar. I did a certain number of head swaps, but there are certainly possibilities for a lot more conversions with the hard plastic.
Posted by Fire at Will at 20:18 4 comments:

It's been a busy week for the postman with three seperate deliveries
First was a ebay win of some TYW artillery, as I need the limbers for my War of Spanish Succession armies. It also came with a set of old Esci WW2 Japanese that will come in useful when I get around to Battlegroup Pacific. 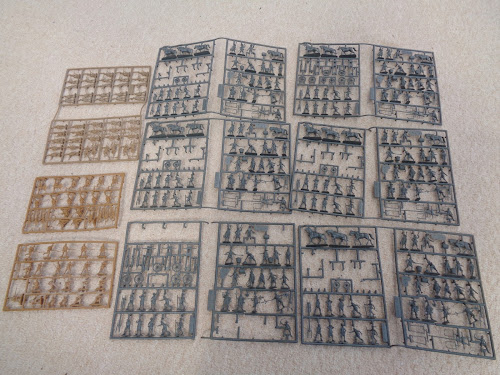 Next a batch of PSC kits from Models2u, I had tried getting them from PSC in their sale, but they weren't covered by the sale and they charged 10% for delivery. Models2u gave a 10% discount and free delivery for the amount I ordered so a no-brainer. 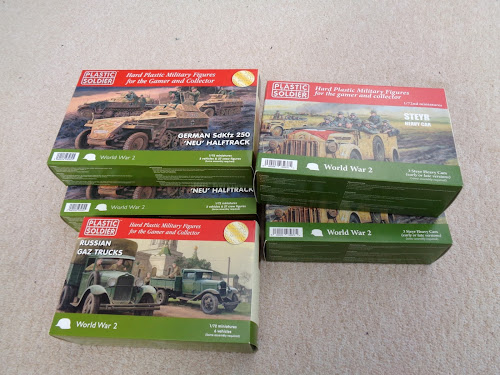 Finally and delightfully, an ebay win of some Linear-A figures. To my surprise the seller DH follows this blog and added some extras to amuse me and they certainly did. There are quite a lot of useful bits and pieces and the temptation of some Caesar WW2 Chinese. 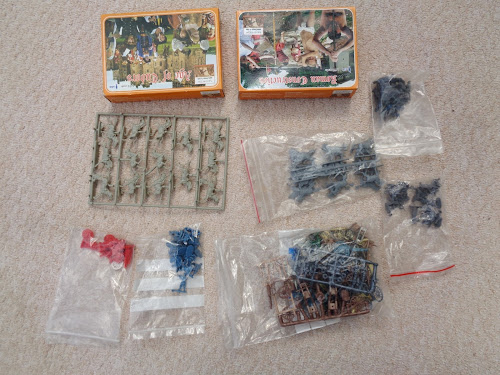 Quite a lot to keep me busy and thanks again DH.
Posted by Fire at Will at 16:53 3 comments:

The night belongs to Charlie!

I now have plenty of Victor Charlie with the benefit of the new Orion Viet Cong figures. 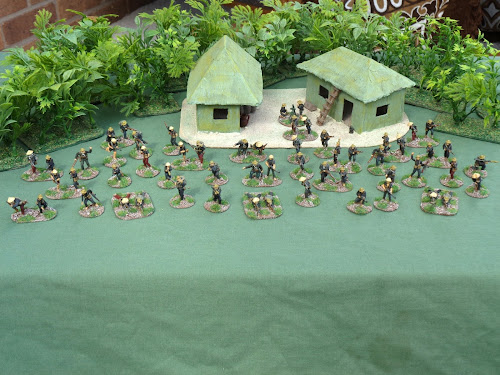 These are a mixture of the new figures and reworked old Esci figures. 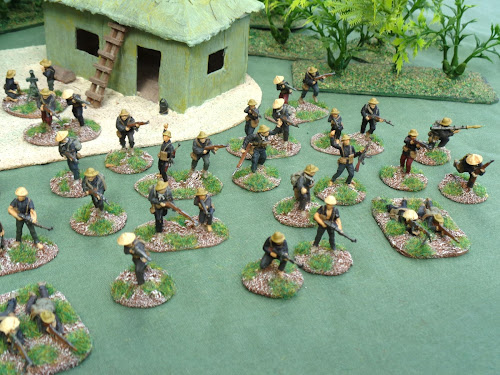 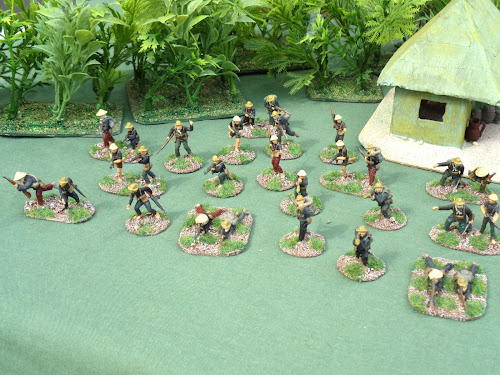 A bit of an odd month as I deliberately didn't complete the kits I assembled to conform with the rules of the challenge on the Wargamers Forum. These need to be completed in May. So a listing with some in progress pictures
In addition I will be working on
Posted by Fire at Will at 06:58 1 comment:

Last of the WSS French Infantry - for now

A couple more units and I have varied the shade of grey again. Du Roi in front and Crussol behind. 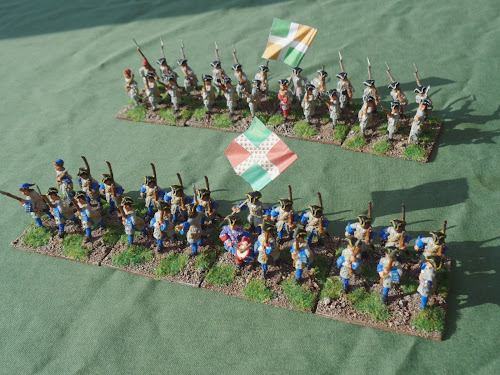 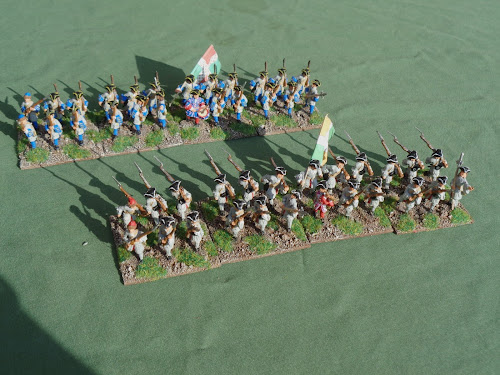 The next WSS infantry will be British, but I will still be adding some more French
Posted by Fire at Will at 11:04 2 comments: