It's been slow painting progress because of the hot weather. But at last I've completed the 77th Foot (Montgomery's Highlanders) 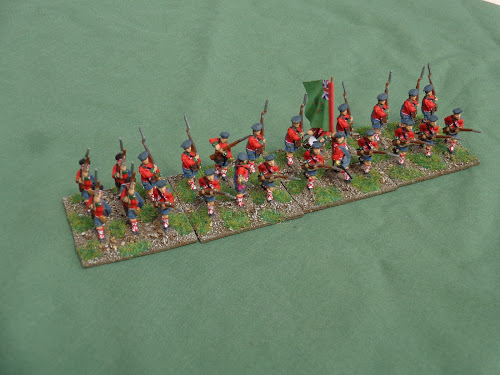 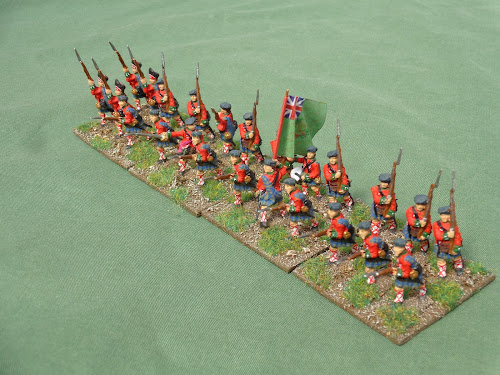 Another reason for the slow progress was I slipped away back to the South West for a few days and managed to visit Bovington and the Battlegroup South show, unfortunately I didn't take my camera.
Posted by Fire at Will at 08:44 1 comment:

First the good news, the tests show my problem was normal for my age, so carry on as normal. Now a quick review of how far I got in the first half of the year


The major project is Tricorne rebasing, covering all my Seven Years War and American War of Independence armies, this is ambitious - around 2,000 figures, but hopefully it should just be "cosmetic" as I won't be physically changing the units or bases.- I've just finished the Prussians and about to start the Austrians

Total of 905 items completed so far this year

June has been a bad month and July is not looking any better. I bailed out of Phalanx slightly early due to medical problems and then missed the Gentlemen Pensioners game on the Sunday. I'm now having to undergo various tests, which will have an effect on my painting output. Also add in a planned holiday, so the limited number of items I will concentrate on are:


Our local show Gauntlet is next weekend and, if the tests turn out OK I may try and get down to Battlegroup South at Bovington.

Another batch of rebasing completed and also the last of my Seven Years War Prussians. Additional figures have been added so that each brigade commander now has two figure bases and the more senior three. 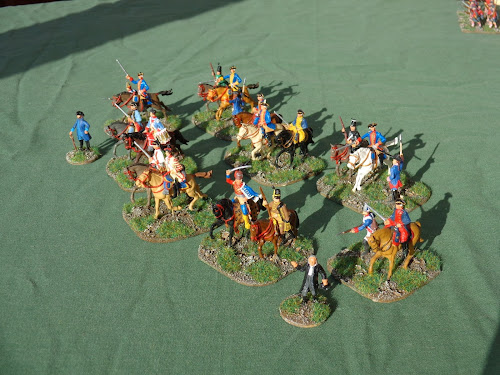 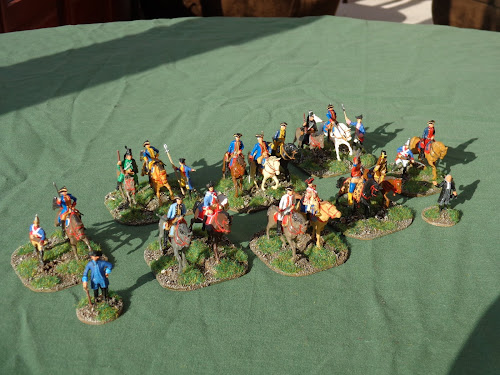