French dragoons on foot for the WSS

My last French dragoons are now deployed on foot, they are the Strelets French dragoons skirmishing and to make up the required numbers I have added some Zvezda GNW Russian dragoon horse, which are a close fit. Again I have picked units to give a variety. 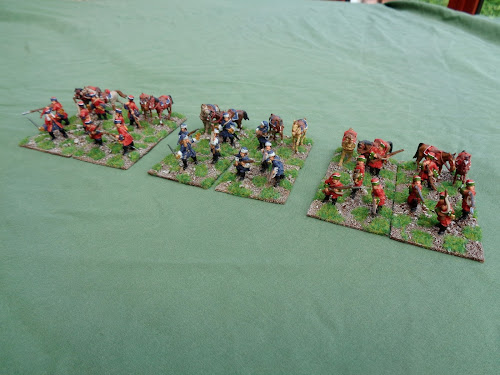 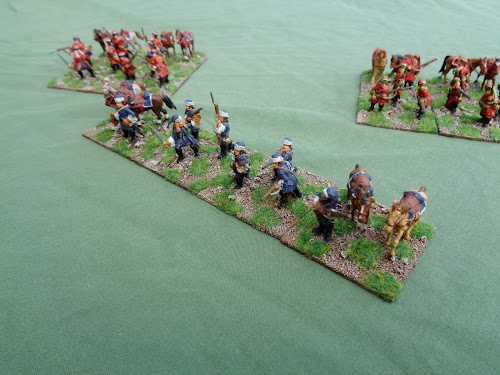 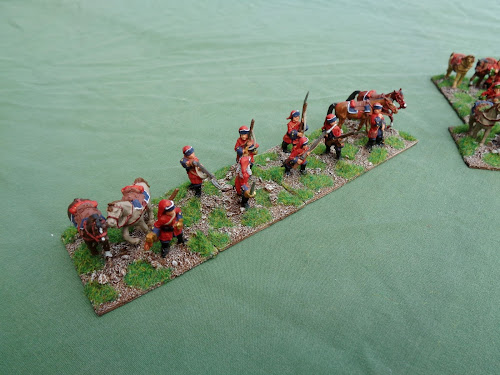 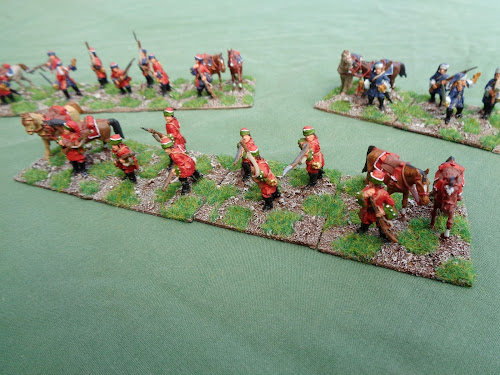 These are the last WSS figures in my stash and I'm now awaitng Strelets restarting production so I can acquire more of their promised sets.
Posted by Fire at Will at 15:04 2 comments:

More cavalry for the War of Spanish Succession

Time seems to fly by, I am way behind with my plan for the month. I had taken account of my weeks holiday, but on teturning all my painting efforts have been diverted to 1:1 scale redecorating the hall. Still I have managed six cavalry units, three each of British and French. 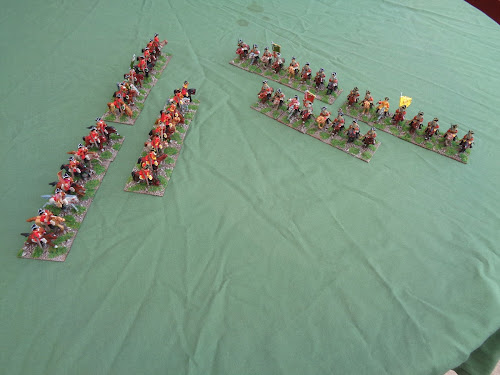 Magnac's brigade, made from the Strelets late war dragoons painted as horse as I have plenty of dragoons 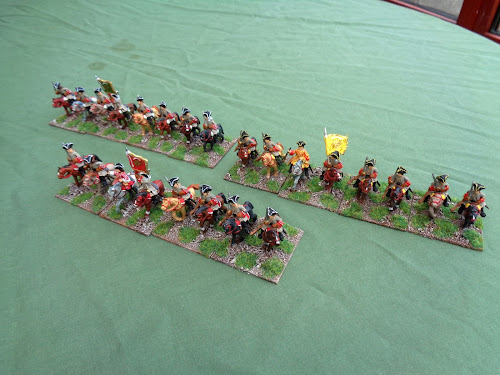 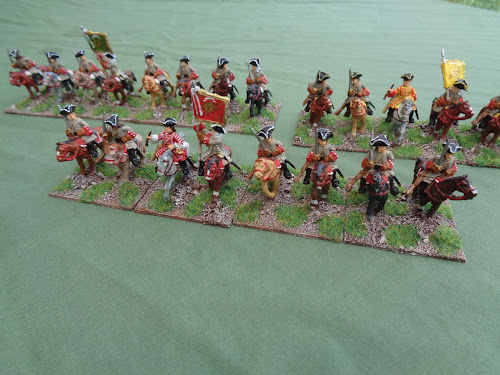 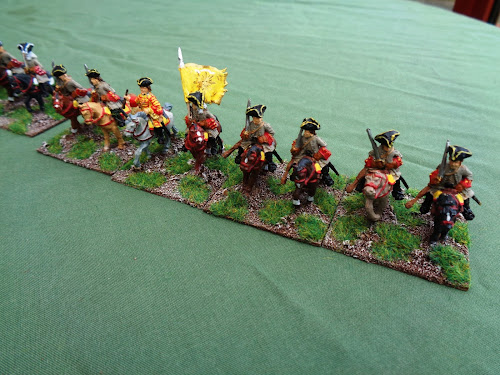 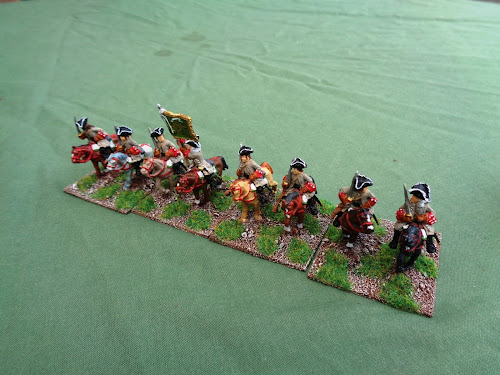 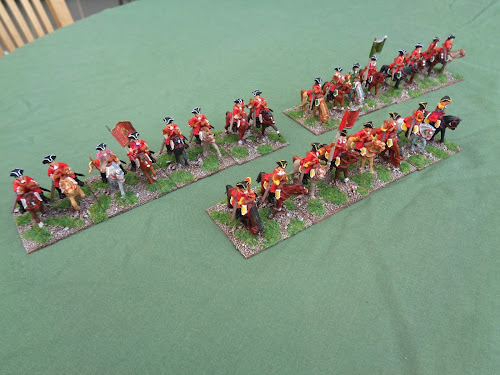 The Queens regiment of horse commanded by Lumley 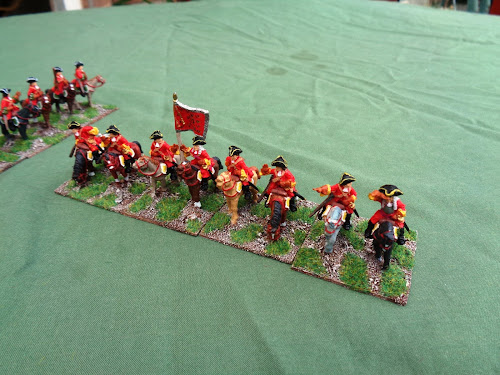 Earl of Plymouth's regiment of horse commanded by Wood 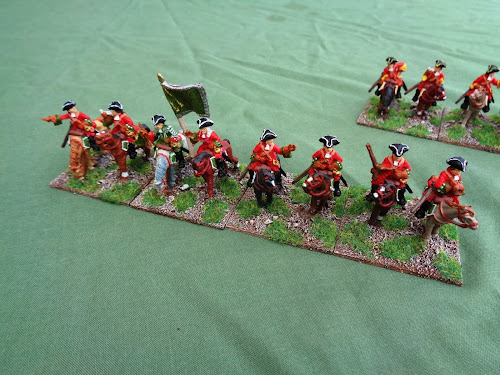 Duke of Shrewsbury's regiment of horse commanded by Cadogan 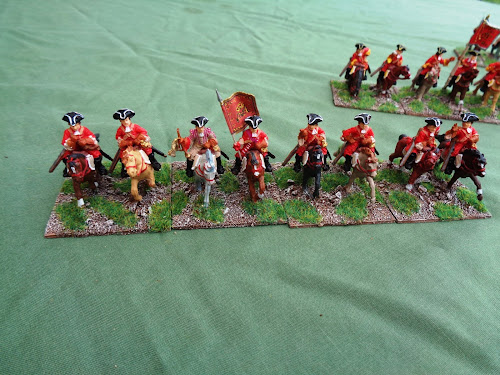 Some interesting pictures of the TYW/ECW

Always funny what you come across in your travels. On the way back from holiday in Ceredigion we stopped off at Powis "castle" . In one of the rooms there were some familiar pictures, but when I asked the guide I only found out they were generic battle scenes. Eventually remembering the name of the Flemish artist Pieter Snayers and adding "powis" up popped the pictures and far better than I could see them high up on the walls at the stately house. 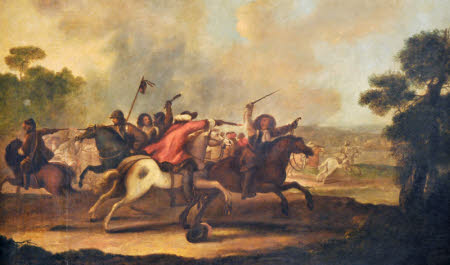 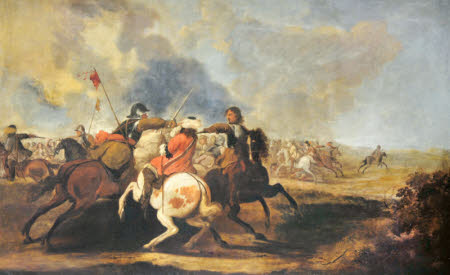 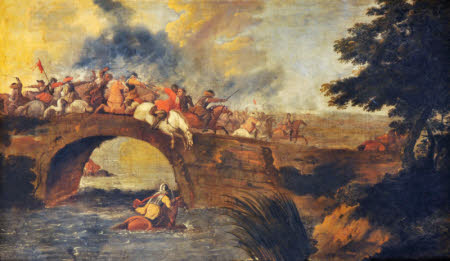 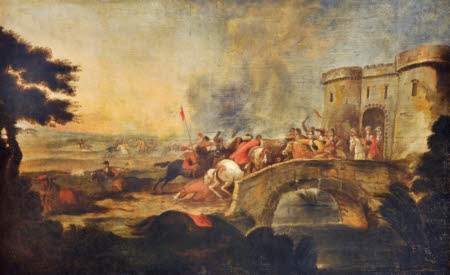 all said to be in the manner of Pieter Snayers (Antwerp 1592 – Brussels 1667). There is also one other in the National Trust collection so I'll have to pop down to Erddig, which is nearby to see it. 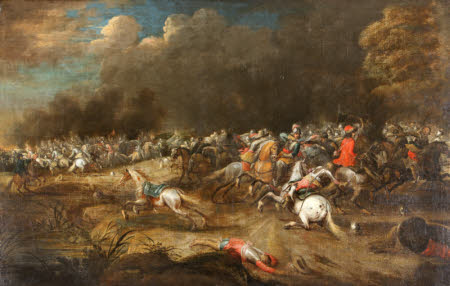 Bigger images can be obtained here
Posted by Fire at Will at 20:34 1 comment:

My recent output from my 3D resin printer

I thought it might be of interest to readers to cover what I have recently printed and illustrated in my previous blog post. 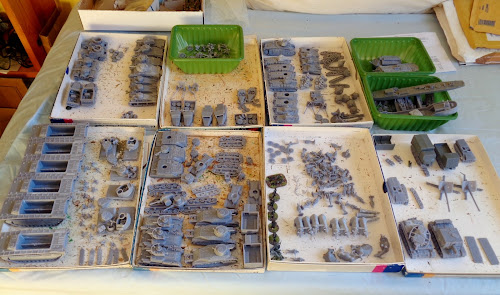 Starting from the top right tray and working round clockwise
Posted by Fire at Will at 19:12 No comments:

Another month and a new start to a quarter, at least I have printed the following

So my plan for April is Best wishes for the future to all Ukrainians at the moment, please donate to the DEC appeal in the UK or whatever is possible locally.
Posted by Fire at Will at 21:05 1 comment:

It certainly feels like a slow start to the year with only 268 items completed, but I also carried out my first print run of the year and generated a lot of stuff that now has to be painted.

First and foremost my plan is to meet with as many friends as possible, assuming that retrictions come to an end, other than that I'll be working on three themes. - underway - Beacon Wargames club is well established and we've had our first gaming day of the year. I also supported the Lance & Longbow Society at Vapnartak.


Game specific projects
Reducing the existing stash, I'd like to make at least a 10% reduction - underway - I have had a purge and sold some surplus on ebay
Exploiting the 3D resin printer
Posted by Fire at Will at 08:02 No comments:

A couple of Lanchester armoured cars, quite simply finished 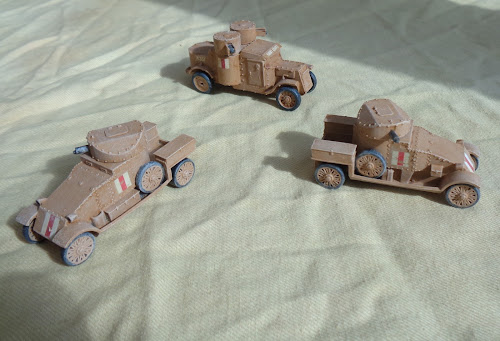 These are resin prints and one of my original Austins behind, they are nice models but I did manage to print one to almost 1/56 scale first by failing to check the scaling.
Posted by Fire at Will at 20:49 5 comments: