I spared some time to rebase my Teutonic Turcopolen in pairs on 40mm x 60mm bases rather than individually on 30mm x 40mm.
It means they can either be used closed up with a frontage of 120mm 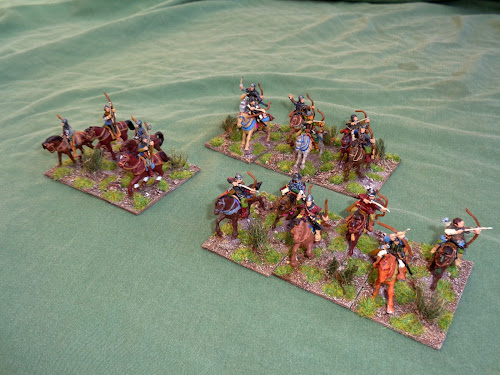 or dispersed with a frontage of 180mm. Figures are Strelets originally painted in 2009 (link). 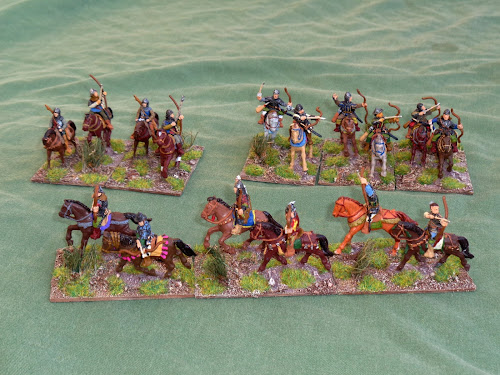 Also based at the same time were four mounted bowmen from other Strelets sets
Posted by Fire at Will at 18:34 2 comments:

One of the War of the Roses sets from Redbox covers these Scottish mercenaries. However their first outing will be as Polish Medium Cavalry for Tannenberg. 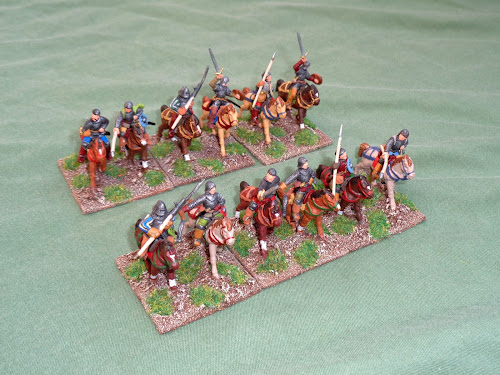 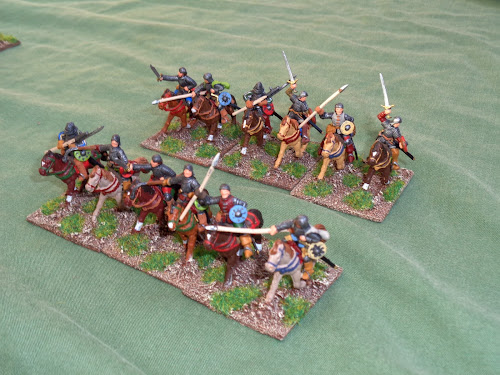 I'm quite pleased with the way these have turned out. On the original basing they looked far too consistent with all the identical poses, but now the contrasting colours seem to dominate 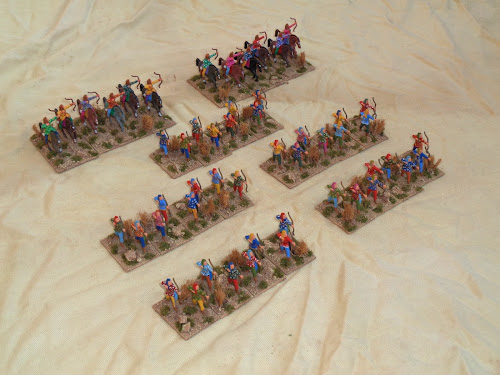 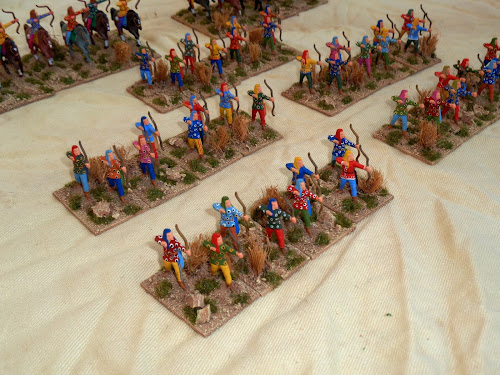 I modified some into horse archers with a upper body swap with the Greek cavalry. 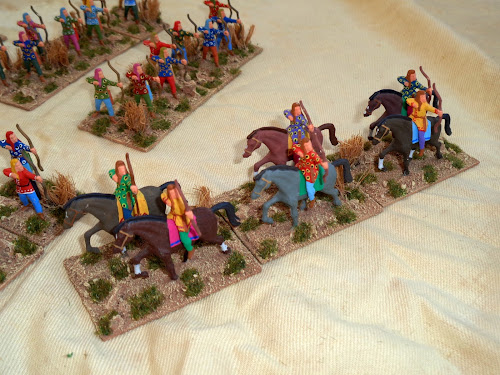 Typically I found the missing 20 figures when I was putting these away.
Posted by Fire at Will at 12:11 3 comments: 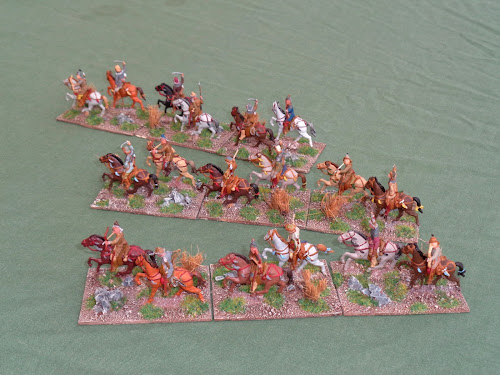 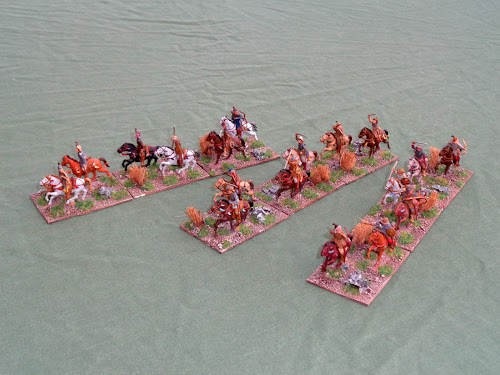 I had originally painted them to provide support for my Ottomans (link1, link2), but they are better suited to this period and although they were based to my current standard it was the wrong size so it had to be changed.
Posted by Fire at Will at 21:47 4 comments:

A bit of an odd month as I'm way for some of the time and I need to get things ready for the Tannenberg 1410 game for Vapnartak. Typically the extra figures I have ordered have not arrived yet. So I need to work on some other bits instead. I'm also working on a plan for the Persian Army to give the most flexibility for different rule systems.

There is one big project for 2020, which is to build an ancient Achaemenid Persian army and two minor ones, which are fleets for Cruel and Black Seas. For the remainder it is completing what was left from 2019. On shows, it will definitely be Vapnartak, York in Feb; WMMS, Wolverhampton in March; Phalanx, St Helens in June and Recon, Pudsey in December. At Vapa I'll be running a Tannenberg game for the Lance & Longbow Society.

Painting output was 2,330 items, which compares well with 2, 508 last year given my health problems.

Stash reduction
Thanks to some efforts to restrain my purchasing and some sales the stash is now at 6,447 items compared to 7,747 last year and 6,964 the previous year. A great success and I hope it continues.

A difficult year, it started well, but then progress almost stalled after I was unexpectedly catheterised. Once I had my prostate operated on and I got back to normal, I made some good progress so overall my painting output has been quite reasonable. The noticeable effect was that I couldn't work on any terrain, I usually do this in the garage when the weather is better. Overall output of 2,330 items, more on this in part 2.

Shows I managed to attend were Vapnartak, WMMS, Phalanx, Bovington, Britcon and Recon. I would have liked to attend more, but I just wasn't available at the right time/place, in particular it would have been nice to get to Partizan. The shows were all enjoyable, four were with the Lance & Longbow society, WMMS with SOTCW and Bovy as an normal visitor.

Gaming, most miniature games I played down at Deeside Defenders were Battlegroup and the Dan Mersey rules and I enjoyed trying a lot of varied armies with Patriots and Loyalists. Other evenings were filled with RPG, etc.