Certainly feels like I'm not finishing very much as I'm spending all my time on my resin printer. So my backlog is building up here is my current mas of work in progress. 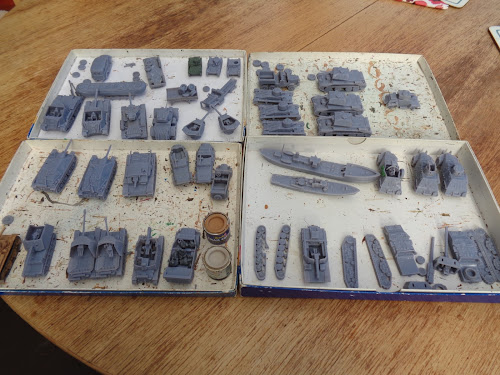 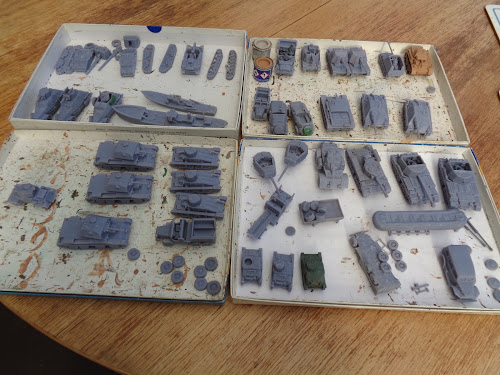 The presence of paint pots does indicate my intertion to get some painting done soon
Posted by Fire at Will at 07:01 3 comments:

Completed painting my first home produced vehicles, all artillery tractors except for the 203mm B4 Howitzer 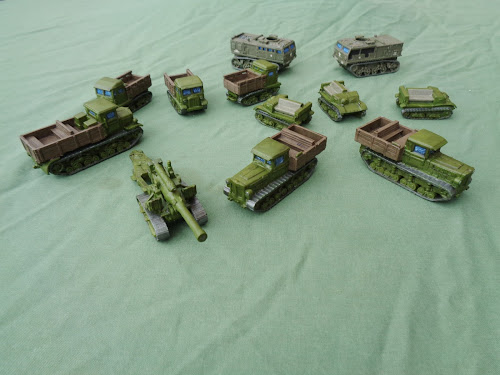 The Voroshilovets is for the 203mm, Komintern for 152mm, STZ for 122mm and the little T20 for any smaller guns. At the back is a pair of M4 High Spped Tractors I managed to recover from my big printing failure 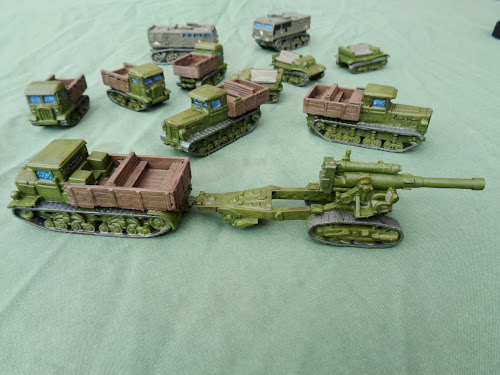 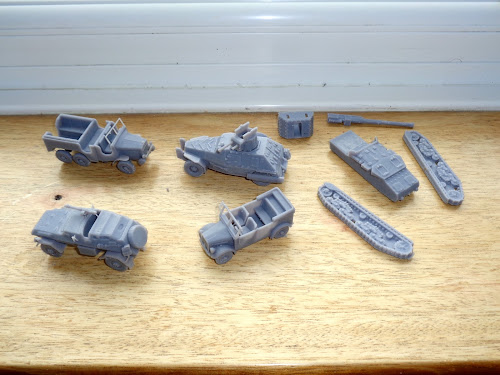 Nearly two and a half years on from the previous point game, the latest event was organised. This time the action is set in the C18 on some Indian Oscean islands called the Woebetides. They are desputed between the British, French, Arabs, and indigenous tribes. I took quite a few pictures of the terrain before we started, as once we did start there was little chance to review the action elsewhere on the table. 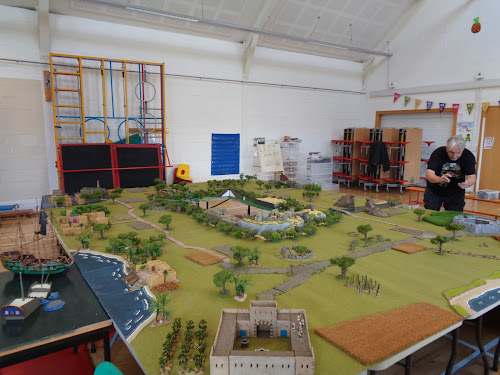 The Wali of Smut's palace 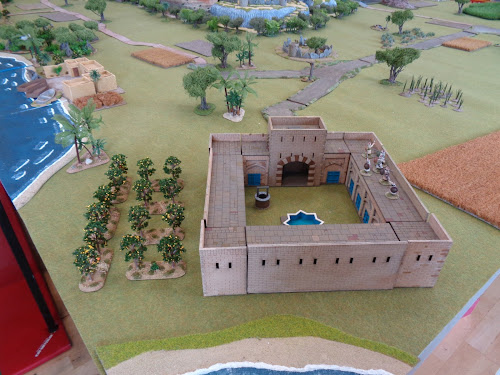 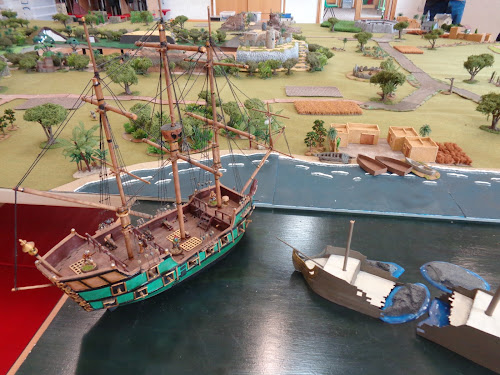 Pandigore with its Hindu temple 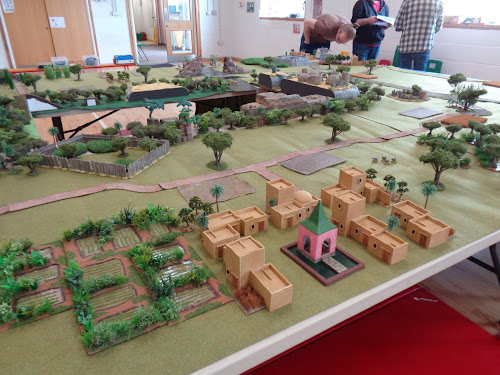 The French base - Port Charles 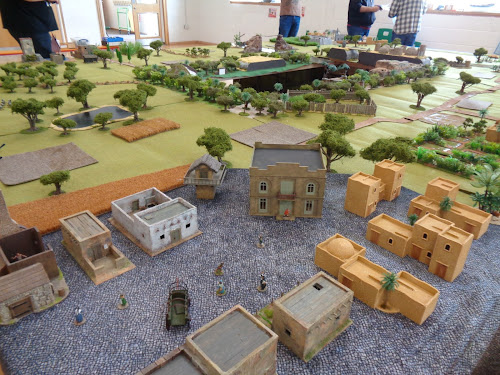 SE of the island - with Djouadd to the left 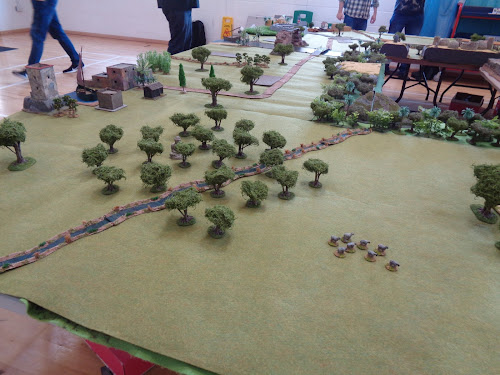 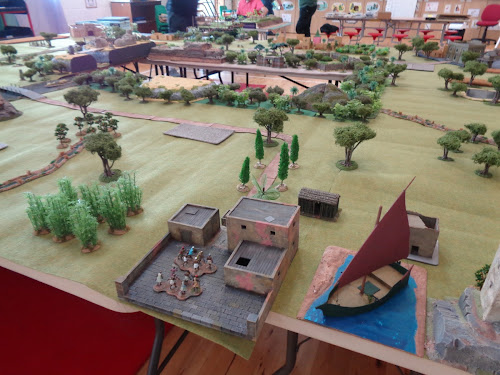 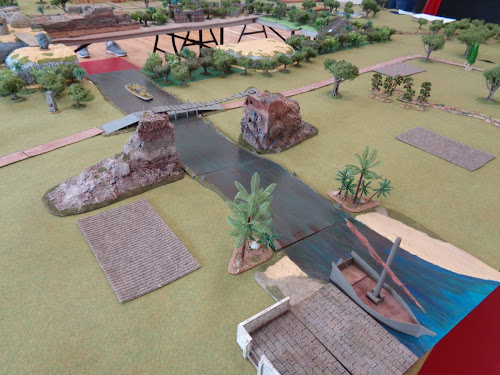 Fort James the British base 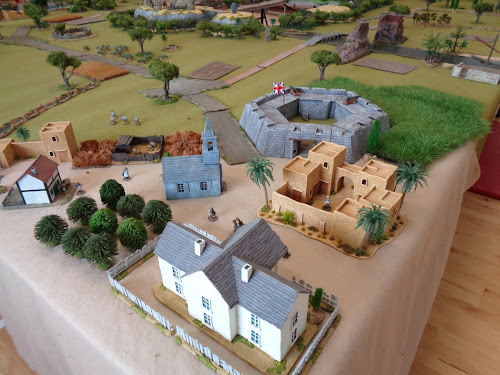 the British HQ (Gary should recognise this) 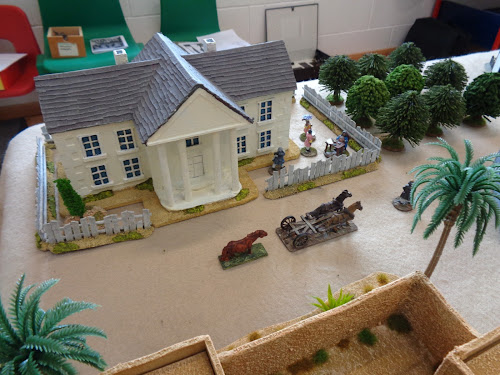 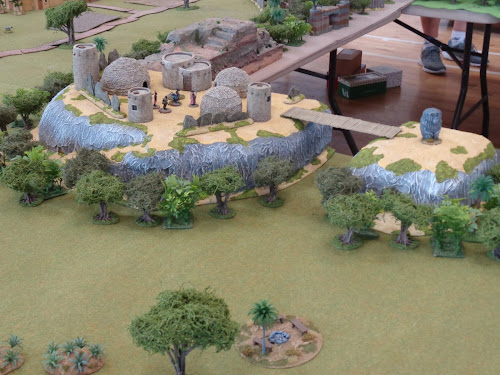 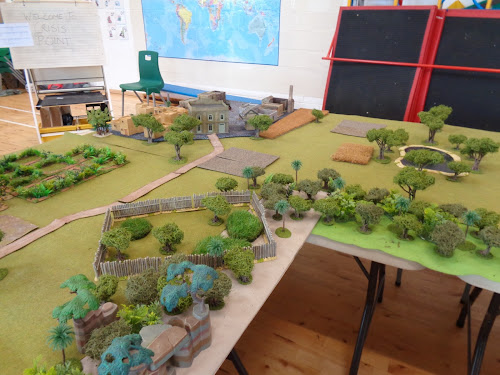 View from the cental highlands towards Djouadd 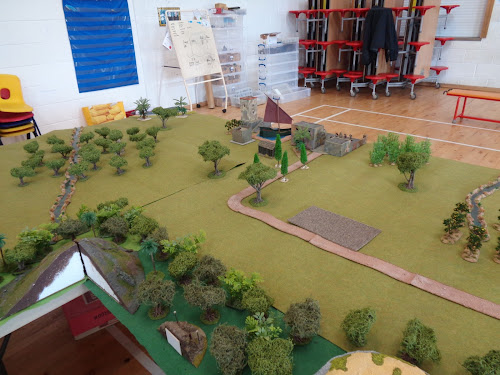 View from the highlands to Fort James 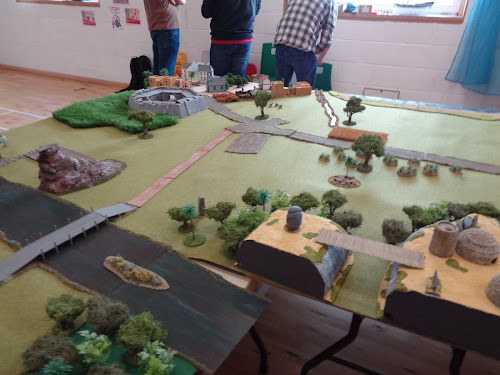 and to the Wali's palace 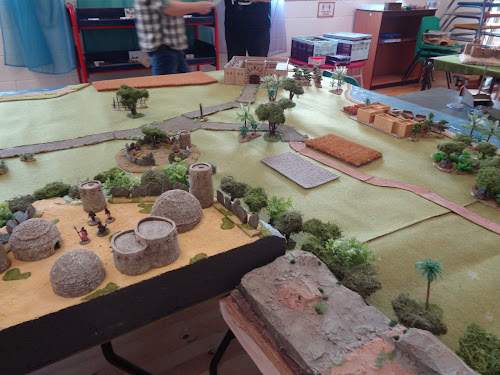 The main entrance to the palace 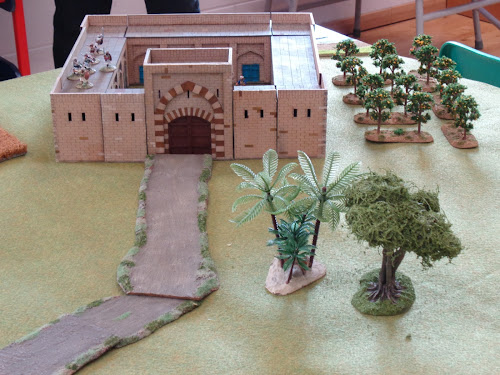 More Arabs over on another island 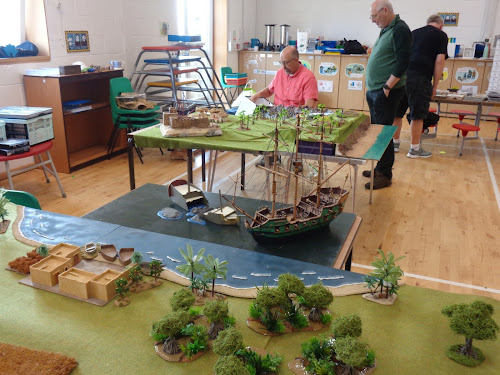 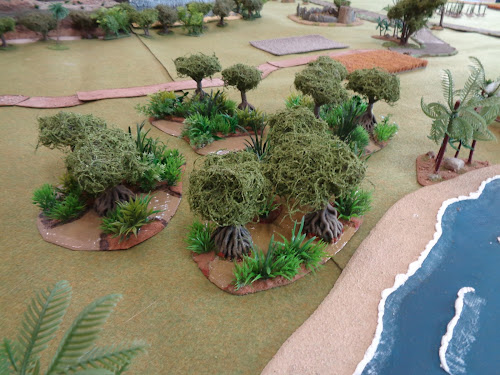 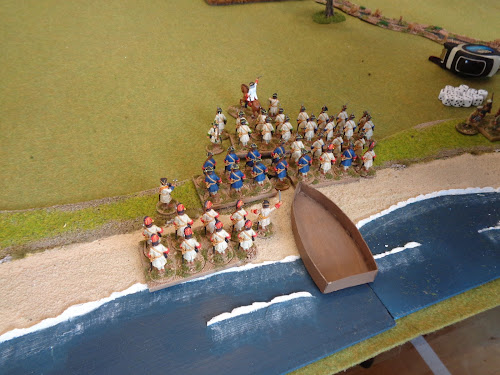 From here on I was too involved in the game to take any pictures, but I'll attach links to any blogs etc. that have more details.

The trials and tribulations of 3D printing

It's a hard learning curve this 3D printing malarkey and it's taking a lot of time. Every thing I think I am making progress another glitch appears.

Here's my latest progress (hopefully usable prints) The ships were left in the sun to dry and cure, but as the resin was still soft they have a slight curve. 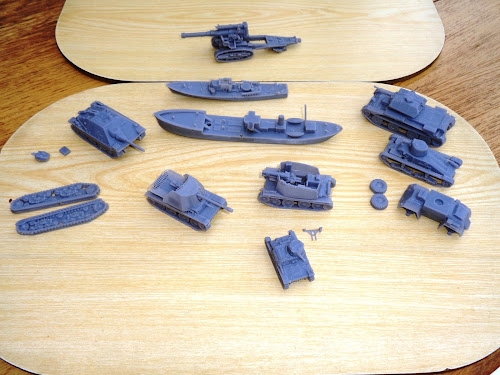 However I had another major fail, resin leaked through the FEP sheet this time distorting several prints, I'll have to wait till replacement FEP sheets arrive, luckily I had already ordered them. 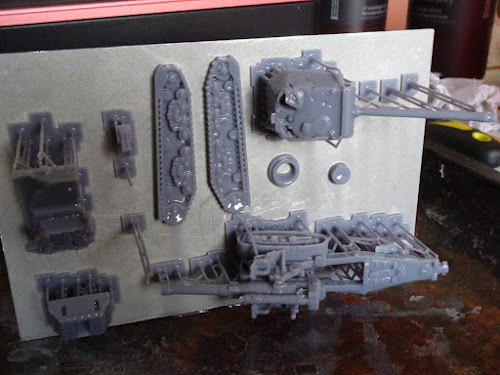 A close up of my previous successes 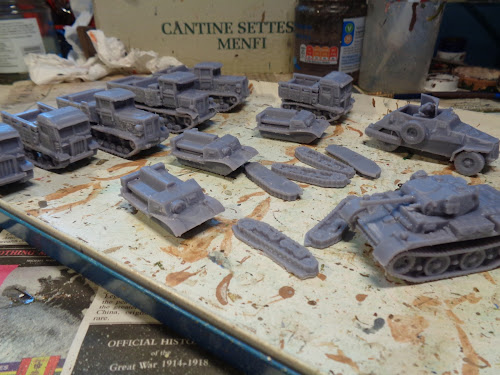 and the fails, but I have managed to recover a couple of the HST and a single sdkfz 247 from bits of the other two. 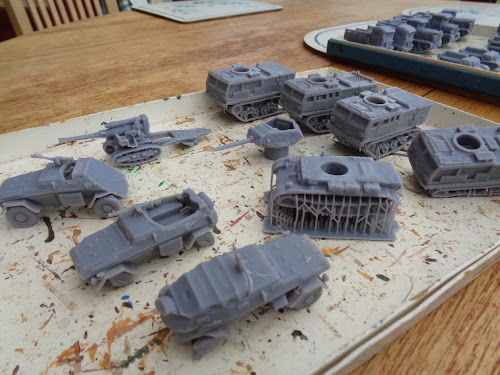 Very low output in August for two main reasons, dog sitting for my daughter and more drastically buying a 3D resin printer. The printer had to be set up, then the software loaded on my laptop, then suitable designs traced and finally prepared ready for printing. I'm still at the learning stage and various mistakes are creeping in. Here's the workbench 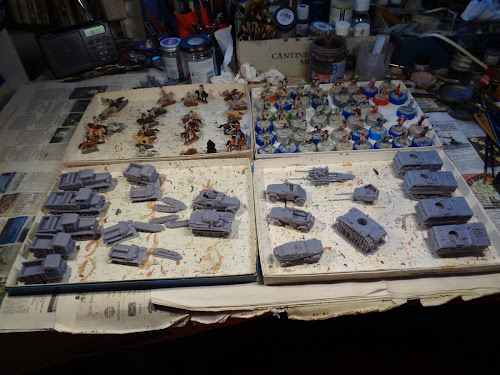 At the front are the vehicles I have printed so far, passible to the left, fails to the right.

I think the month will be filled up with:

Finishing the Redbox musketeers of the King of France and guards of Cardinal Richleau both mounted and on foot. They are very nice figures.

Printing a selection of 1/76 vehicles and then painting them. I hope to include at least
Posted by Fire at Will at 16:47 2 comments: