A mixed bag here of skirmishers, artillery and commanders. It's always easier to painted large number of irregulars (non-uniformed) troops in larg numbers, so these all got completed at the same time. 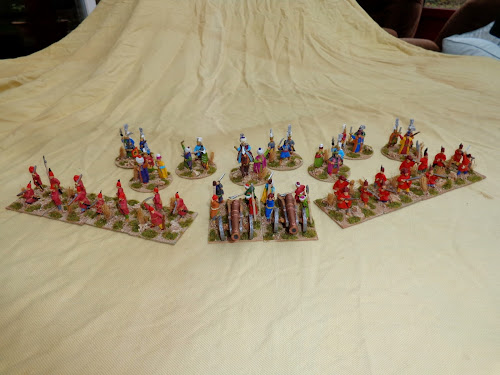 Some Mars Turkish Heavy Artillery, certainly not the best figures, but quite intimidating. 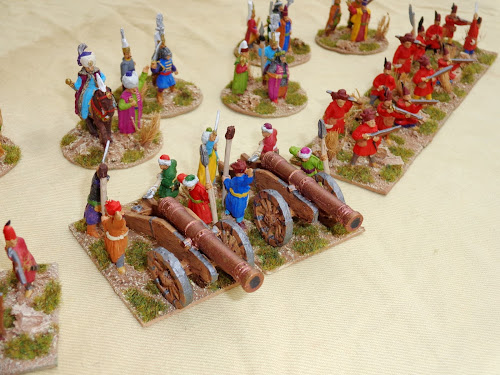 Mars Turkish Infantry Tufeki - again not great, and I had to mix different headgear to make consistent units of these skirmishers 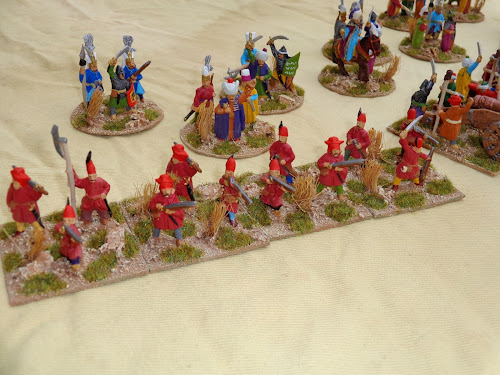 Red seemed to be the favoured colour for Tufeci so I painted the second unit a different shade of red. 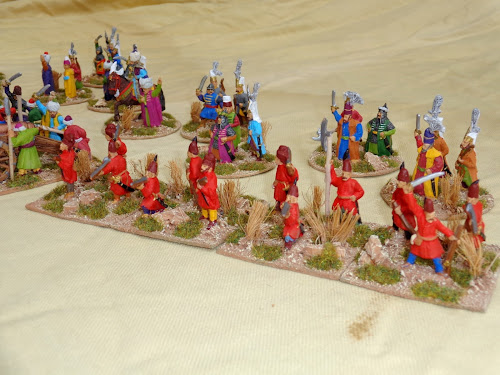 At the rear are various vignettes mainly from the Mars Turkish Headquarters figures, that I will use for either commanders or decoration for an ottoman camp
Posted by Fire at Will at 06:54 5 comments:

I had forgotten that I had prepped these until I emptied the bag of washed figures from the dishwasher. being more regularly uniformed they got finished first. On the right is the campaign uniform, on the left parade uniform (less the decorative breastplate). 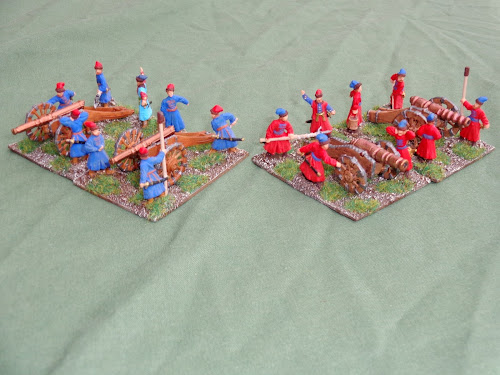 Figures are the Redbox Russian Artillery (17th Century), unfortunately they only provide two guns (those on the right)
Posted by Fire at Will at 15:06 2 comments:

Something a bit different, hopefully this picture will make clear how I'm reusing the left over bits from the PSC M3 Stuarts to create some extra ones for my British 8th Army 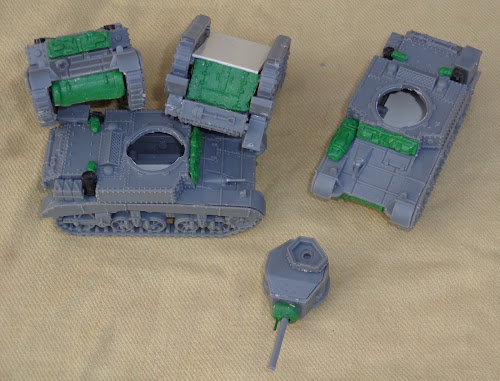 I'm sure if I costed my time it would definitely be cheaper to buy more PSC kits instead, but I do enjoy the challenge

Keeping up the theme, this time some M3 light tanks from Plastic Soldier 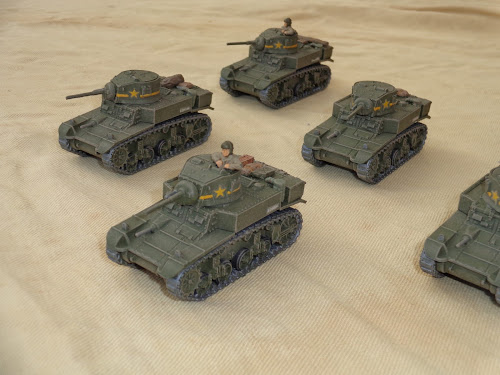 The yellow star decals were from I-94 sold by Pendraken, but the yellow stripes were hand painted. 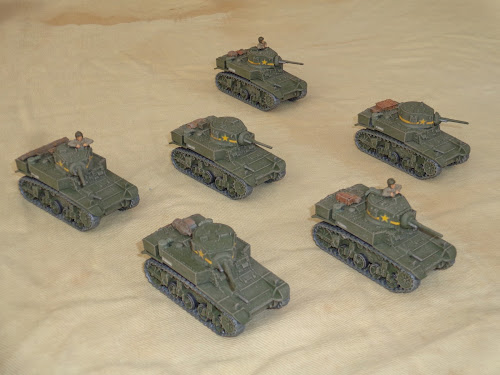 I'm not sure how much more Torch specific equipment is needed, but I now have enough decals left over to cope. 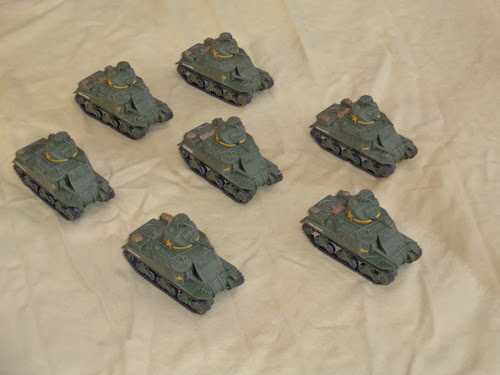 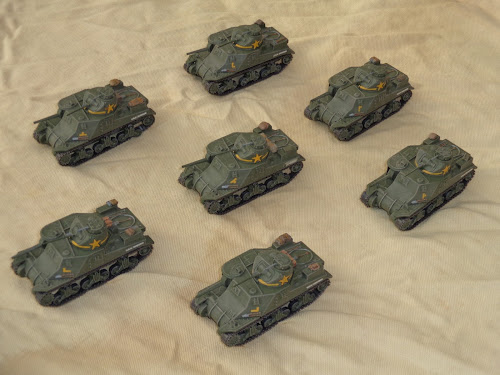 The demo games on the ground floor this year were very samey, the more interesting ones where up on the mezzanine level 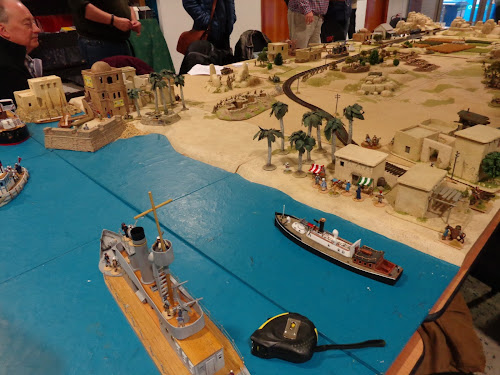 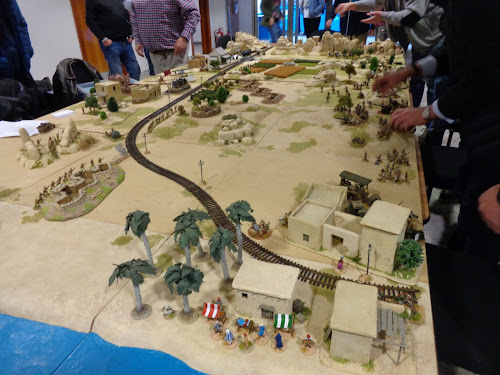 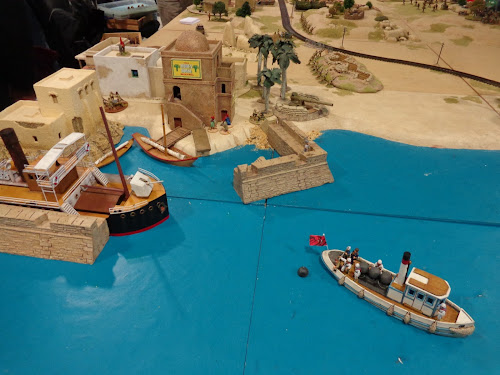 A Sudan game, but lots of empty space 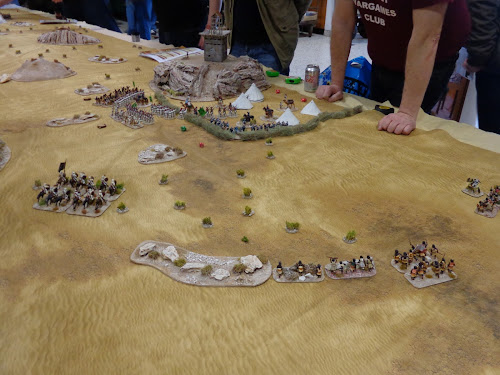 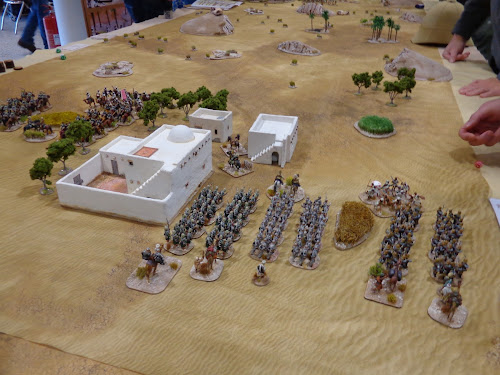 The usual display, supposed to be the battle of Preston 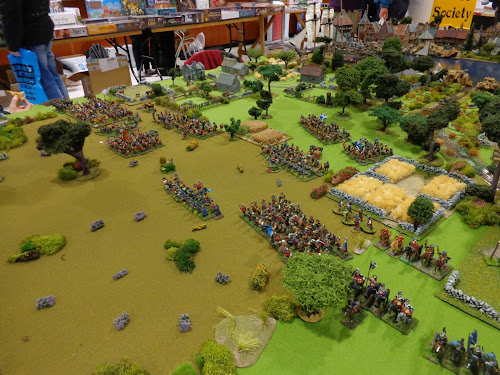 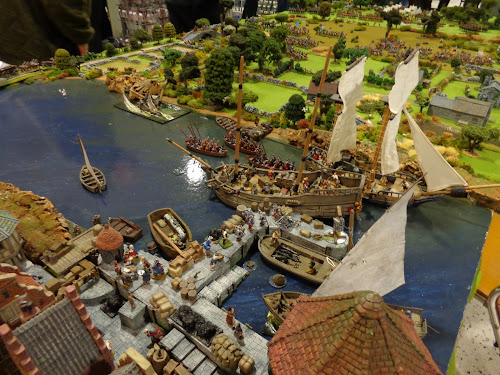 Upstairs was where the real interest was.

A nice bit of snowy terrain for a fantasy game 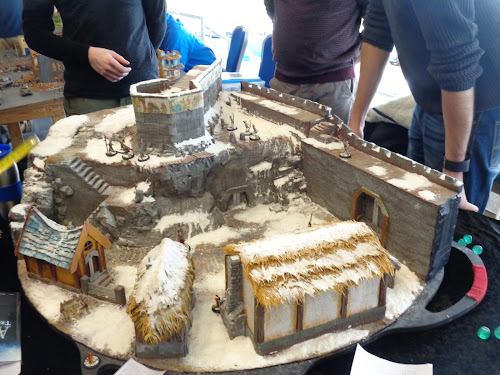 An Italian wars game, spot Leonardo's tank which has broken down. 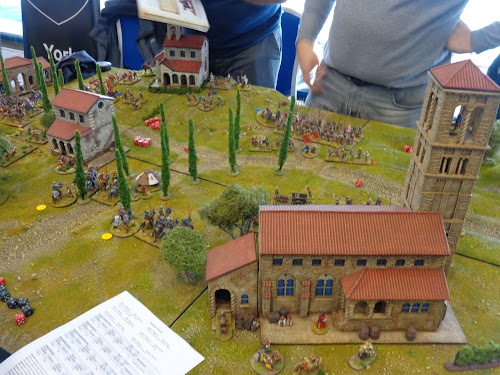 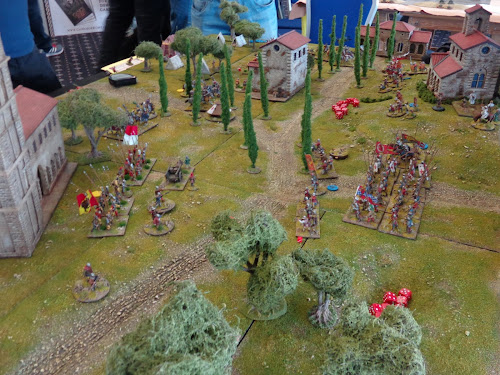 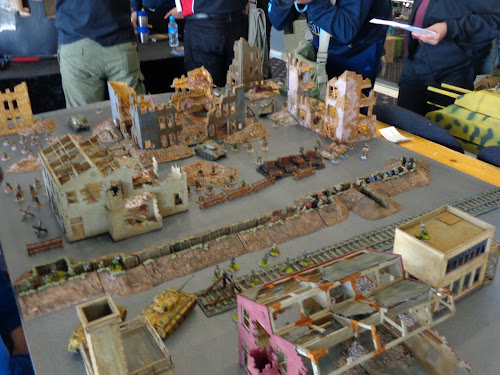 The galleys are interesting 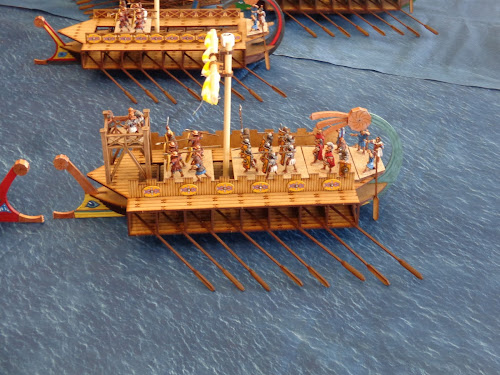 As I was manning the Lance & Longbow stand I didn't get much time to view the show, but the table sale was a scrum. It wasn't the nightmare of "Not-Derby" but they need to rethink the way the use the space for the whole show to reduce the number of blockages. Also reduce the size of the downstairs demo game tables and fit a couple more in.

Purchasing, very little - a book on the second Barons war, a couple of packs of figures, I-94 decals and some Army painter washes.