Last of the Greeks - commanders and cavalry

The last but hardest stage of rebasing my Greek army, and it is now completed. 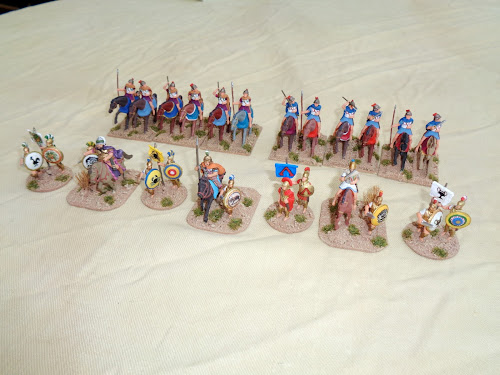 A couple of the mounted commanders were 25mm metal figures, and the other was a Rospak conversion. I gave each one a supporting infantryman, for the others I added some standard bearers from the last remaining hoplite figures. It's not clear if the ancient Greeks used Vexillia, but it looks much better. The Spartan commander was a Rospaks Roman centurion and his standard bearer was a odd Rospak phalangite that I found in a job-lot of figures. 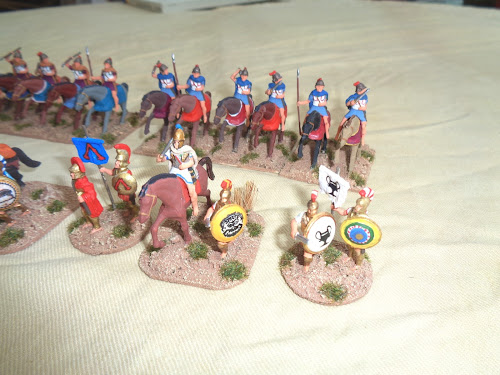 For the Thessalian cavalry I used some Rospaks that had been converted to Companions with tinfoil cloaks. I removed the cloaks, replaced a number of arms and repositioned the heads before adding new cloaks from greenstuff. 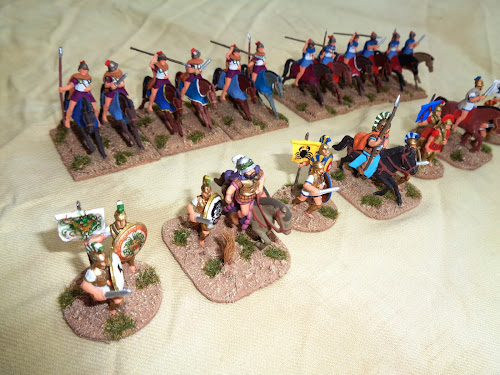 The last of my SYW cavalry figures, once again using the Revell Austrian SYW Dragoons. 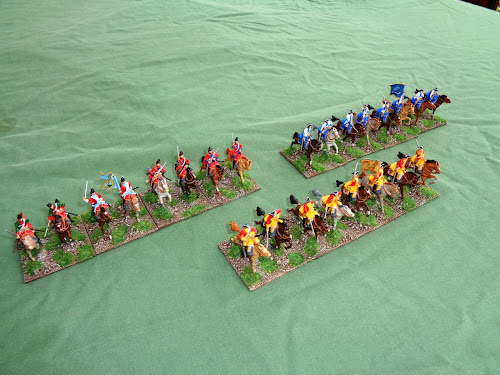 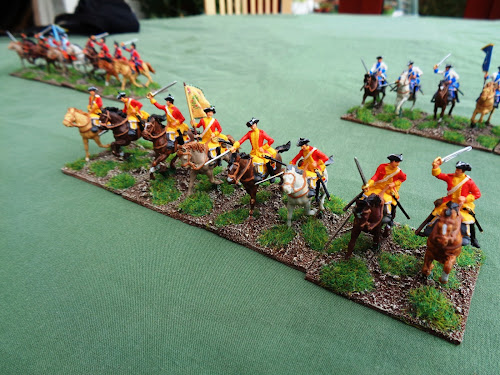 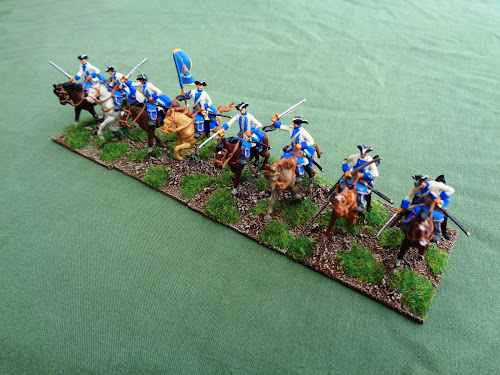 Austrian combined horse grenadiers, These had their tricorns replaced by bearskins and painted to match each of my existing dragoon regiments 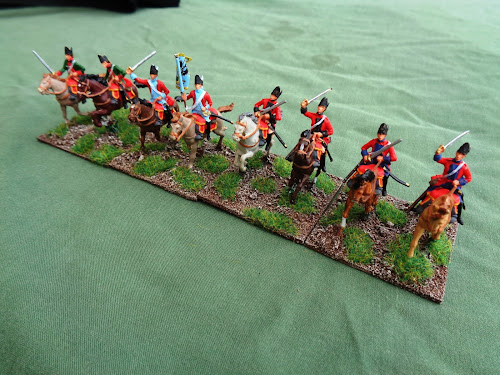 I decided not to paint any of them as French as there are some nice new WSS French cavalry in the pipeline from Strelets, and I'm sure some of them will be suitable for the SYW or WAS.
Posted by Fire at Will at 16:42 3 comments: 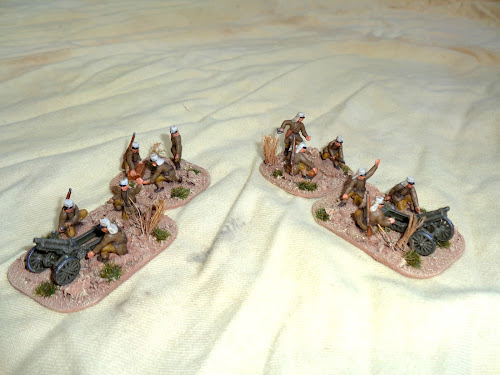 Plastic Soldier review found a number of faults in the uniform, but they are not really noticeable
Posted by Fire at Will at 17:17 7 comments:

A small bit of catching up on WW2 with these Orion figures. They are very nice sculpts, but unfortunately they are a bit too large for some of my 1/76 scale vehicles that are missing crews, so only the figures I will use dismounted are shown, the remainder have been safely stored. 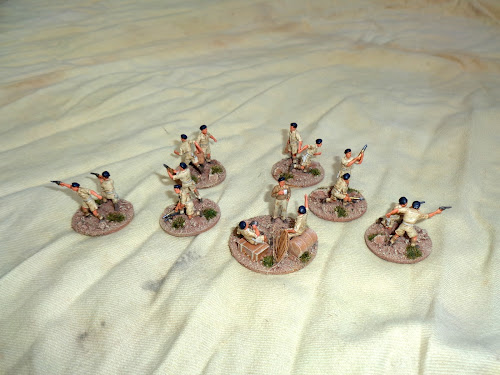 The Monty figure with a mug is a nice touch
Posted by Fire at Will at 16:28 1 comment:

Most of the year gone already and I don't see much chance of getting any gaming before 2021. Overall painting progress is still good with 1,655 items completed which broken down by period gives:

Looking at the plan in detail

A quick start to the month as these only needed basing. I've used some left over horse archers from the HaT Andalusian Light Cavalry as Bedouins. 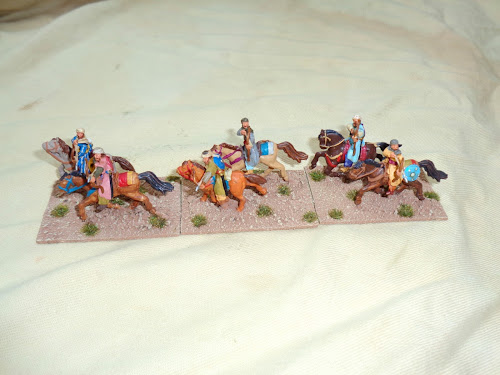 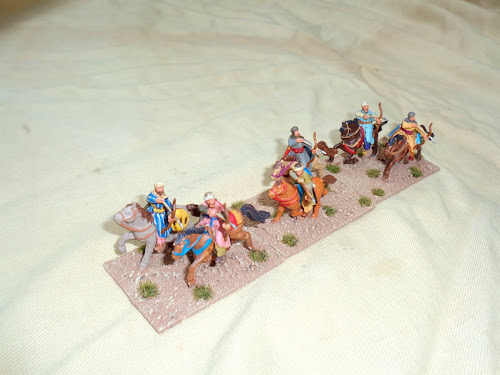 Well another month has passed and we are back in semi-lockdown, at least I have plenty to be working on even if I can't get go go gaming. This month's work includes:
I'm having a bit of a clear out and various bits have gone on ebay
link
Posted by Fire at Will at 20:50 1 comment:

I delayed buying these HaT figures until recently as I disliked the rubbery plastic they were using when they were first issued, Since then they have reverted to a more normal soft plastic, so I invested in some. These are 1813 Landwehr, painted up as the 4th battalions of my line regiments. 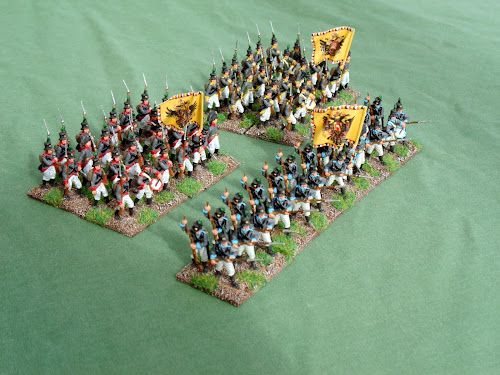 I already had two battalions, one of converted Springwood Austrians and the other a very rough and ready reuse of some Airfix Confederates, the later will certainly now be retired. 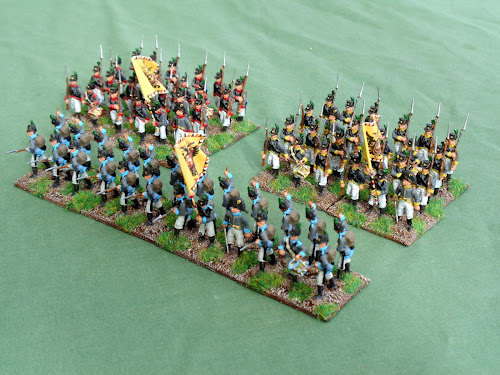 The remaining figures will be used in due course for German light infantry and as head donors to make for some of the more unusual Austrian troop types.