Some bits for my late war Germans

A pair of Borgward Wanze for Fall of the Reich games and a brace of 88mm Pak43s. 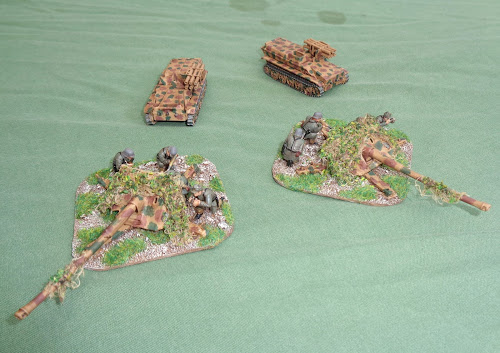 I have deliberately added the camo nets to the Pak43s to hide the slight distortion in the gun shields. They were printed so thin that they warped almost as soon as they cured. Hot water and superglue got them nearly correct, but they are very fragile and the nets also protect them. Crew are repurposed PSC Pak38 crews with some 17pdr rounds (close enough to those for an 88mm).
Posted by Fire at Will at 17:34 2 comments:

The rest of my desert Italians

I have found the missing Stelets Italian Desert patrol and painted them, so here they are along with the Saharianas I will be using them with. 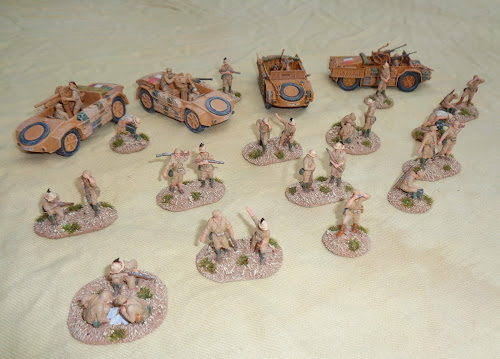 The SPA-Viberti AS.42 Saharianas are a mix of my old Frontline resin model (left) and the newer Italeri plastic kit (right). 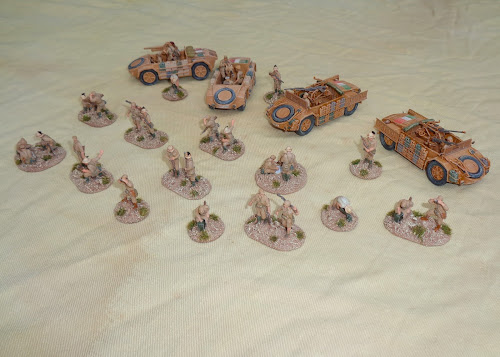 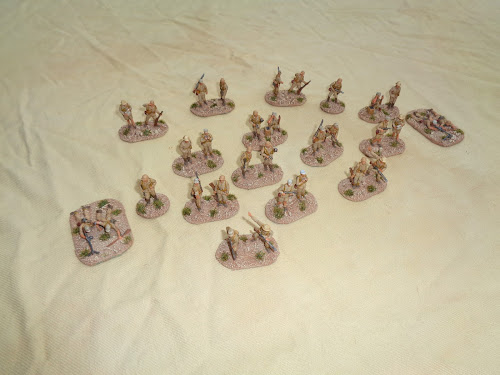 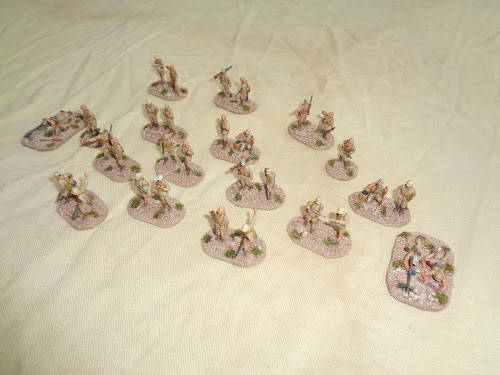 A few Italians for North Africa

Some of the latest output from Strelets, Italians Infantry in Defense and Obice da 75/18 Mod 35 Howitzer & Italian Crew. Unfortunately I somehow missed the other figures from Italian Desert Patrol. 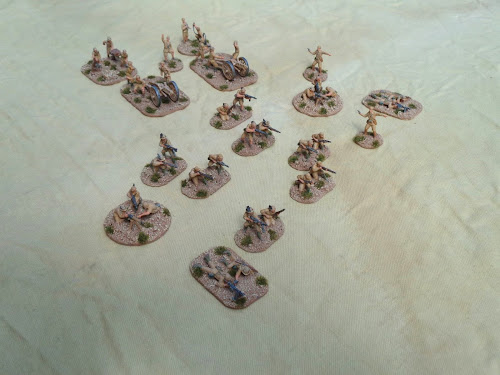 Italians Infantry in Defense - slightly heavy in MGs but that is what I was short of. 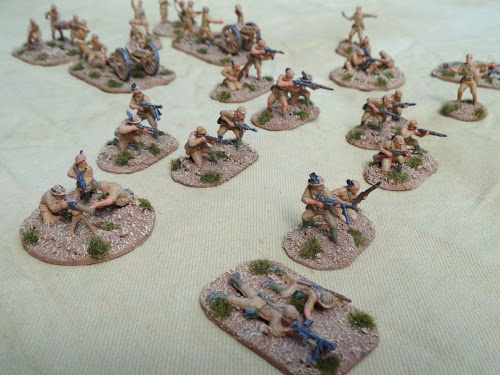 Obice da 75/18 Mod 35 Howitzer & Italian Crew - I do feel I need to add the gun shield to the howitzer as it looks naked without it. There were enough figures in the pack to crew the two guns, a loader team commander and an OP/radio team. 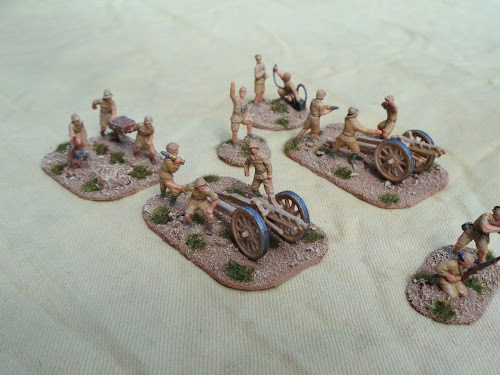 Meanwhile I have been battling the delights of a new computer with Windows 11 and slowly managing to get it to do what I want, not what it thinks I want!! Tthe above photos are not as crisp as those from the previous app for Windows 10 so that still needs to be resolved.
Posted by Fire at Will at 16:54 No comments:

Slightly slow, as I learn to navigate my new Windows 11 laptop, all my 3D printed extras to support my WW2 Japanese. 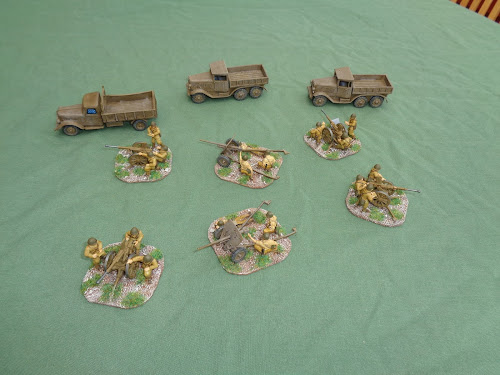 All the 20mm AA guns and crew are sourced as STL files and printed on my 3D printer. Similarly the trucks, although I have problems with uncured resin remaining in the cavities (I had to bin one as I couldn't recover it). The 47mm AT guns are 3D printed, but the crew are from my 70mm infantry guns, I need to find some proper crew for these. 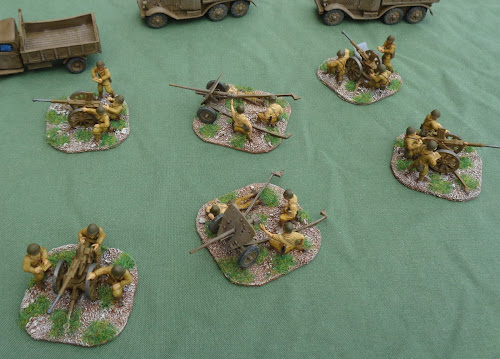 Somehow I failed to post any pictures for this, but here they are now. Will 6/2/2023
Our Lance & Longbow game, the Ottoman relief of the seige of Buda 1541 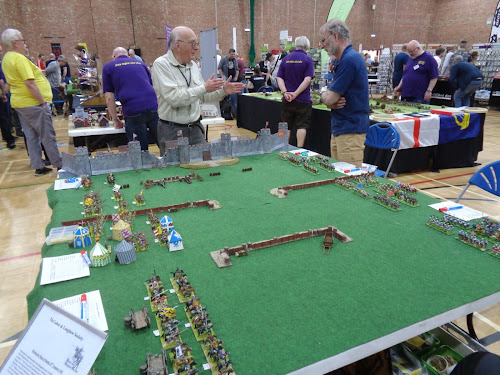 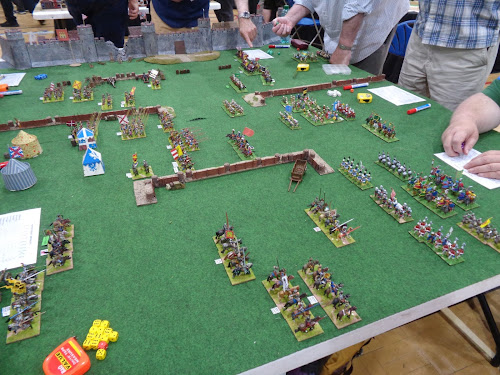 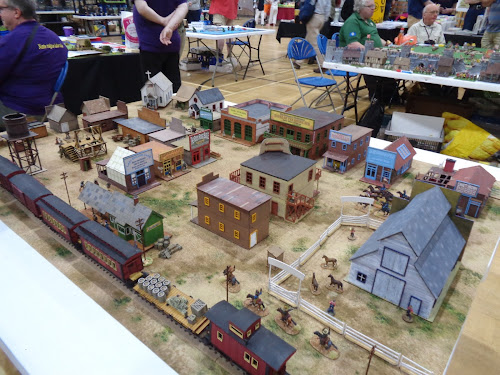 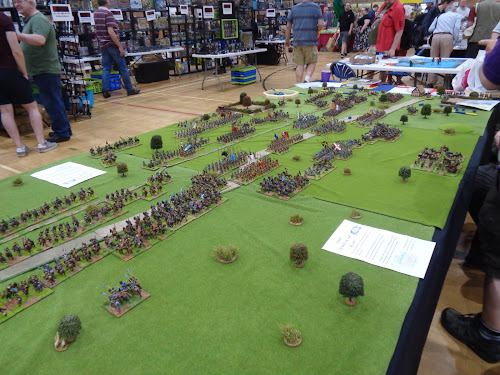 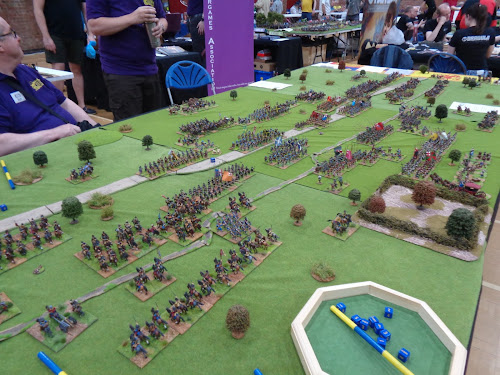 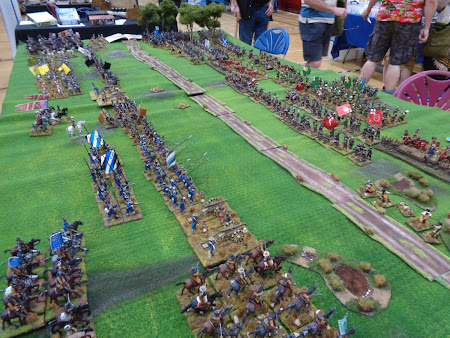 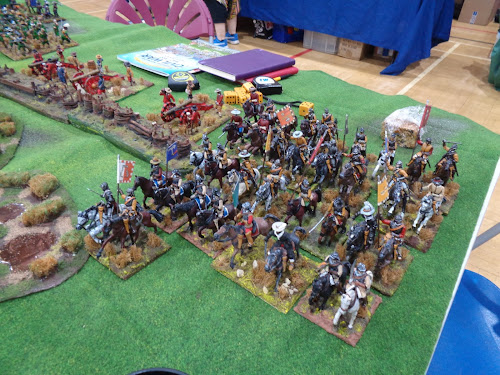 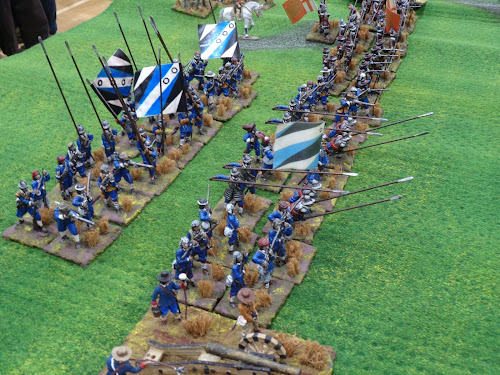 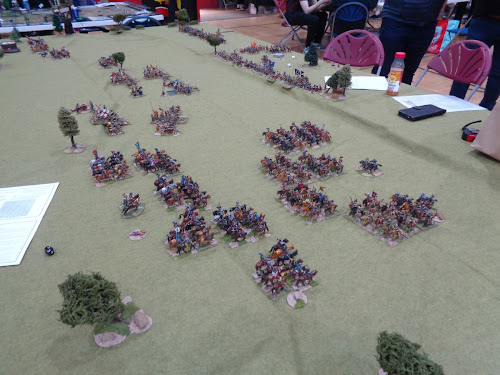 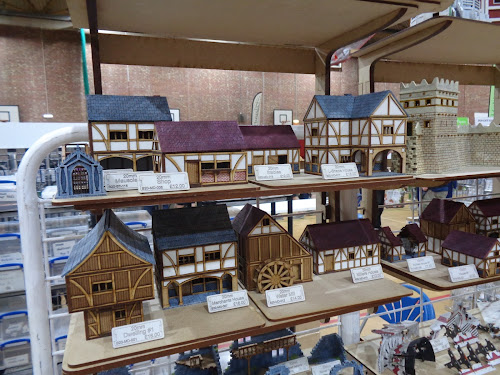 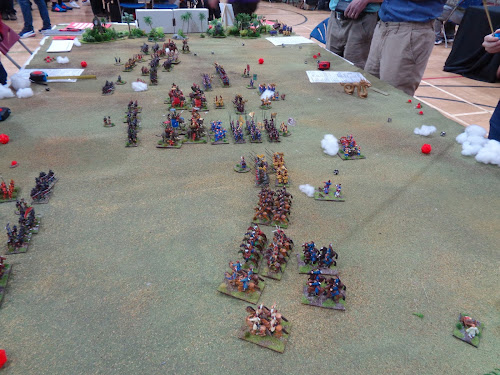 Well, June was another choatic month and I don't see any prospect of the situation changing for a while so I'll just get on with painting/modelling whenever I get the chance.

Left over from June And then onto


I will also be at Attack in Devizes on Saturday 16th, so a chance to get together with friends "down south"

Or rather lack of progress, with the same pace continuing in Q2 as in Q1, and only completing 503 items. This is partly due to a number of problems with my resin printed vehicles, most of which have had to be drilled and drained of uncured resin. Even so some have still split and some irrepairably so.

First and foremost my plan is to meet with as many friends as possible, assuming that retrictions come to an end, other than that I'll be working on three themes. - underway - Beacon Wargames club is well established and we've now celebrated our first birthday. There have been less shows than pre-Covid and family comitments have prevented me from attanding others, luckily they do mean I will get to Attack at Devizes in two weeks.


Game specific projects
Reducing the existing stash, I'd like to make at least a 10% reduction - underway - I had a purge in Q1 and sold some surplus on ebay
Exploiting the 3D resin printer - I'm learning about post production problems, I have lost several vehicles due to the models splitting. So once I start printing again I need to make sure the same problems don't recur.
Posted by Fire at Will at 16:22 No comments: