With the exception of a few colonial casualty bases I've cracked through my January workload in fine time, so it's time to move on to my latest target. It's quite ambitious and I suspect it will take more than February to get them all completed, but here goes:
So a big list, but difficult to break down into smaller chunks as they'll start off as big batches and then gradually shift over to work on individual battalions and squadrons.
Posted by Fire at Will at 07:25 4 comments:

Just like the Russians the Zvezda Art of tactic Germans have a limited range of poses, marching and firing with rifles and knelling with an SMG. The MMGs are excellent and fill a useful gap, though I would have preferred a loader rather than an observer. 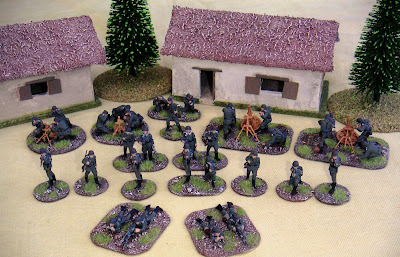 In the background are my Pegasus German mortar teams that I upgraded at the same time. I also mixed in a couple of Fujimi figures (third row)
Posted by Fire at Will at 21:57 5 comments:

Snow on their boots

The last of this current batch of Russians and the remains of the Pegasus Summer/Winter Russians. Addded to my Revell Siberians, etc I now have enough winter based Russians for two battalions, but of course no Germans yet! 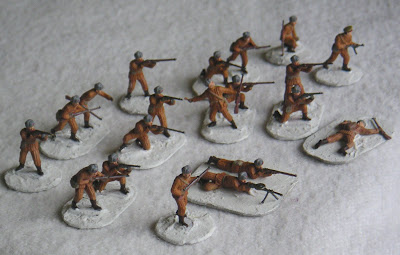 and other patriotic slogans, after some entertainment with the tracks my latest Russian Armour is finished.

First off the venerable Airfix T34/85. The kits were quite old and the tracks were rather inflexible and wouldn't bend round the road wheels, so I put them in the airing cupboard to warm up and they then bent into position. Next morning a couple had snapped so they were welded and glued back in place. Then off on holiday and on return, yes another one had snapped so another fix. No others have suffered the problem since then, but I do wonder what might happen once they get stored in the cold attic. 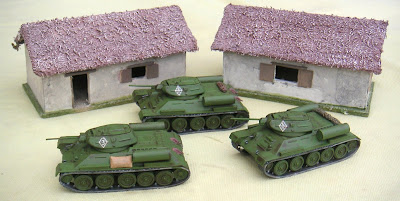 Then there is a Fujimi KV1, I had track problems again, this time with them not being long enough (they must have shrunk) so I had problems fitting them, including snapping a front idler. I then had to drill it out and strengthen it with wire. 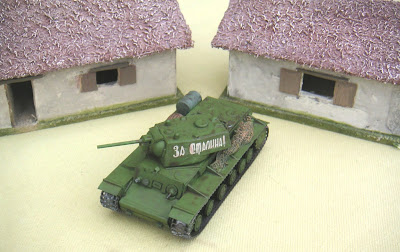 All now completed, but it shows the problems of leaving kits too long before assembly
Posted by Fire at Will at 13:41 5 comments:

After all the cold weather I booked a last minute holiday to Marrakech. A week of continuous sun was just what I needed. My wife and I managed to do every museum in the city, but there was nothing of note militarily except an old battered French 75mm gun in the middle of a traffic island by the main mosque. 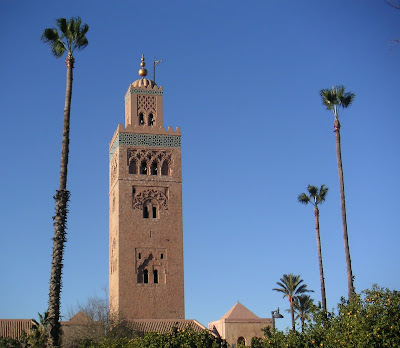 Now back and refreshed after an excellent holiday. I've also managed to catch up on a substantial reading backlog as well.
Posted by Fire at Will at 11:44 2 comments:

I've completed the Zvezda Art of tactic Russian figures. The pair of MMG teams are easy to spot as I kept them complete. The rest are scattered amongst the Pegasus Russians in summer uniform and are the ones with helmets. Conveniently the Zvezda riflemen had puttees like the Pegasus figures, they are slightly bigger but not enough to notice in normal use. 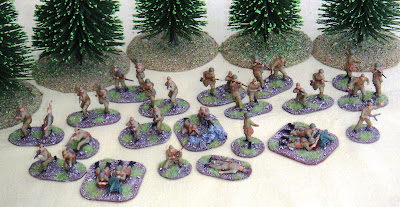 The Zvezda infantry are not that cheap at £2.50 for 10 figures and given there are only 3 poses of which the pointing NCO is really distinctive I wouldn't recommend buying them. The MMGs are much better value as they provide something that is difficult to find in plastic except with full sets. The Pegasus figures have only one LMG in the whole sprue but otherwise a good standard set of plastic figures and with the puttees and side caps different from other sets.
Posted by Fire at Will at 15:12 3 comments:

Yes after several months the M20's are now finished. The big issue was the MG pulpit that doesn't fit securely against the braces. Eventually I added some thin wire around the front of the pulpit and then fixed it to the uprights. The gaps at either side were then hidden by filling with green stuff. I had the same problem with both models so it was not a one-off moulding fault, however it seems I have the older versions produced by Milicast so others may not suffer the same problem. 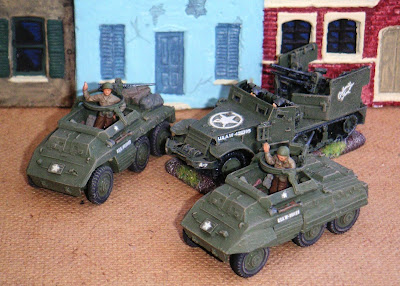 In the background is a Ready to Roll M15A1 AA half track with twin 50 cal and a 37mm that I acquired at Warboot and repainted.

Major Projects (I’ve got most of the figures already)

The main highlights were the Rapid Fire D-Day "Big Game" and the Seige of Tifaruin at Gauntlet, otherwise it was a year of Black Powder games at the club. A nice close out was the Rapid Fire Pegasus bridge down at Clevedon.

Since last month had a French flavour this month I'll have a Russian theme. I hope to complete
In addition I'll have to review 2010 and lay out my plans for 2011
Posted by Fire at Will at 08:41 1 comment:

My last item painted in 2010 and the first post for 2011 is the venerable Airfix 25pdr. It was part of my acquisitions at warboot, but now completely repainted, rebased and crew added. Can't think why a 25pdr crew came to be in my bits box, but they came in handy for this. 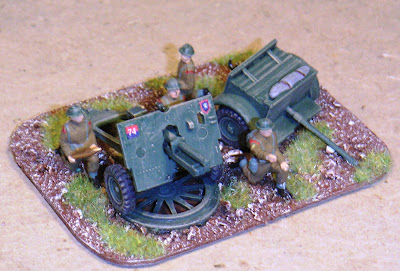 In the course of my Christmas travels I managed to spend most of a day at the RAF Museum at Hendon, London. Although I'm not a great aircraft enthusiast, it was a great place to visit.

A couple of pictures from the first hall . 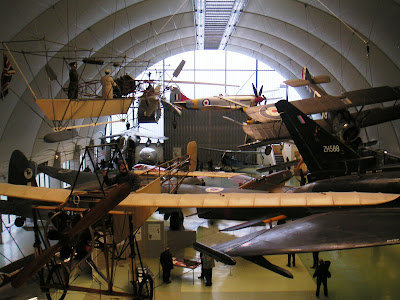 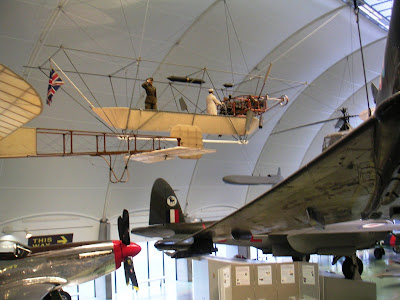 I must get around to visiting the other site at Cosford.
RAF Museum link
Posted by Fire at Will at 16:09 1 comment: