One of the items I bought as part of our old Deeside Defenders member Mike Yates wake sale was a starter set of Dead Man's Hand, which unexpectedly contained two sets of 28mm figures. I've now painted them up and they can now participate in club games. 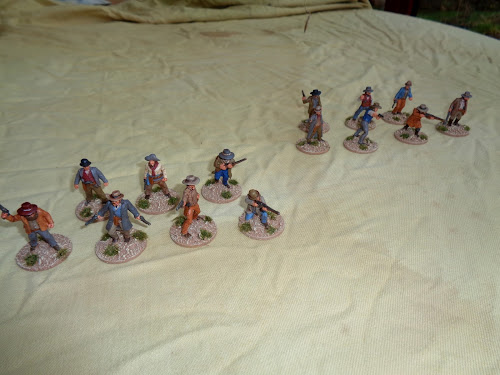 The outlaws, now known as the Yates gang in memory of Mike 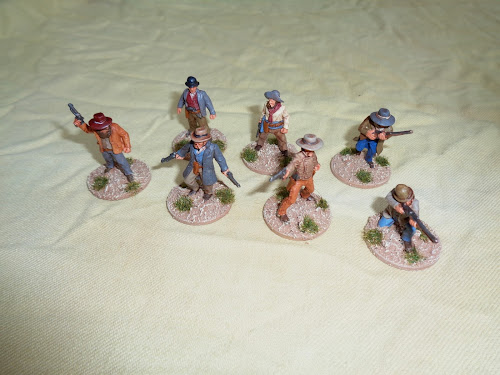 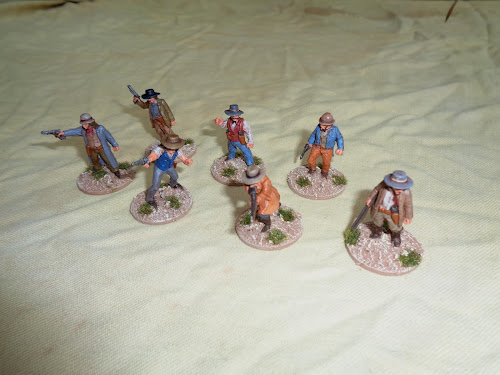 An early start to get across to York for the show to help on the Lance & Longbow participation game. I didn't buy much and as I forgot my camera I only took a few pictures of the games. 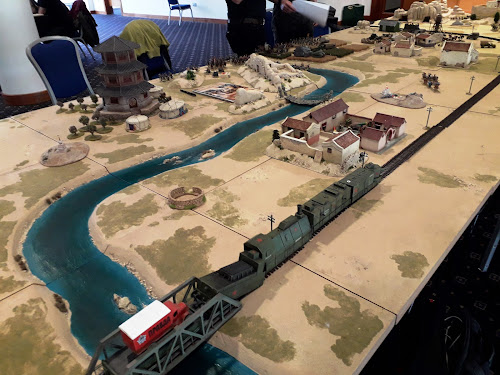 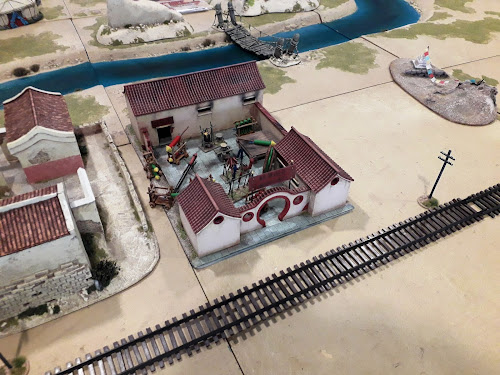 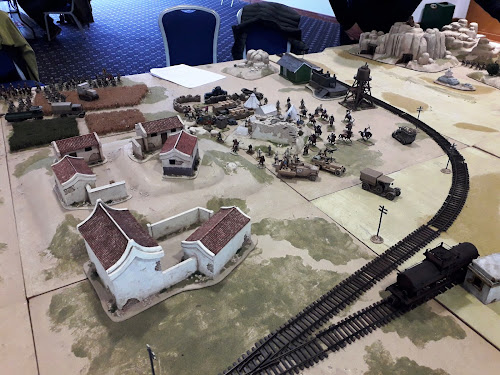 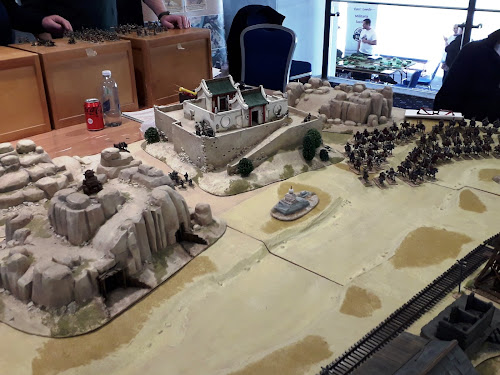 The defence of the Osterbeek perimeter 1944 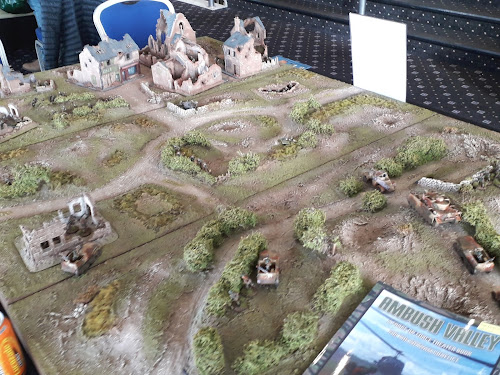 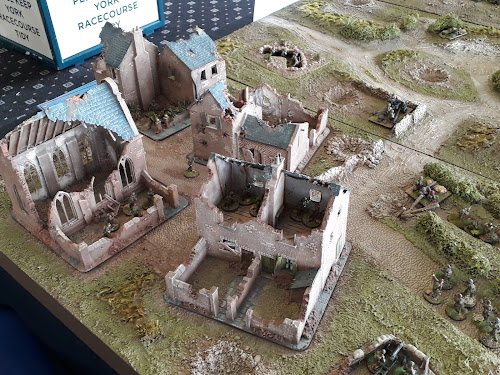 A nice Samurai based game 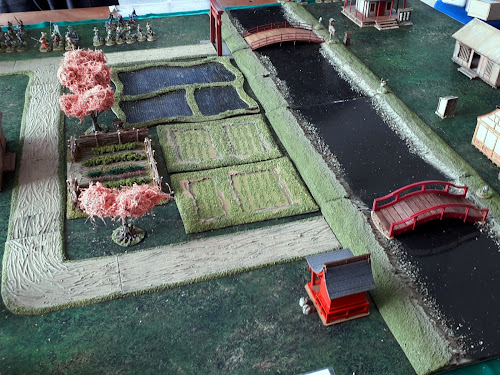 The only purchases were the new Rapid Fire Scenarios book for 1940 with plenty of inspiring ideas and pictures, some flock and some paint.
It looks like the next show I will hopefully get to is in May, either Carronade in Falkirk or Partisan in Newark.
Posted by Fire at Will at 15:39 1 comment:

After a very slow start, progress is beginning to be made, so I'll mainly be working on carry-overs from January
Posted by Fire at Will at 09:01 No comments: