Slow progress with the Saracens

As is always the case with irregular figures I'm quite slow, but that is partly explained by the fact that I'm painting the whole lot as a "single batch" In fact I'm painting a number of sub-batches with varying colours.

Still I'll be glad when they are all done
Posted by Fire at Will at 16:43 3 comments:

A bit of a test this time, these pictures were taken on my Hudl during a BKC game set around the advance of British 3rd Division from Perriers ridge towards Caen, played over this weekend. 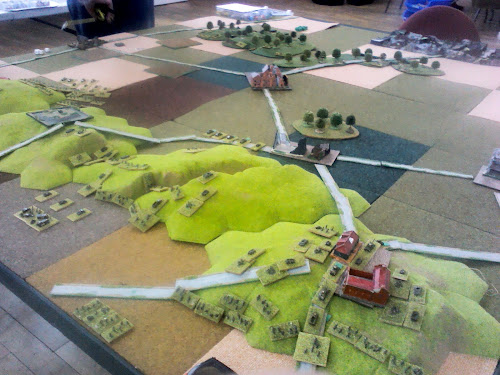 A view from the German defenders 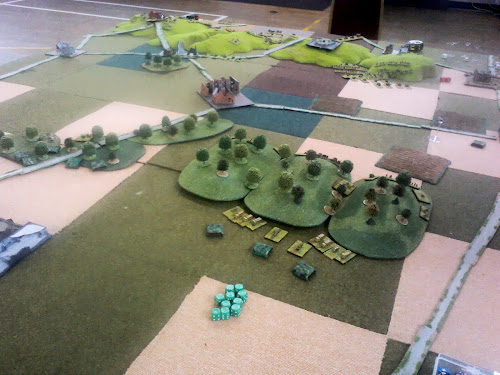 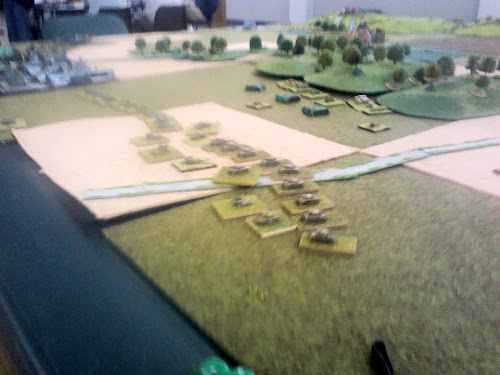 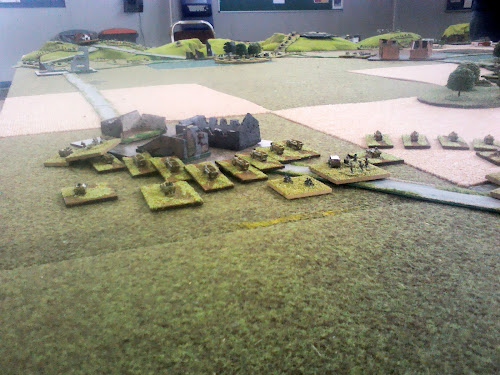 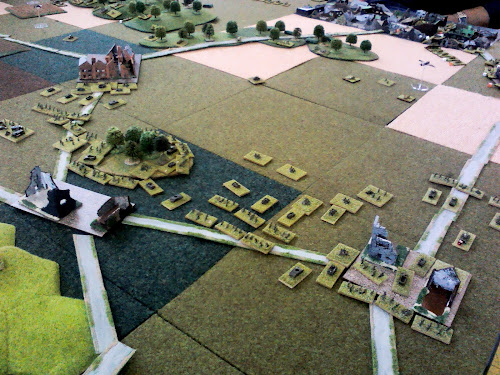 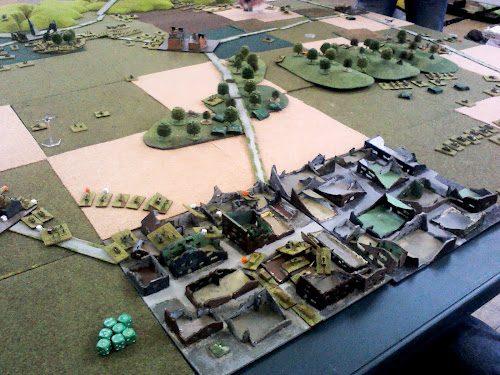 Remains of a panzer battalion after hit by aircraft, artillery and naval gunfire. 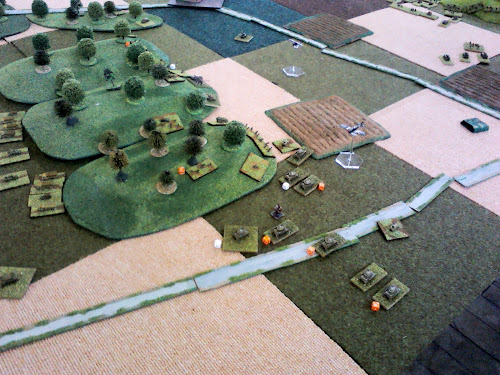 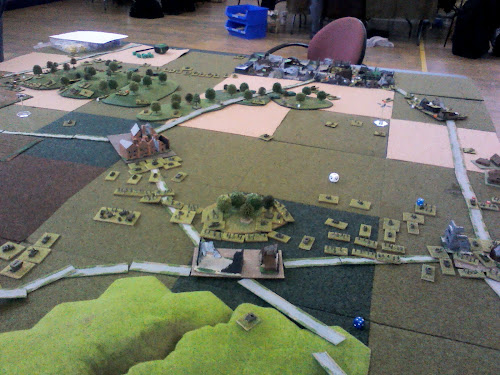 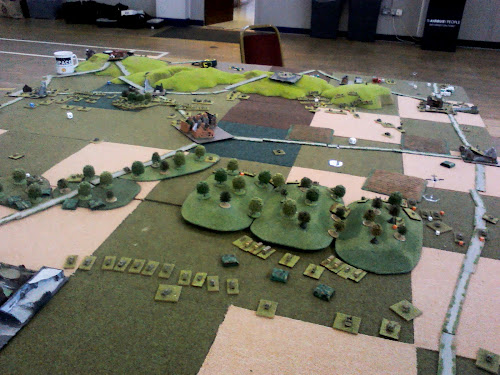 Light is fading, so the Hudl fails to capture much action 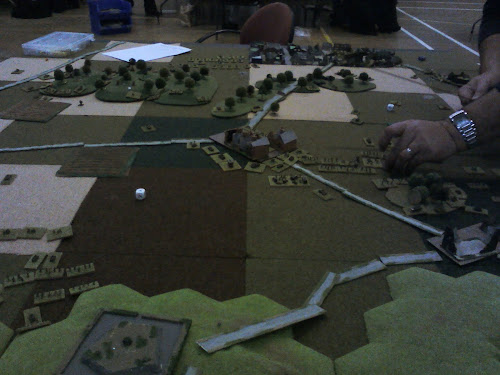 An enjoyable day with Andrew and Ian, I couldn't make the Sunday, but the action was heading for a historical result.

Sorry for the lack of posts over the last two weeks, having done my family duties and visited my parents two weeks back I picked up their flu bug, which was not helped by getting my flu inoculation, so ever since I've been doing a rather bad impression of a Zombie Apocalypse for anyone who has seen me. Painting progress has been virtually nil.

But starting with small steps progress is underway. I've worked on a trio of the excellent Airfix Cromwells as well as preparing most of my medievals. AS with all of my NW Europe British these are marked up for the Guards Armoured Division and in this case the 2nd Welsh Guards. These are intended to replace my existing models from Frontline, but before they are sold off I plan to play a Villers-Bocage game. 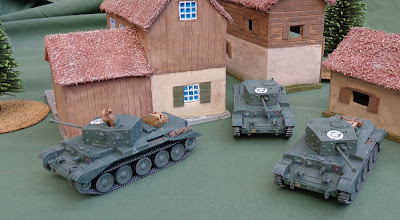 My Saracens are now all prepared and under-coated so hopefully I can start making some progress against my November plans
Posted by Fire at Will at 20:08 1 comment: