Home and a nice surprise, then off to Leeds (Pudsey)

Arrived home after my travels to find a nice surprise, Andy, better known as Andygamer had sent me a present of a selection of officers from the Mars Saxon Infantry (GNW) set. The sculpting is certainly better than previous sets I have seen from Mars, and I will certainly find a home for them in my armies.

A big thank you to a member of the plastic wargaming band of brothers.

Rather tired from travelling home and arriving in a cold house, and tomorrow's trip across to the Recon show will mean an early start, hopefully the roads will be clear.

I'll be running a DBA in the New World game with Aztecs and Conquistadores.

See you there
Posted by Fire at Will at 23:30 No comments:

Coastal Batteries and other WW2 stuff

During my wanderings around Brixham I cam across a couple of preserved WW2 coastal batteries.

First is the brownstone Battery now in the care of the National Trust, I haven't taken any pictures of the positions, but the information boards give quite a good impression. 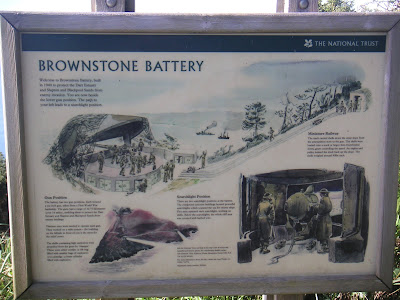 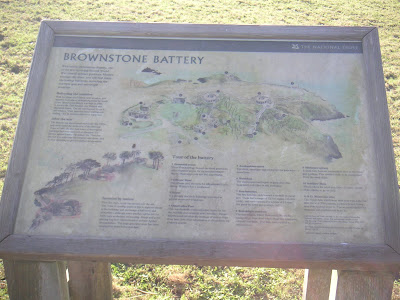 The view from one of the searchlight positions covers the entrance to Dartmouth harbour with Dartmouth castle on the opposite shore. 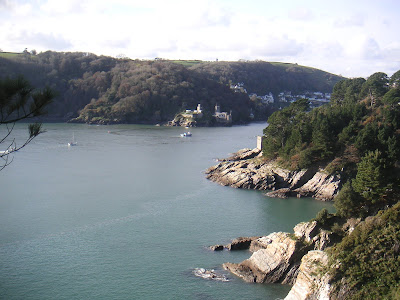 Next was the battery above Brixham, it's maintained by a group of enthuistic volunteers and their museum is well worth a visit, again no pictures as it was a very wet day, but they have an excellent website link 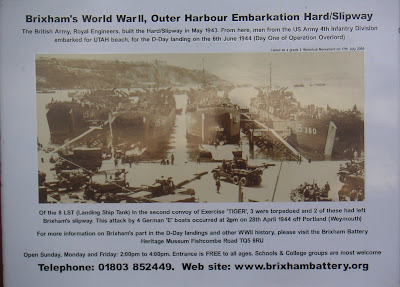 Unfortunately this was the same unit that was involved in exercise Tiger that was caught by S-boots en-route to Slapton sands.

To end a picture from the end of another days coast walk with a recovered Sherman at Torcross on the south end of Slapton sands. 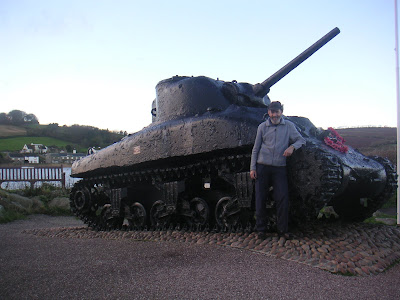 Since I was back in the West Country I took the opportunity to pop in to the local Reveille show in Bristol.

Some pictures of the games 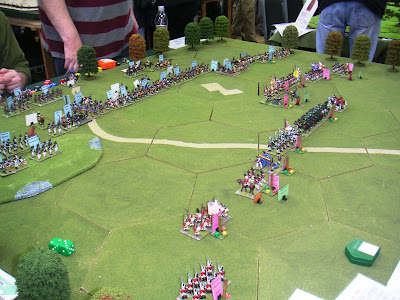 Assault on a Pacific island 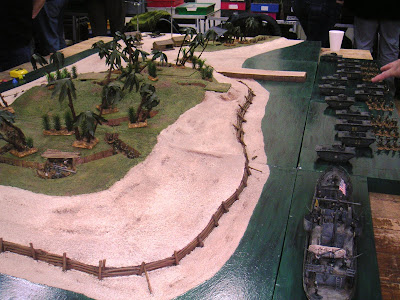 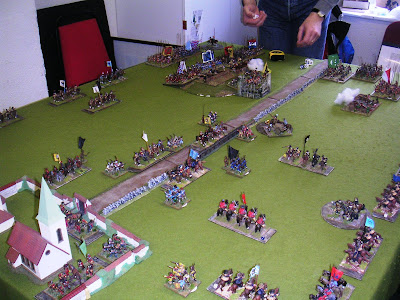 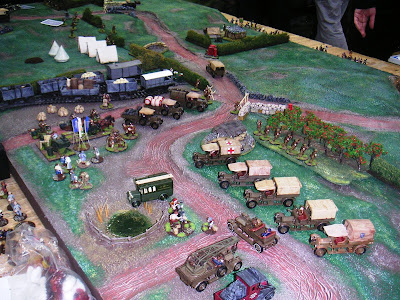 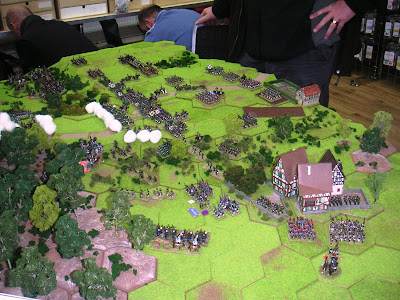 I managed to meet up with various people and conclude some trades. I also picked up a few bits an pieces, in particular.

Another trio of castles

Yes, I've sneaked off again, Brixham this time and had the chance to visit another three English Heritage castles. They are quite varied

The gatehouse and part of the curtain walls still remains, though the moat is filled in. 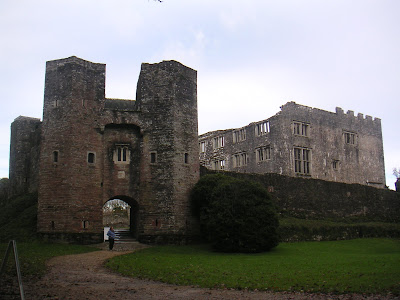 The older Elizabethan wing still remains, the later one, in the foreground, was plundered for its stone once the castle was disused. 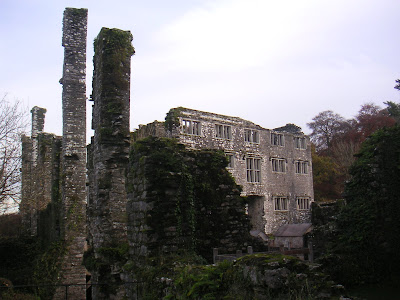 Then onto Totnes, a very early motte and bailey castle just rebuilt in stone. 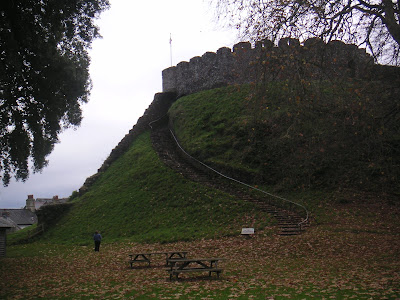 Finally Dartmouth castle, which has been continuously used up to WW2. It was interesting to note that the early chain used to defend the medieval port was reintroduced in WW2 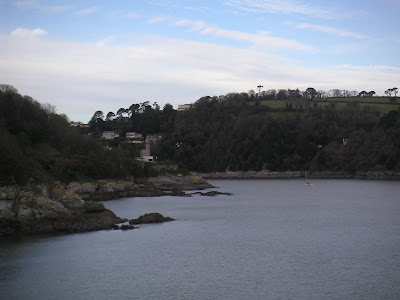 Nice reconstruction of the Victorian Battery, which included a video showing the loading and firing of them. 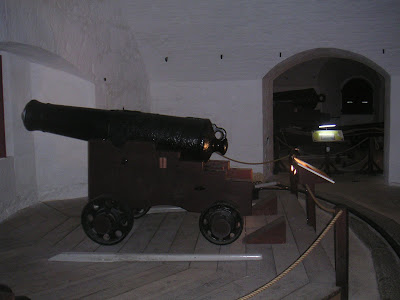 As I've been rather slow finishing anything recently I thought I'd post a picture of my work in progress. 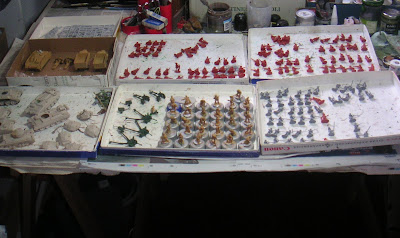 So in the various boxes

Day out in the Sudan

It was off to Manchester to fight a Sudan game yesterday. It was set in the early part of the period and no British units were involved. The basic scenario was that we (the Dervishes) were besieging an Egyptian outpost while an Egyptian relief column would try to break through to them.

A is quiet at the oasis. but carefully inspection will reveal a Dervish body lurking behind a building pinning the garrison down. 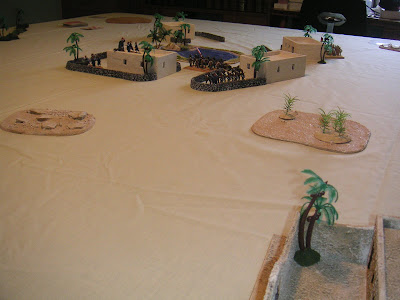 Meanwhile the rest of my beseigers attacked the main column in the hope that I could hold them off until more reinforcements arrived. 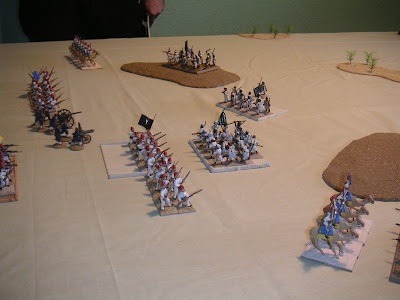 Hurrah, the cavalry arrive, and shortly after that my co-commander arrived as well having been held up on the M62. 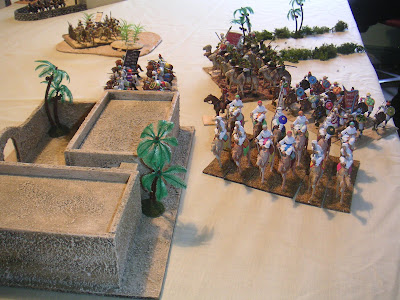 Pressure being applied to the column Osman Bin Wally can be seen exhorting his Nile Arabs to greater efforts, sadly he was slain leading a determined attack on the Egyptian artillery that allowed the Dervish cavalry and camelry the wipe out an Egyptian infantry regiment. Unfortunately this was our high point 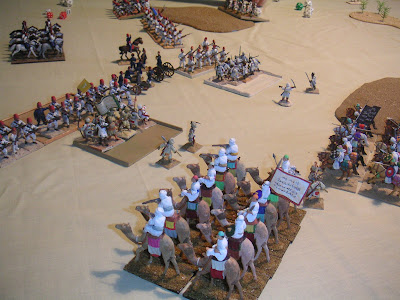 Unfortunately this was our high point as the Hedendowah failed to arrive until too late to make a difference and the garrison was ready to tackle any attempt to oust them. 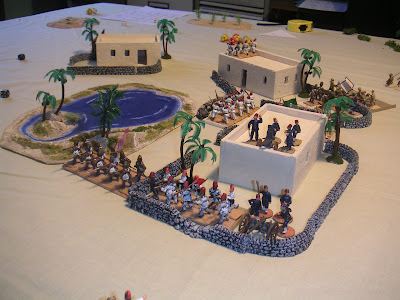 Overall a great day out. I had thought I'd taken more pictures, but these were all I had, but more will probably appear on Wargame Amateur's blog

Thanks to Steve (umpire), Alistair and David (Egyptians) and Dave (fellow Dervish)

Lots of activity on my workbench, but I've mainly concentrated on getting the Russians finished first, as it makes a change. In fact I did a bit more than just the infantry guns as I had a 47mm AT gun, also from Zvezda, and a few extra figures for my infantry.

The Zvezda guns and crews are really excellent and good value for money. Each comes with two crew so I've added an extra crewman to each. The extra infantry are from Plastic Soldier and will allow me to field my SMG battalion as a normal infantry battalion if needed. 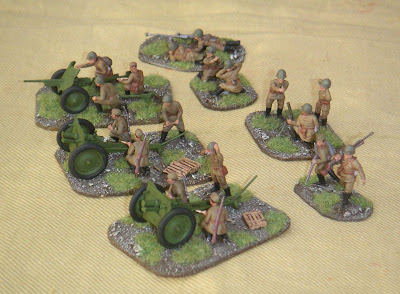 For those interested the Zvezda 47mm is slighly smaller than the PSC model, so I won't be using them together in one unit.

The postie popped by today with two parcels of goodies.

First off was a couple of packets of Zvezda Cossacks that I had swapped for some WW2 American Ardennes Infantry by Revell.  I wasn't sure want I'd do with the Cossacks, but they were likely to be of more use than the Americans. In fact on reflection I realised I could mix the Cossacks in with my Vlad Tepes set to create a more varied force of Transylvanians. I'll find out when I match up the figures.

Then a large box from Model Hobbies, this was an emergency purchase as I needed some extra figures before starting on my British troops for Egypt. The total contents were:

Of course the last few were only to make up the order
Posted by Fire at Will at 15:40 1 comment:

Impressive performance last month, everything completed and now it's the run through to Christmas. I've also noted that the stash has been expanding enormously in volume as I've bought a lot of kits. So with that in mind I plan to start work on: