Back to WW2 Cruel Seas

Some 3D resin printed additions to my coastal forces, a assortment of various merchant ships, a trio of R-Boats and a single Fairmile MGB 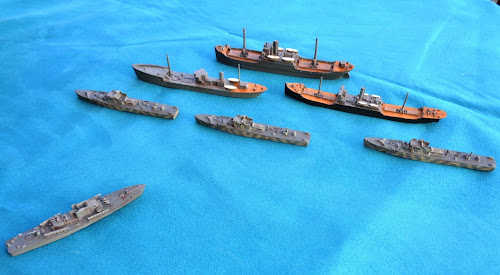 The detail on the R-boats was a bit soft as I suspect they were printed just before the FEP failed. 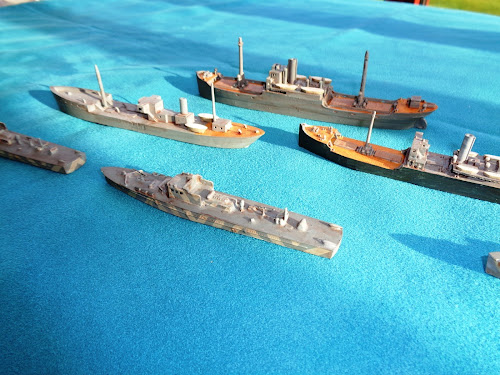 The fairmile was a really lovely sharp model and I'll have to print some more. 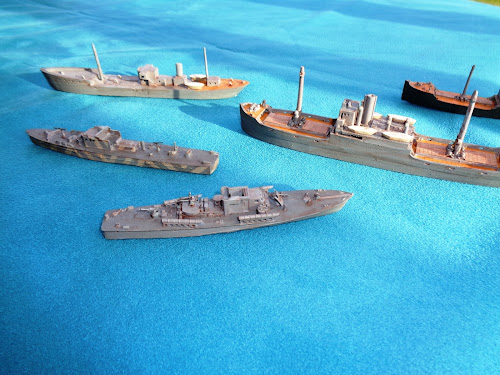 January seems to be the month for low output and I'm no exception, I lost my painting Mojo sometime after New Year and its only just begun to recover, I don't think all the tartan helped But at least I have now painted the new Redbox Jacobite cavalry, plus Bonnie Prince Charlie and Lord Pitsligo. The whole contingent 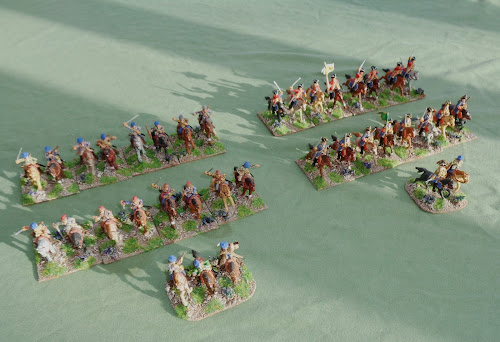 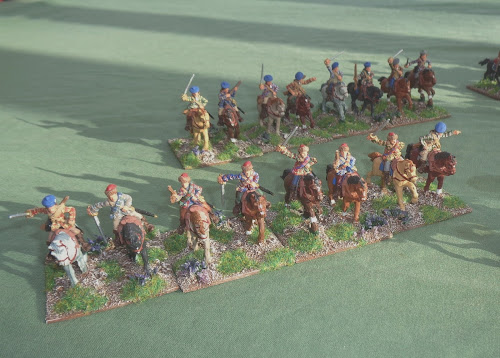 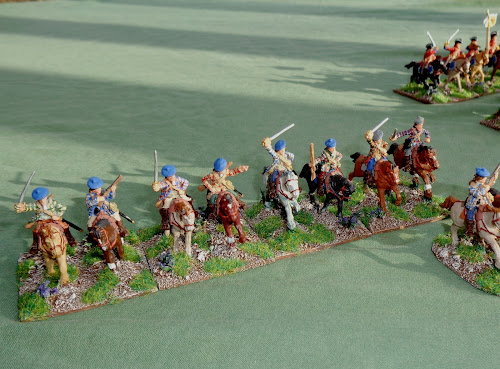 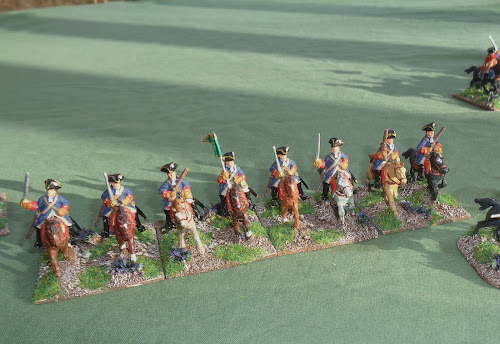 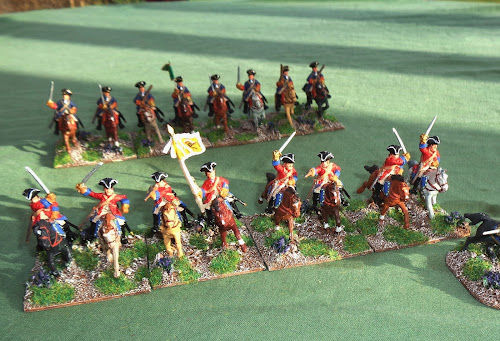 In wargaming terms compared to the size of my army most of the units are oversized, but for what-if and skirmish games more might be needed I have already painted FitzJames cavalry and the Lifeguard using the old Revell figures so I now have to becide what to do with them?
Posted by Fire at Will at 21:06 No comments:

The first month of a new year and here's a taster 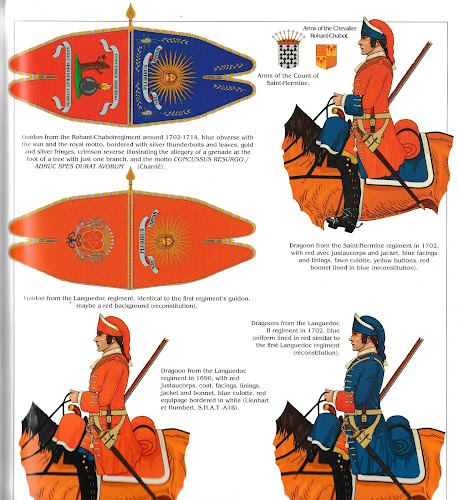 First and foremost my plan is to meet with as many friends as possible, assuming that retrictions come to an end, other than that I'll be working on three themes.


Game specific projects
Reducing the existing stash, I'd like to make at least a 10% reduction
Exploiting the 3D resin printer
Posted by Fire at Will at 07:31 3 comments:

Painting output was 2,236 items, which is similar to the 2,213 last year, but a lower proportion of rework.
Stash reduction
Due to some late year purchases the stash stands at 6,630 compared to 6,679 last year so a slight deterioration.  This wasn't helped by the arrival of a lot of new sets just before Christmas.  Volumetrically there has been a substantial reduction as I sold off quite a number of plastic kits.

Finally a big thanks you to all those who commented on my blog through the year, your comments help to keep me motivated.
Posted by Fire at Will at 13:07 1 comment:

All plans need to be flexible, but I hit the big one this year with the impulse purchase of a 3D printer. It adsorbed an enormous amount of time learing how to use it and the software and I'm sure this will continue into 2022 and of course the ability to print long sought after items also added to the stash.

The year has been mixed, with gaming only getting started mid year and unfortunately finding the replacement to the Airbus club less than adequate, the club coalesced around two new locations at Mold and Elton. Shows were very limited and I regretted not making the effort to get to Partizan, but I did get an outing to Recon and a chance to catch up with a number of old friends. Hopefully I'll see more at Vapa this year.

I’ve decided to concentrate on five main painting/modelling themes this year, quite a bit is based on new and forthcoming releases:

I’m not making any plans for gaming, but once the show circuit starts I’ll try to get to as many as possible. Plus Crisis Point in April and a possible 2021 Big Game. Crisis in Antwerp would be a big attraction if it goes ahead - Shows have started but I only managed to get to two warboot sales in Penkridge and Recon plus Crisis Point in September. The Airbus club has folded so my club gaming is now concentrated on the Beacon Gaming Club in Elton.
Posted by Fire at Will at 14:53 1 comment:

At the fron all the bonus civilian figures that came with the recent cavalry sets from Strelets, behind are a number of "townswomen" that I printed out, I think they could do with being a bit taller, but I think I have enough. 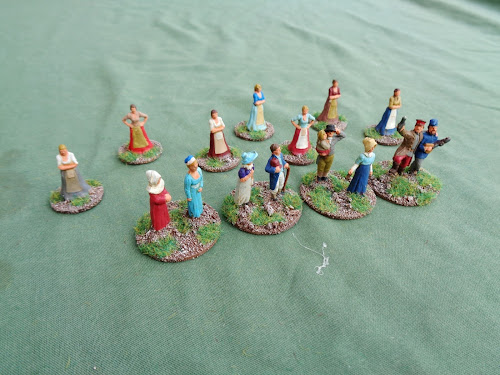 Thee more commanders for my War of Spanish Succession, two French and one British 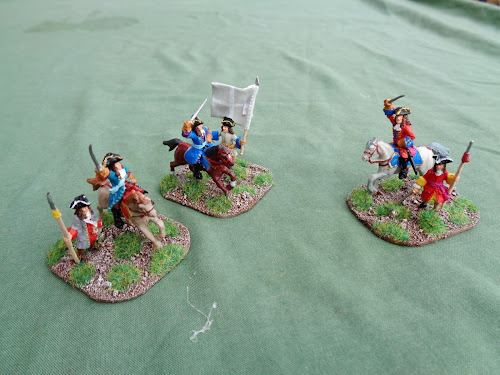 One more post to go
Posted by Fire at Will at 13:54 No comments:

These Jeeps were printed off earlier in the year and waited till I sorted out some crew, luckily Dave W from the club gifted me an Italeri Horsa, which included a set of the old Esci hard plastic paratroops. Suitable figures were used for the crews along some HaT tank commanders. The remainder were painted and based alongside at the same time 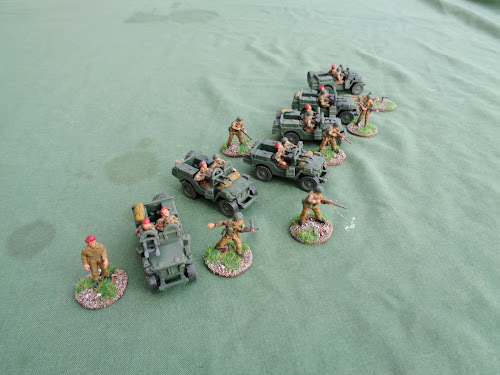 Finished the last of my Japanese troops yesterday, so here they are, MMGs and flamethrowers at the front, Command and OP teams at the rear right. 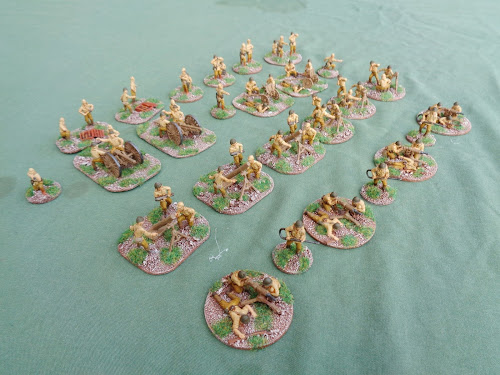 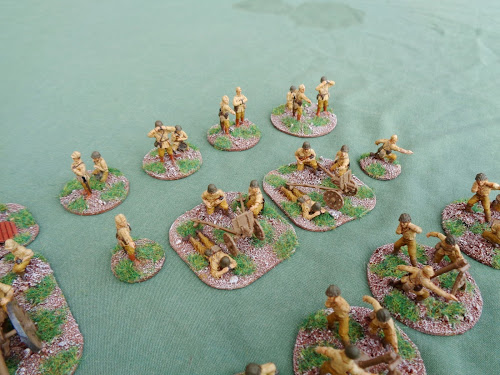 75mm Type 35 guns with loader teams from Strelets. I'm not at all sure why they didn't include the gun shield 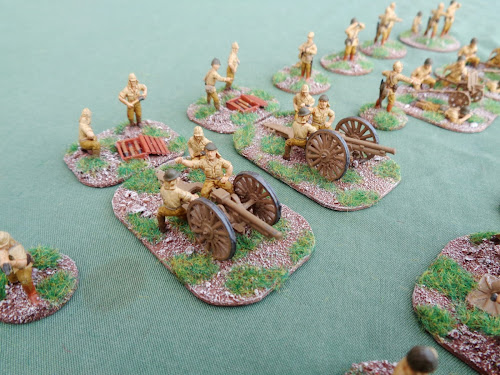 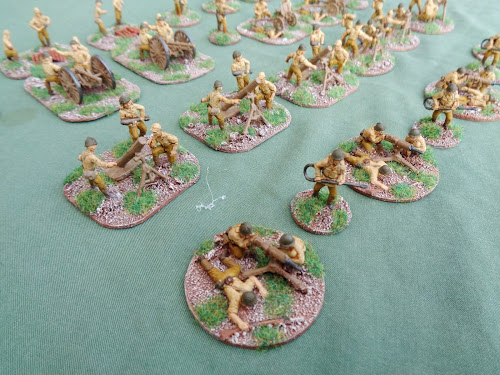 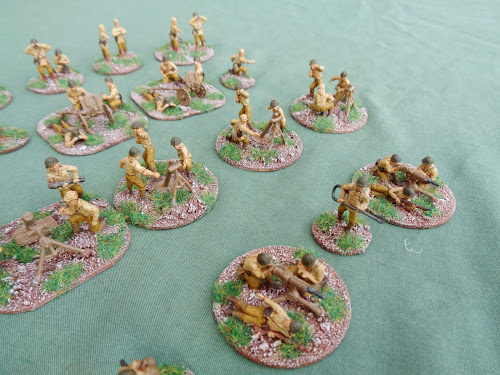 Three more post to go to finish off the old year
Posted by Fire at Will at 13:42 No comments: