After many years of trying I finally got to the Towton reenactment. The Lance & Longbow society puts on a game in the barn, this year it was Bosworth. Positioning was excellent right next to the bar, however it was cold with quite a breeze blowing through, outside was warmer because it was in the sun!

Initial deployment, using the latest interpretation of the battle. The farm was moved to one side not to hinder play. 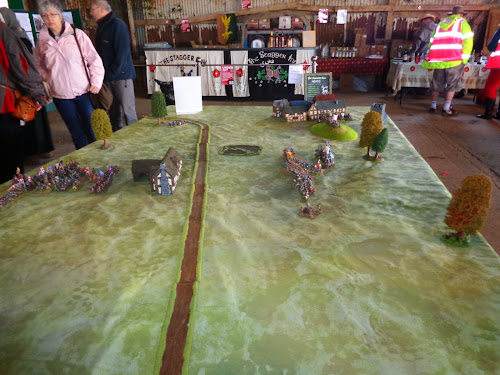 The Tudor pike push through, shortly after Richard III managed to impale himself in a vain attempt to turn the tide. 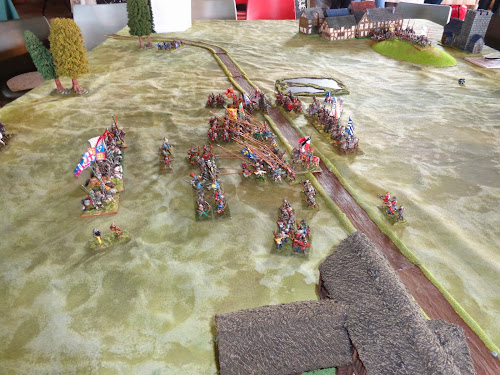 We played the game twice and on the second Richard emerged triumphant as it came down to personal combat between him and Henry.

At the end of the day was the reenactment of battle out on the field. 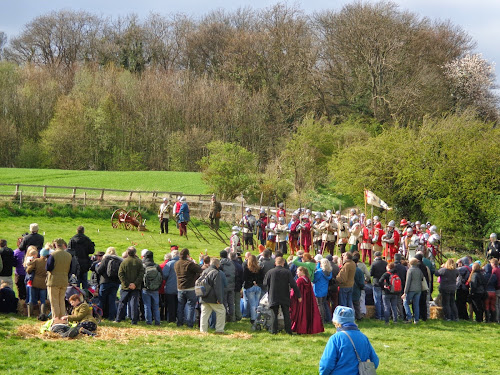 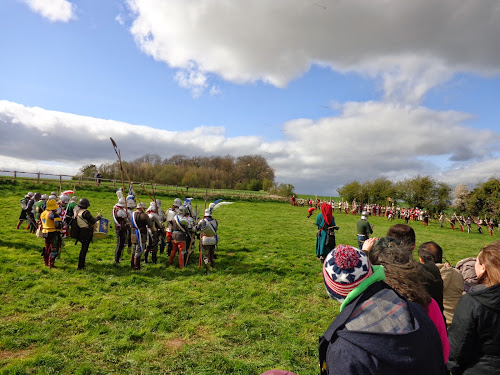 Painting, of the decorating variety has been progressing steadily, so progress against plan has been slow, now back to the paintbrush and a tin of non-drip white gloss paint!
Posted by Fire at Will at 08:16 3 comments:

Well I'm feeling quite smug as progress in March was better than expected given the amount of other work that was needed around the house. Unfortunately this distraction continues so I'll be moderate in my plans 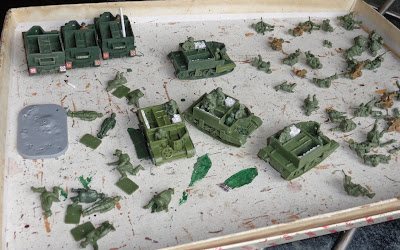 Then it's back to attack the stash with