Just to finish off the month some Zulu Rifles that I have rebased to the 1-2-3 style. 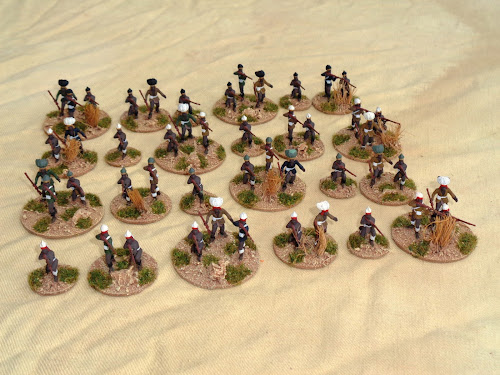 Having tried this for my Nine Years War French for Pikeman's Lament and liked it for skirmish units, so I though I'd use it for these Zulus who were beginning to fall off their old bases.
Posted by Fire at Will at 13:39 No comments:

Changing of the Guard 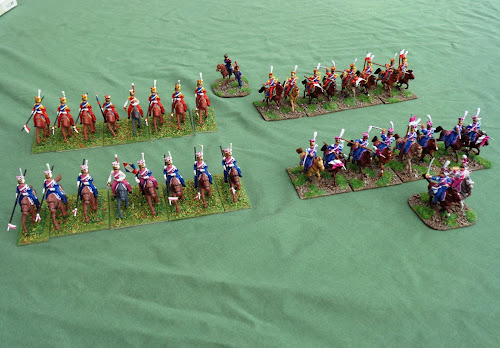 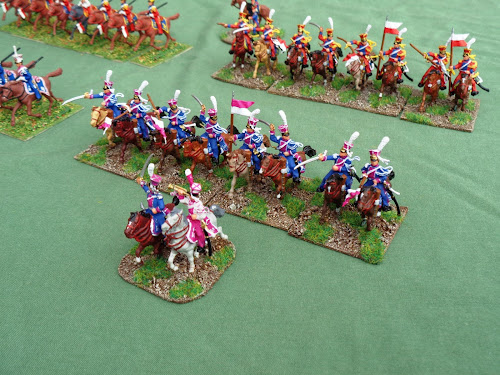 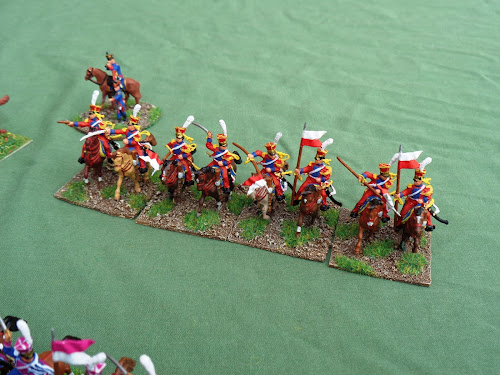 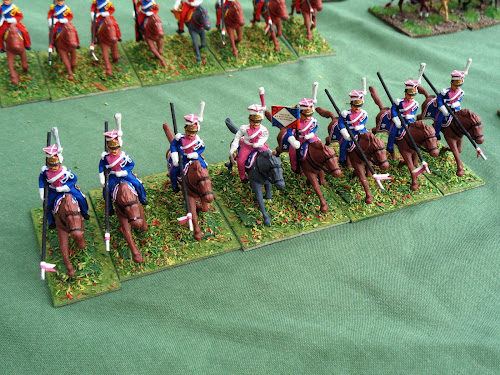 Not yet decided how to dispose of the old figures, maybe put them on ebay. 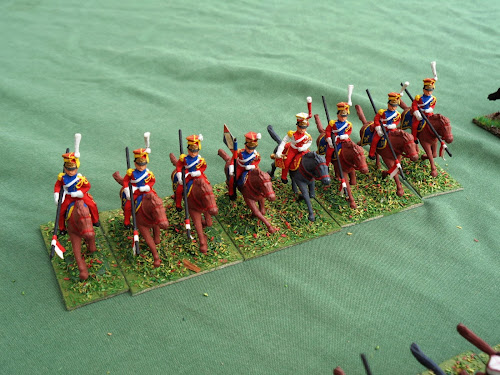 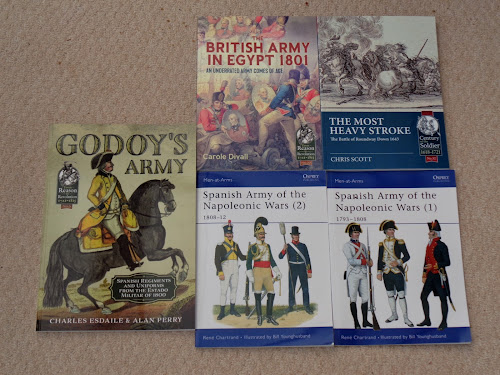 If the reading doesn't indicate my next direction then the figures will. 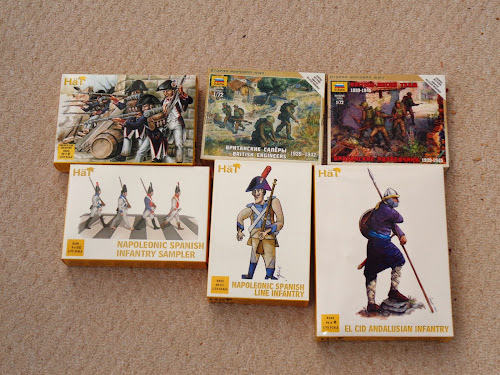 My plans for these are

Of course the Roundway Down and British Army of 1801 books my give me other ideas.

A couple of Nebelwerfers that have been lurking at the back of the painting tray finally got finished. 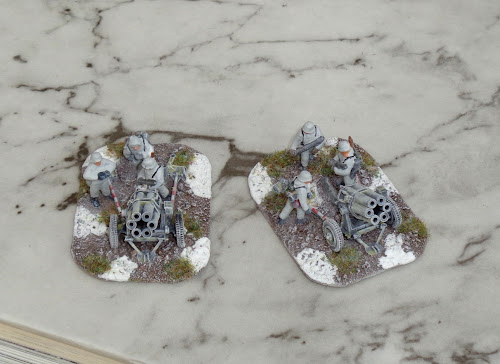 I had debated for a while getting the Italeri Nebelwerfer set, whenever I saw it on B&Bs, but the prices were never tempting enough. While sorting thought some figures donated by Peter B I came across a similar set, but in metal. These were painted up and then combined with a pair of Werfers that had come with some die-casts. These were fixed in the towed position so some careful cutting and glueing was needed to change them over. 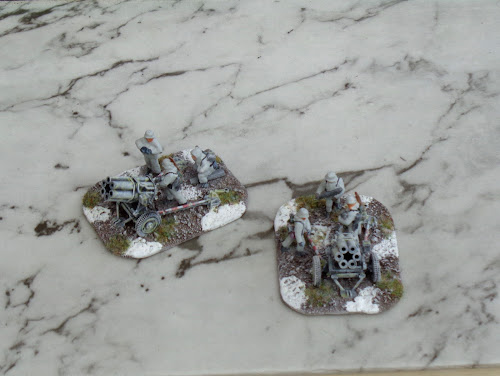 But not the usual, these are painted for the period 1908 to 1920 for the Rif Wars. The figures are the new ones from Strelets for the period and they come with a very nice Hotchkiss machine gun. 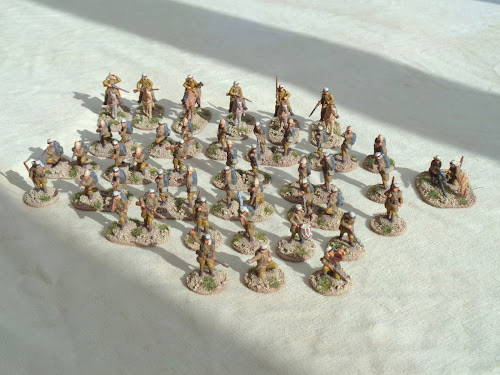 A close up of some of the figures. 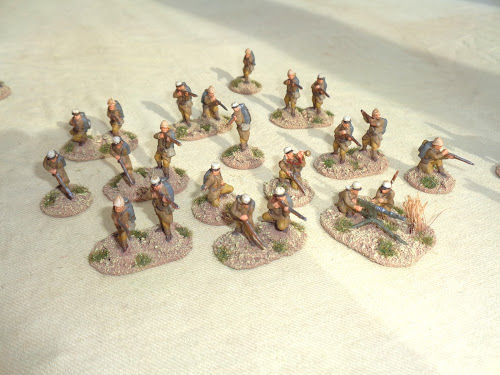 The desert patrol set has been altered so the Legionnaires are more correctly mounted on mules, with the officer on a horse. 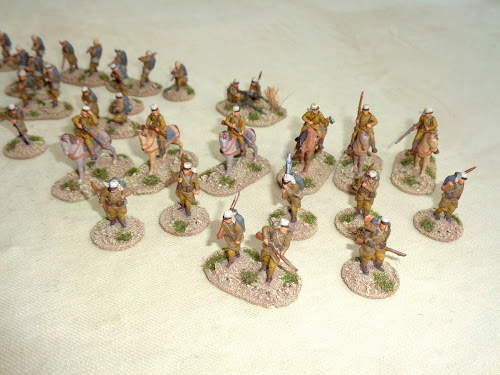 Performance against plan end of Q3

The cumulative Q3 painting total is 1,580 items, and in Q3 itself it was 413, which is some improvement on the Q2 total of only 357. Obviously my medical problems had an effect, but hopefully now it's out of the way I can get on with more painting, providing I don't get distracted by Household tasks.

Year to date progress is made up of

Well September was a short month as once I was allowed to fly I went off to the Italian Lakes for a well deserved break. So I only just arrived back in time to finish my Bedouins and Mamelukes. So It's back to "normality" and I hope to work on

A lot of painting plus rebasing to get a better army organised to face the French in Egypt. It's a mix of various Strelets Mameluke and Bashi-Bazouk sets to create a consistent force to oppose my French in Egypt or Syria. 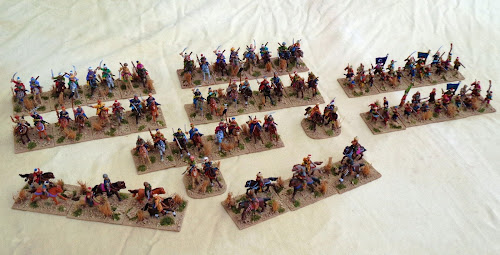 Cavalry, the skirmishers are rebased Bashi-Bazouks plus a couple of Mamelukes based so they can be either open or close order 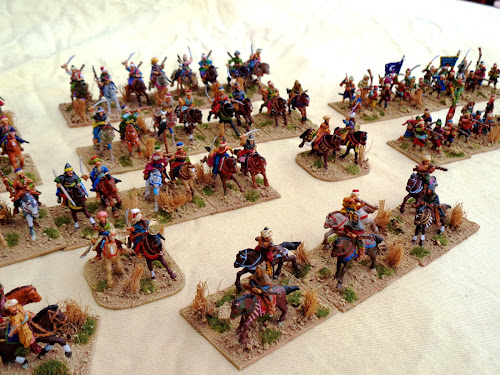 More cavalry, the back ranks are all Bashi-Bazouks that fit in well with the Mamelukes 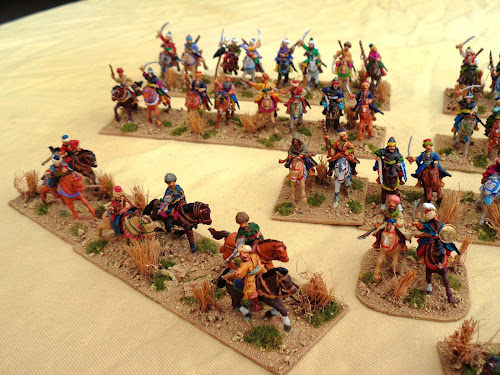 The infantry, all Strelets Bashi-Bazouks on foot. Not quite a complete set as I've kept some to create a skirmish unit 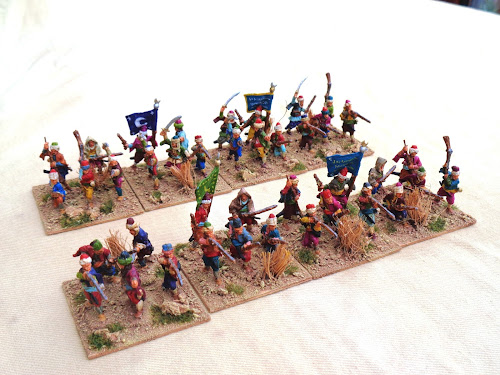 As before, poor light and new camera have affected the picture quality.

Archduke Piccolo, I hope you like the Bashis
Posted by Fire at Will at 19:50 5 comments: