You can never have enough T34s

Another batch of "The Works" diecasts repainted, this time the T34/85s. They were originally white and I thought I could dirty them up enough, but in the end I decided to repaint from scratch. 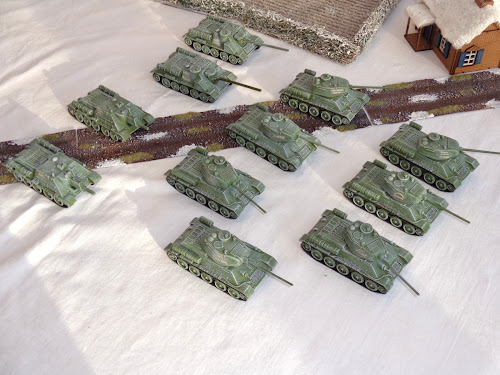 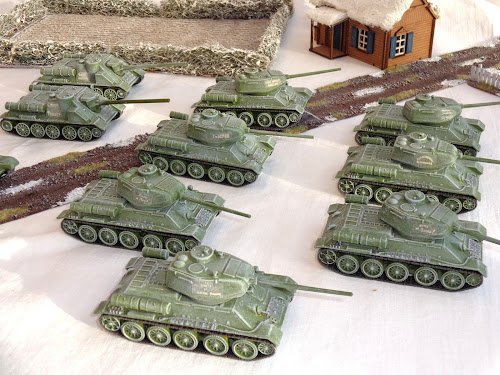 This brings my overall total of T34s to 29 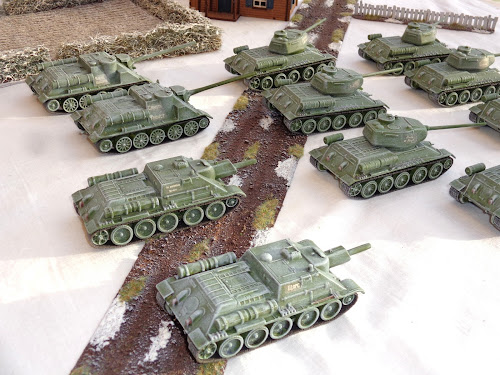 After the panthers, some more heavy metal - five IS-2s 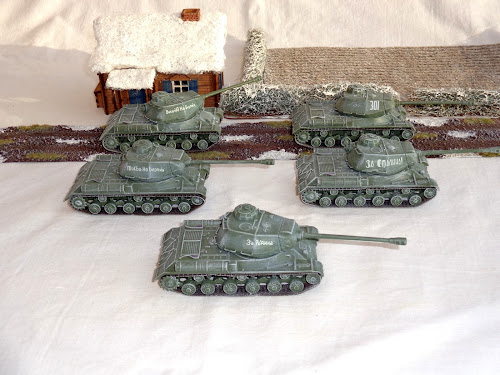 The vehicles are the Fabri die-casts sold by "The Works" and stored away for a rainy (snowy) day. I replaced the decals on four of them to add variety. 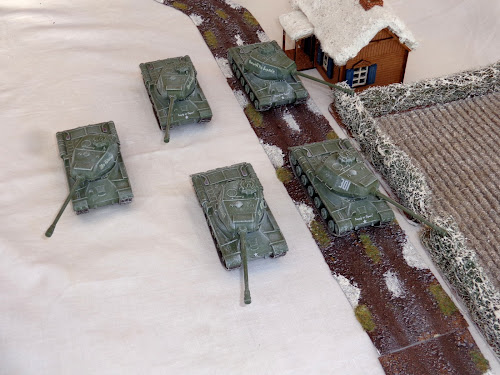 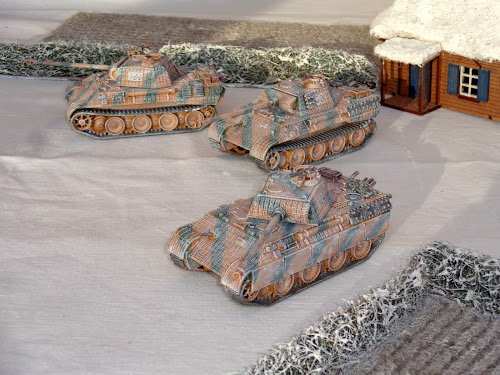 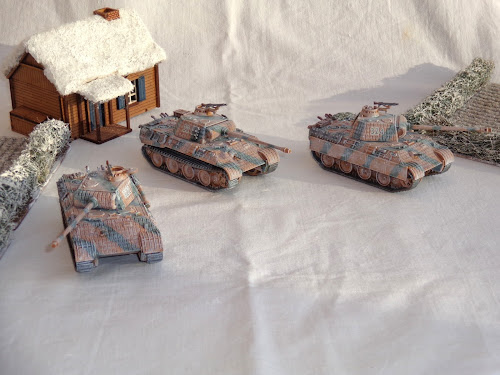 On the workbench - January/February 2018

A plan for two months to kick off the year.  This is partly as I'm only just getting started but I also have quite a lot of other commitments. So I hope to work on the following:-

This years major project will be Tricorne rebasing, basically covering all my Seven Years War and American War of Independence armies, this is ambitious - around 2,000 figures, but hopefully it should just be "cosmetic" as I won't be physically changing the units or bases.

Following on from the progress against projects, here's how the 2.269 items I painted breaks down


Again the dominant theme shows up as rebasing
Posted by Fire at Will at 16:26 3 comments:

Looking at my plan for 2017 the progress is not so good as I under-estimated the work involved in the rebasing project. However numerically I did a lot (see part 2 for a breakdown) achieving an even higher total than last year, but like last year rebasing was a major component.


- continuing to work on odd bits

Finished in the final hours of New Years Eve and photographed this morning. 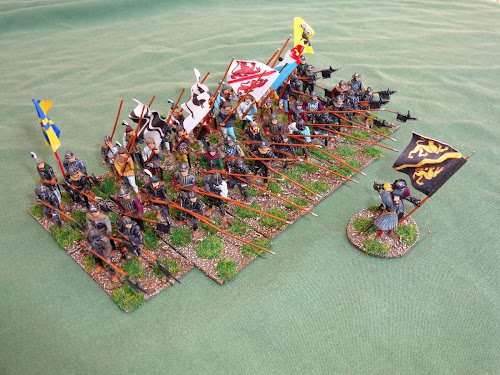 The figures are all Miniart except the command base of Niklaus Von Diesbach, which are Redbox. 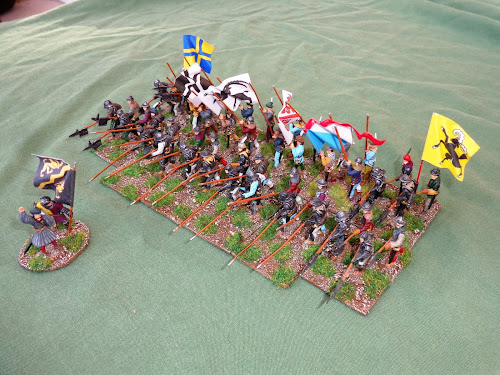 The various flags are from the cantons of Zurich, Graubunden and Schaffhausen.