Dunluce castle and others

This is what my Children would have considered a real fairytale castle, situated on a high rocky promontory with the only access over a very narrow bridge from the outer ward. To add more to the mix there is a cave underneath where obviously a dragon or some such creature would have dwelt. 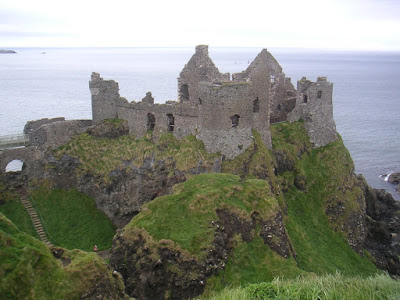 I'm sure in its hey-day it would have had a coat of limewash and stood out far more clearly along this rocky coat of North Antrim. 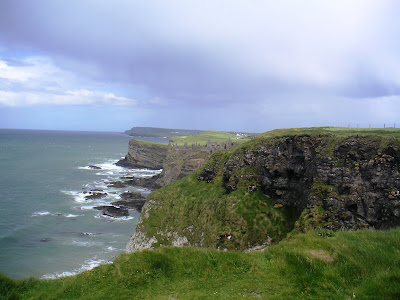 The NIEA website has a nice feature that shows a panoramic view the gives a far better impression of it than my photographs. (link)

Further alone the coast are a couple of other castles in equally striking situations but time has not left as many remnants. 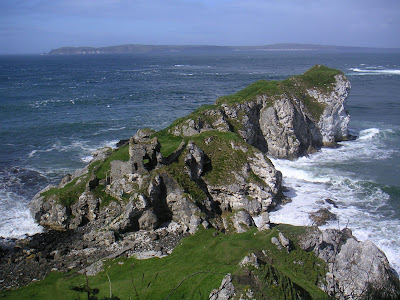 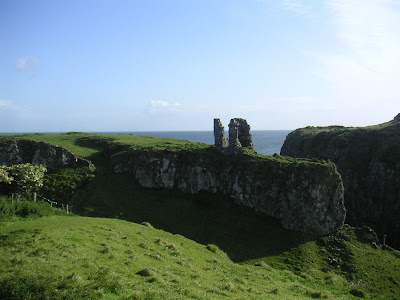 At last, reasonable internet access again so I can catch up with my blogs. First off in Northern Ireland was Carrickfergus castle a much modified Norman castle started in 1177 and only stopped being used by the military in 1928 so it's in quite good condition. 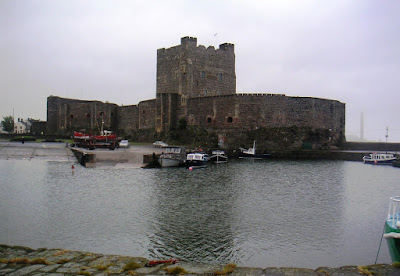 It has quite an impressive history, kicked off by John de Courcy a third son of a Somerset knight who establish the first castle here. Off course his luck didn't last long before the De Lacy's took over. For me the best parts were the capture by Edward the Bruce (brother of Robert the Bruce) as part of the attempt by the Scots to take over Ireland from the English, the storming by Schomberg in the Jacobite Wars and the attack by the French in the Seven Years War (a couple of redcoat defenders can be seen on the wall) 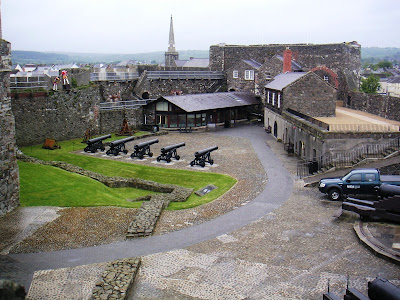 An excellent castle, with lots of history, shame about the drizzle.
Posted by Fire at Will at 21:03 3 comments:

Northern Ireland this time, so like my namesake William III the first stop had to be where he landed at Carrickfergus. Plenty of (sensitive!) history here, plus good walking (I hope). 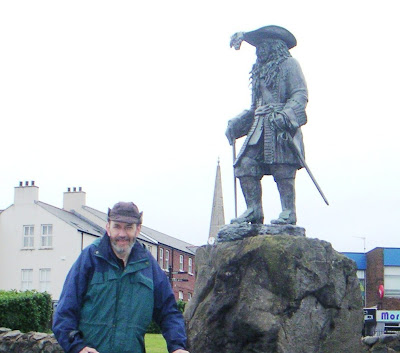 Beaufighter in the Aegean

The second plane for this year's big game is a Beaufighter from 603 (City of Edinburgh) Squadron, shown passing some ships. The pictures I have show no squadron letters (XT) only the aircraft letter. 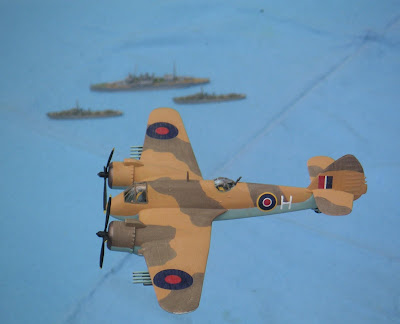 P38 Lightning in the Aegean

Newly Promoted Major Bill Leverette lines up on another Stuka to complete his total of seven kills in one day. I just hope it's as successful in the big game this year. 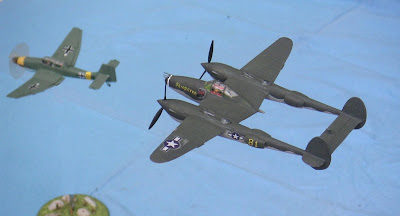 Newly painted Airfix P38 with hand painted name "Stingeree" and "81" , details from Osprey P38 Lightnings of Europe and the Mediterranean. Photo digitally adjust to remove aircraft supports. The stand for the Ju87 can still be seen.
Posted by Fire at Will at 20:26 1 comment:

The first battalion of 501st Parachute Infantry Regiment of the US 101st Airborne is now completed. The figures are a mix of Revell and Italeri Paras with a 60mm mortar from the Italeri AT teams set. Overall there is a shortage of bazookas, so these are just knelling infantry with a suitable piece of tube welded on. 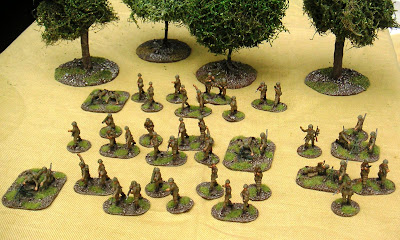 Only another two battalions plus supports to go!
Posted by Fire at Will at 15:14 3 comments:

Feeling quite satisfied with my progress so far this year, but gauntlet is creaping up and I really need to get cracking on the terrain for the Boxer game. That said I'm going to concentrate on WW2 this month with:

Fleeting visit to the Lardies

I've spent much of last week touring the south visiting family, but I did get the chance to spend an hour with the my old mates at the St Albans Wargames Club, now better known as the Two Fat Lardies. It was so familiar, even though I'd been away for over twenty years. I stayed to the end of the briefings, and wished I could stay longer. "A kick in the Balerics" was the theme and more details can be seen over on Lard Island News
Posted by Fire at Will at 18:18 1 comment: