At last they are done, all 90 of them, trouble is they don't look so numerous when put on the table.

As you will have read in previous posts I used a number of new techniques when preparing/painting them. Firstly, rather than glue or weld (hot pin) the figures together I drove a pin from the base right through the horse and then the rider. This was quite effective as the plastic was very soft and it then gave some rigidity to the figure (quite important where they will be used singularly). This then fitted in nicely with my decicion to buy pre-cut bases rather than cut artist card. Both of these can be considered a sucess. 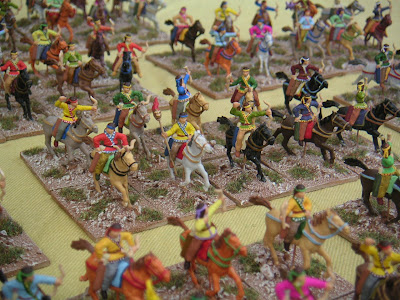 Finally I tried priming with Gesso. The idea was to give a good surface for the paint as the gluable Hat plastic does not provide a good base for any acrylics. In general the Gesso went on OK, but despite repeated washings some figures still showed signs of mould release agent (another problem with this plastic) So I had to retouch about 10% of the figures. The claims for Gesso are that it doesn't hide detail, but it does on plastics because the details are not engraved so deep. I have also found that the Gesso can be brittle so if parts get flexed a lot then the whole surface will break off. So Gesso and Hat plastic is a no go - I'll go back to using a white or sand humbrol enamel paint next time 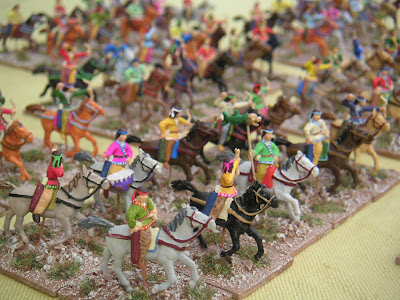 The figures themselves are nice, but I would have liked a bit more variety than the 5 poses provided

Another side project as the Parthians move slowly forwards, hopefully they should be finished by the end of the month. 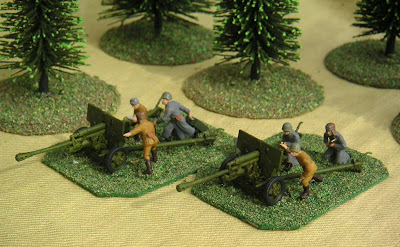 This is the Russian ZIS-3 76.2mm Field gun set as made by Italeri. I already had two made by Skif, but the cheap plastic kit was far too tempting. It's a nice model, assembled easily and thankfully no problems like the Italeri Pak 40, which has the wheels in the wrong position. I will use the spare crew with the next Soviet guns I get.

Over on The Guild they are having a fast painting competition with a theme of "Leader" so I took the opportunity to paint up the free figure that came with my Wargames Illustrated subscription. It's the only figure so far that has been useful as the only 28mm stuff I have is a small ECW force that didn't have a general some pirates and a few skirmish figures.

Here's a couple of shots of the finished figure 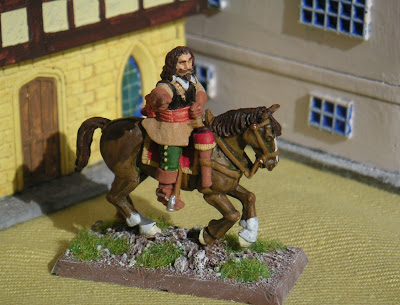 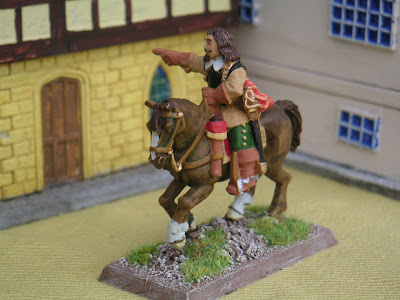 Return from the south

Had a long week-end visiting family down south. I had a bit of time to do what I wanted so I managed to fit in some interesting visits.

Firstly to Southampton, a trip around the walls, but not as good as the one here in Chester. However the main gate (The bars) was quite impressive. The highlight was the Solent Sky museum which covers the history of aircraft manufacturing around the solent and has an excellent range of exhibits, and quite a lot on the Schneider trophy - well worth a visit. 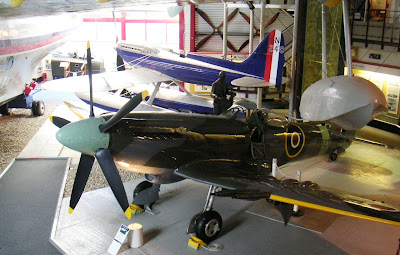 Next was Calshot castle, one of Henry VIIIs artillery forts, this one was built on a shingle spit at the end of Southampton water. Typically it was closed so all I did was a quick walk around the moat.

Just next to it are the hangars from the old Royal Navy Seaplane base and the UK location of the Scheider trophy races. Quite a nice follow on to the Solent Sky Museum.

Finally there was Hurst castle, like Calshot this was based at the end of a shigle spit, this time over 3km long and almost closing the gap to the Isle of Wight. The original castle was again one of Henry VIIIs artillery forts, but this time rebuilt in the late C19 into a major fortification. It was a long walk and the weather was very cold and windy, but luckily the castle was open because officially it didn't open till Good Friday. It's a fascinating location with a lot of history, but down through the years it's guns have never fired a shot in anger. 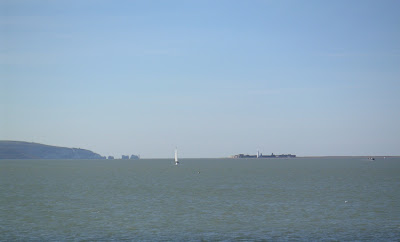 Now back to the real world of painting and DIY.

While continuing with the Parthians, I've been painting a few bits on the side. 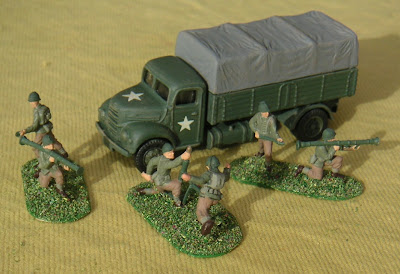 My WW2 US forces are still a bits short of heavier weapons, so I've added a couple more bazooka teams and a 60mm mortar. The figures are mainly Esci, but includes an old stalwart from the first Airfix US Marines pack. In the background is my latest impulse purchase. It's a Classix Ford Thames ET6 Dropside, which looked so similar to the Ford V300 needed for the Bulge scenario "Deception at Malmedy" 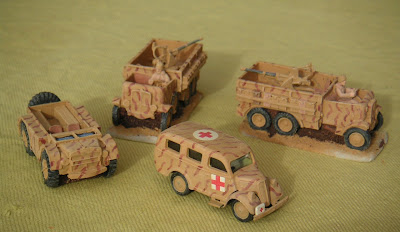 The real reason for buying the truck was the need to buy the Classix Ford E83W Estate, after Simon on the Society of Gentlemen Gamers used one to create an Italian ambulance. For the big game I would also need one for Brescia. Also in view are my recent acquisitions from Ready to Roll, a Camionetta Desertica light truck and two Fiat Dovunque trucks with 20mm AA portee. The later still need the bases painted and some crew acquired.

Due to the vagaries of my PC ( an intermittant power unit failure) I may not be posting or responding as often as I would like.

With Desaix in the Deset v0.3

During the first game the French managed to advance across virtually the whole table before the mamelukes appeared prompting me to check the rules for arrivals and make some small changes. I also revised some of the morale factors for the Mamelukes as they were too easily shaken.

The second game found the French in the centre of the table by the time the mamelukes arrived. They were unlucky to lose two infantry battalions from one Mameluke charge highlighting the risks of being in column within charge reach of Mameluke cavalry. The game ended with the French forming a defensive box/ring with the Mamelukes attacking from all directions. With more units than the French the Mamelukes eventually found an opening and broke in, then it was all over. The only survivors were some French cavalry that routed off the table.

I feel the rules are almost finished and the next game will probably be a formal scenario. I think I'll do the storming of Alexandria, which will need some walls constructed first.

Well, I didn't get as far as planned last month due to DIY. The Parthians are pinned, based and the horses painted. Hopefully I can focus more on painting this month. So my plan is to work on:

Might be a bit ambitious given I still have more DIY to do, but at least the major part of the kitchen project is now past (I hope).