Sorry for the dearth of postings but I've headed North. Very near the Valhalla Brewery, but unfortunately it was closed - they must have known I was coming. I managed to get a bottle to try. 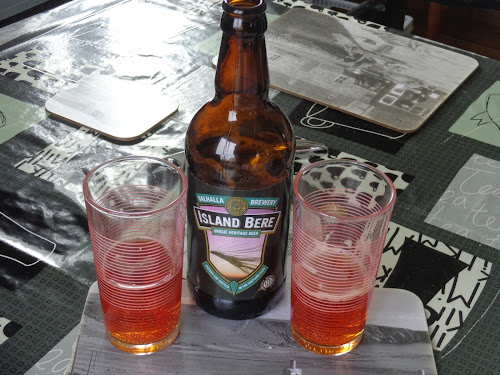 Normal service will be resumed on my return

A selection of Spanish units to defend their colonies against pirates. Figures are Warlord (ex Wargames Factory) and the detail is rather flat for 28mm. I organised the units (companies) in twelves so I could used Pikemans Lament or Rebels and Patriots. All of the metropolitan units did send odd companies out to defend the colonies. The Blue coated unit is Colonial regulars. 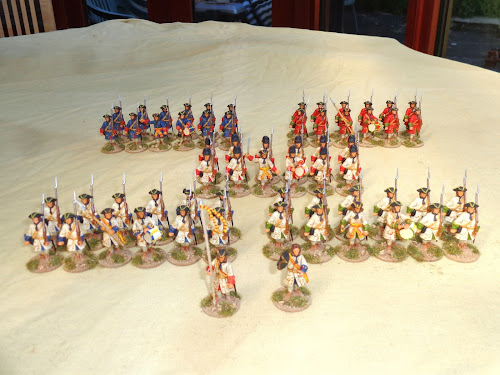 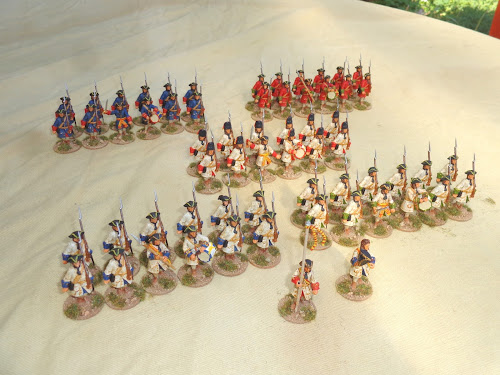 I will be buying some movement trays at Phalanx and I've also got to finish off the mounted officers.
Posted by Fire at Will at 18:28 2 comments:

Well, I may be behind plan in April, but May with unexpected family commitments and holidays will be even worse, so I'll mainly concentrate on completing what I already planned for April. There's an update after the picture of my workbench 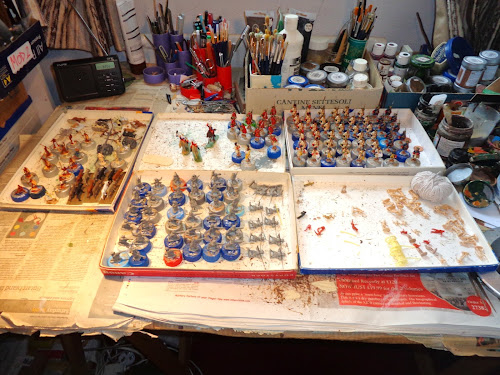 I had forgotten how much longer it takes to paint 28mm figures compared to 20mm, but I managed to complete the artillery before the month end. These are the Warlord ex Wargames Factory figures and the guns were assembled using the smaller barrels. 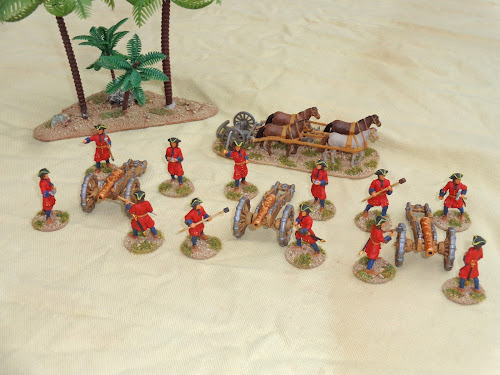 The limber is a Blotz MDF version that I bought as an experiment for a heavy gun limber. It didn't work for that, but with some left-over Valiant horses it works well here.
Posted by Fire at Will at 17:02 No comments: