Do I really need these, no but they are a nice different unit for WW2. These were Morrocan tribal units recruited by the French. 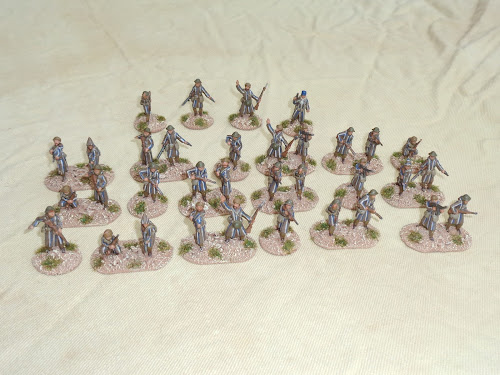 There was no clear low level organisation for the Goumiers that I could find so I settled on a platton equivilent with three ten man squads and a four man command team including a French NCO. 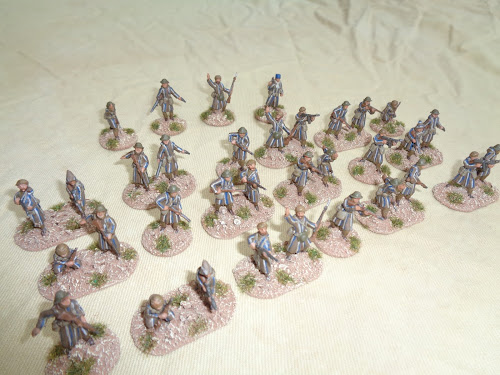 These are partly equipped by the British and US, but still wear their characteristic coats 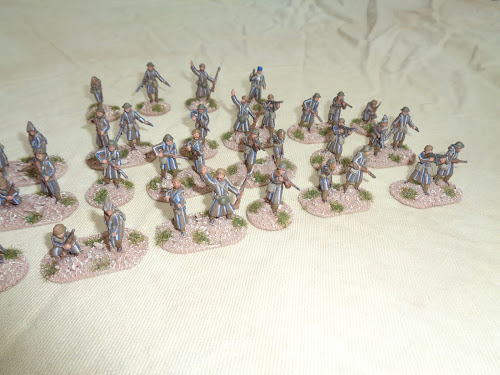 Now for some really colourful tanks, a Renault Schneider CA1 and a Saint-Chamond. both are 3D printed and have been scaled up from 1/200 to 1/76. 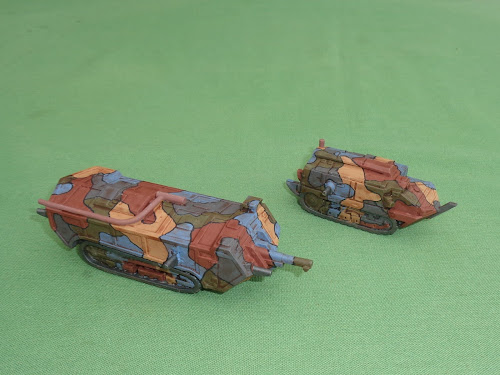 8The most obvious flaws in scaling are the hotchkiss machine guns, which are quite crudely modelled so that they are robust in 1/200. 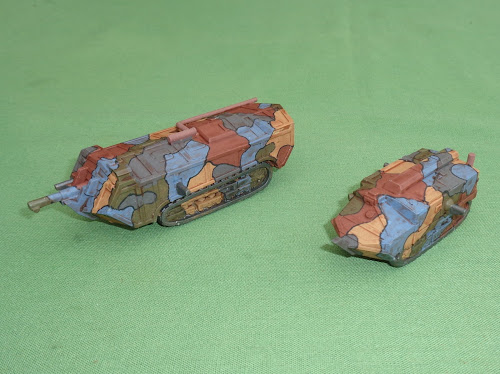 Yet again, problems have slowed progress, but the bulk of my extra French are completed. Most of these bring my forces up to the strength required for the Rapid Fire Blitzkeig scenarios. 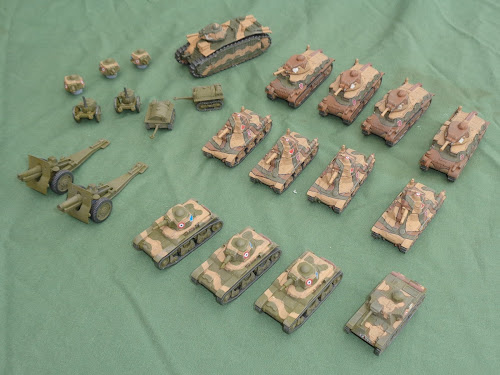 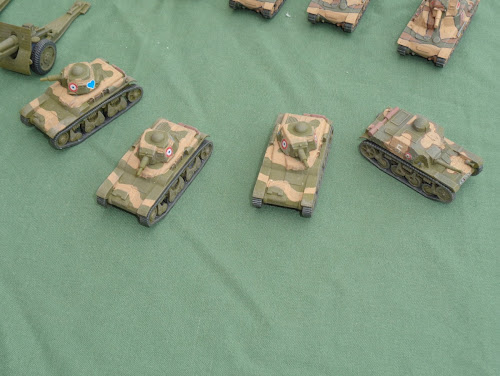 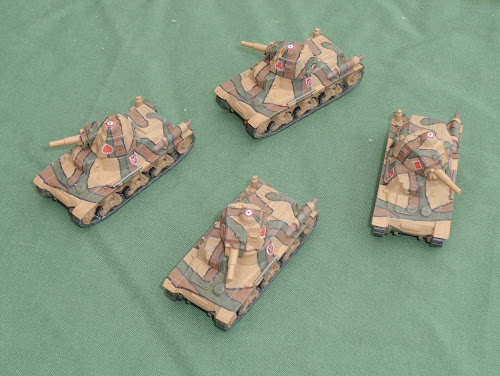 Somua S35s, originally I only planned to add 1 but they were so much nicer than my original models I produced 4. 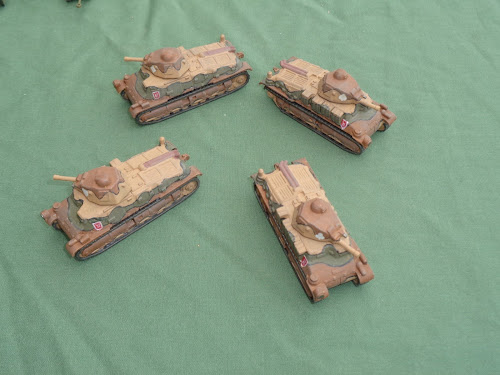 8The final tank a Char B1 bis - all looks Ok 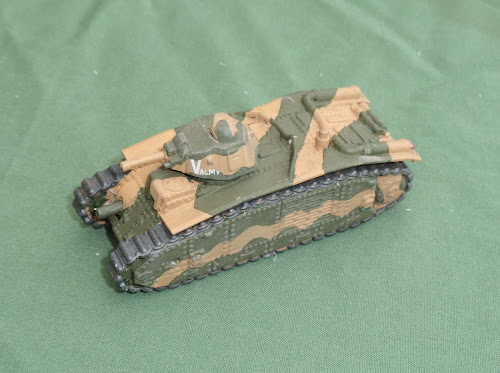 But the other side shows the effect of uncured resin leaking out from inside and this is after repair! 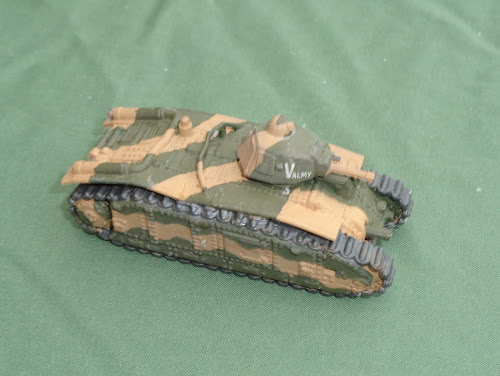 Draining the resin, I have done this to all the tanks and about 50% contained uncured resin. 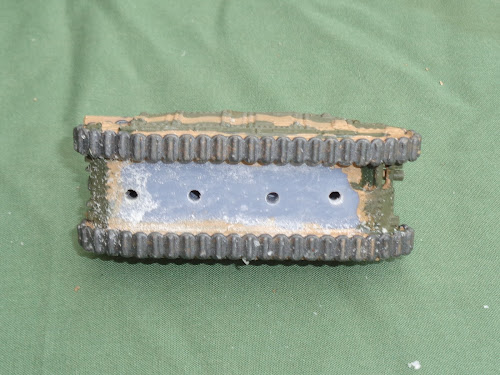 The guns etc, will be shown later, once I have finished their crews, etc. I have made a start on draining the LVTs, but my minidrill failed and I have only just received a new one.
Posted by Fire at Will at 15:40 1 comment:

Well my youngest daughter has arrived home after several years in New Zealand, so I can forsee various family events interupting my painting. As previously mentioned decorating had a bigger effect on my output than expected, but at least I managed 5 out of 6 in the Wargames Forum 30 day kit build challenge, which was not in my plan 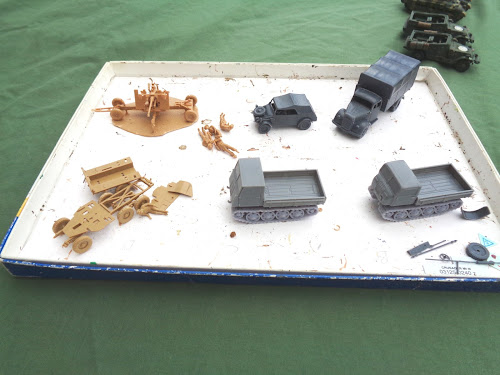 There are a couple of PSC RSOs with resin printed tracks, an Italeri Kubelwagen and Opel Blitz, and a Zvezda Bofors gun for my BEF. The fail was the Airfix Bofors tractor, again for the BEF.

So my plan is to continue with what remains from my April plan Best wishes for the future to all Ukrainians at the moment, please donate to the DEC appeal in the UK or whatever is possible locally.
Posted by Fire at Will at 21:42 No comments:

Manage to complete painting my 3D printed WW2 British before the end of the month. 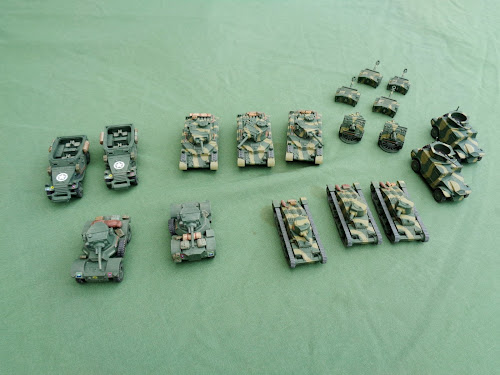 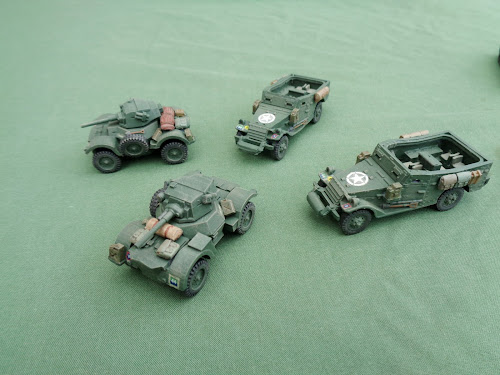 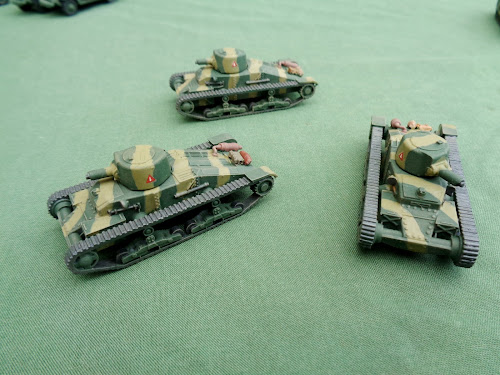 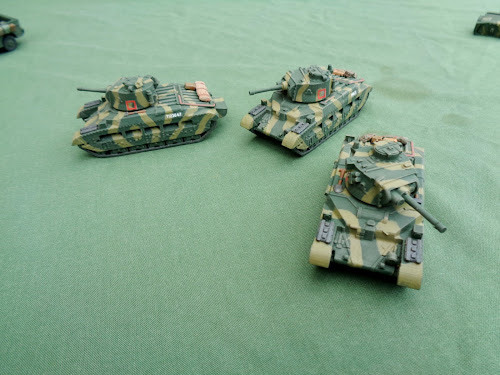 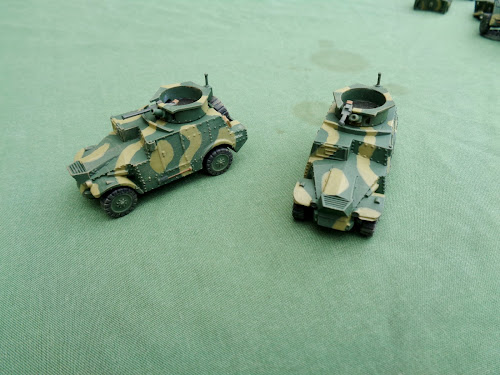 18/25 pdr guns and limbers, the guns are PSC with 3D printed wheels 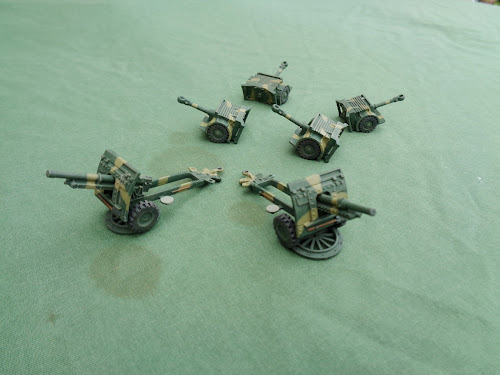