Luckily, despite being down with family for Christmas I managed to escape for a day of Rapid Fire gaming at Bristol Independent Gaming. 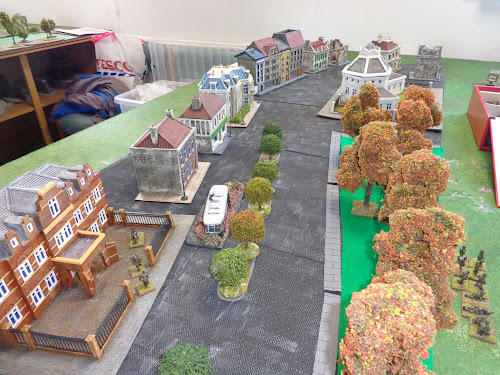 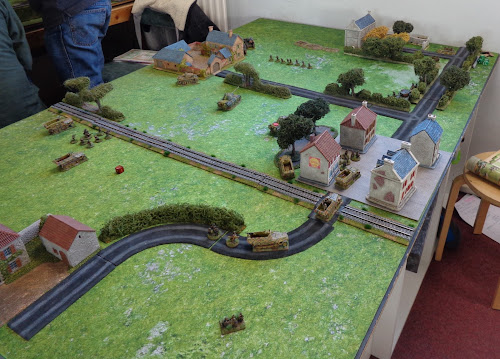 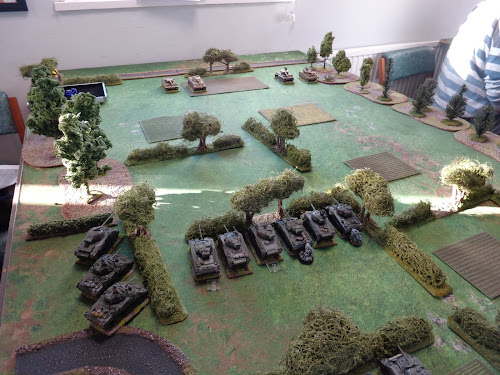 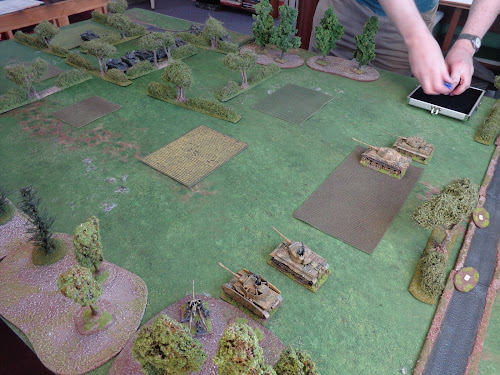 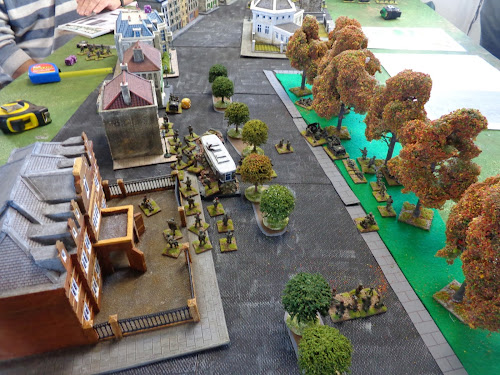 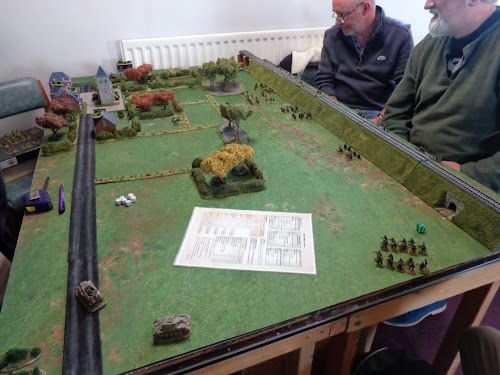 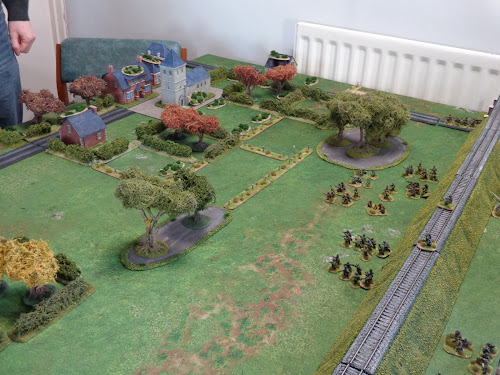 Merry Christmas to all my followers, and thanks for all the supportive comments through the year. Possibly my final unit will be this platoon of WW2 German infantry in greatcoats. They are a mix of various greatcoated figures, particularly Italeri and Zvezda. 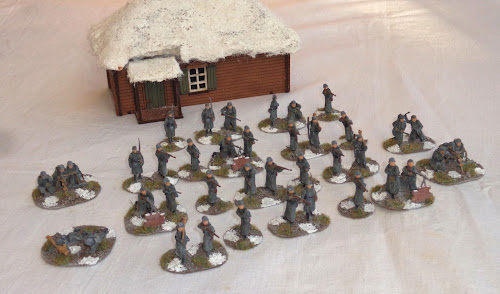 I will be adding the marching mortar crew I completed back in 2915, but I'm tempted to get another of the firing version (link) 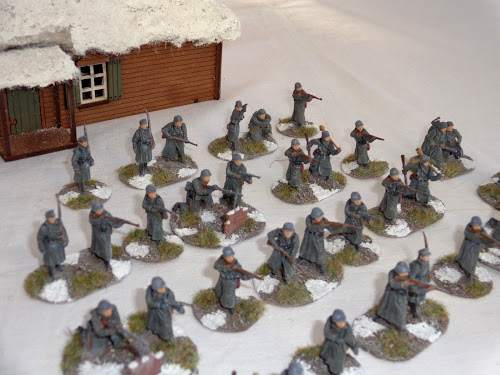 I'm hoping to get the medieval Swiss finished by the year end, but life is getting rather hectic at the moment.
Posted by Fire at Will at 21:03 3 comments:

Just too late for the snow, this platoon with supports was painted and based for winter warfare in the snow. 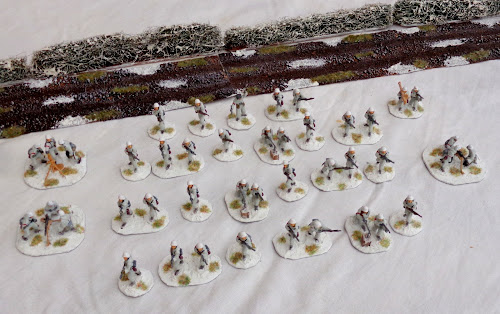 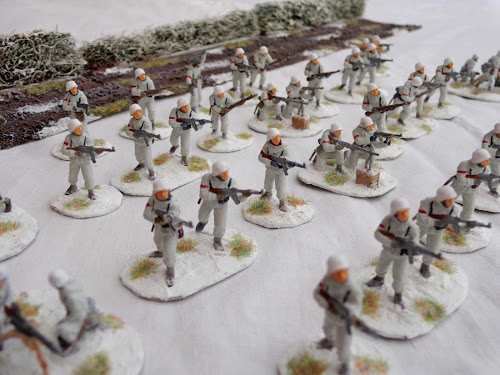 I've now rebased my Polish and Hussars and Haiduks, so they match the rest of my Renaissance collection. 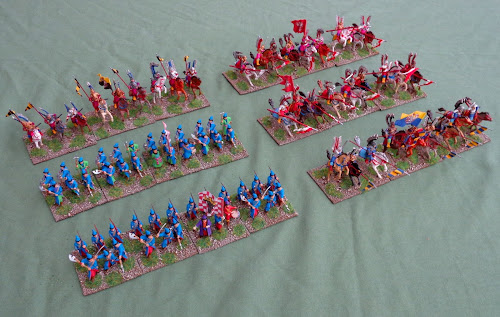 When rebasing the Hussars I decided to cut down the length of the existing lances plus adding extra as the original figures had too few of them to look right. I also reduced the units down to nine figures, thus I had to repaint the coats to ensure the units looked consistent. 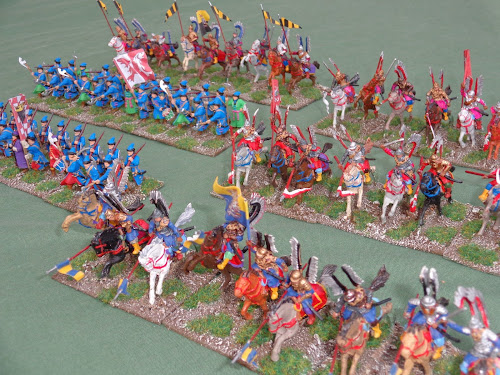 The Haiduks were a simple rebasing job, the only tricky part was applying the basing neatly between figures in two ranks. 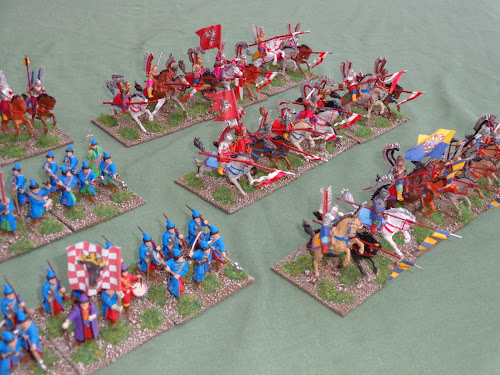 One idea I should have thought of was adding a small bead onto the lance to mimic the hand guard.
Posted by Fire at Will at 15:44 2 comments:

Not quite the big push to finish off the year as there are certainly a number of areas where I won't hit plan. So a bit of a mix

A drive across to Recon in Pudsey for the last show of the year and it's a nice friendly show to finish the year. Not much eye-candy though. The Lance & Longbow took across the what-if battle of Chester 1318 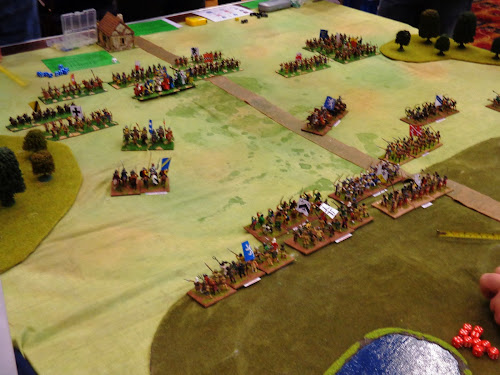 The big spectacle was a Battlegroup game of operation Goodwood. 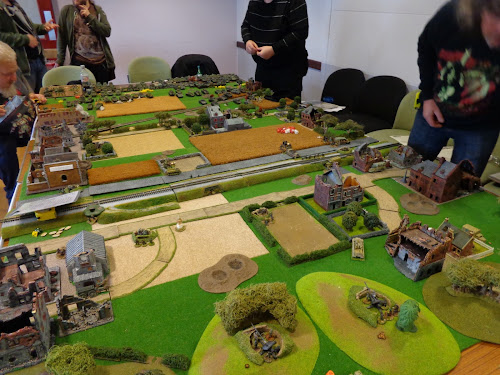 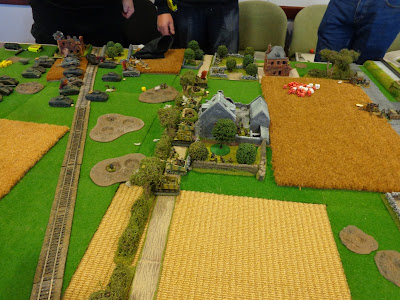 but too many tanks for the table used and not including the masses on the table edge waiting to come on. 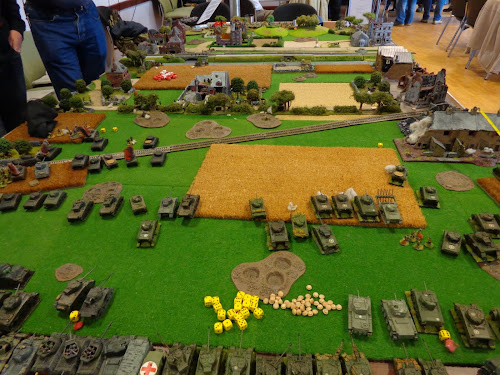 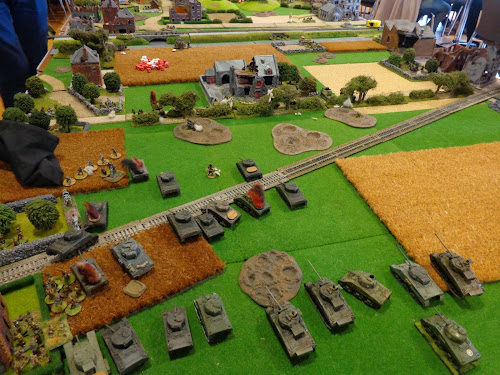 Sold a number of old units on the bring and buy and bought some interesting reading. David "Low Roller" donated me some more plastic to add to the stash