RAGE at the Royal Armouries

An assortment of groups and societies attending the Royal Armouries Gaming Event (RAGE) and this weekends event was themed on the Hundred Years War to fit in with the transfer of the Agincourt diorama from the Tower of London to Leeds. I participated as part of the Lance & Longbow display and we ran a participation game using a big battle variant of Lion Rampant of the battle of Bauge 1421.

The Duke of Clarence ready for the fray. 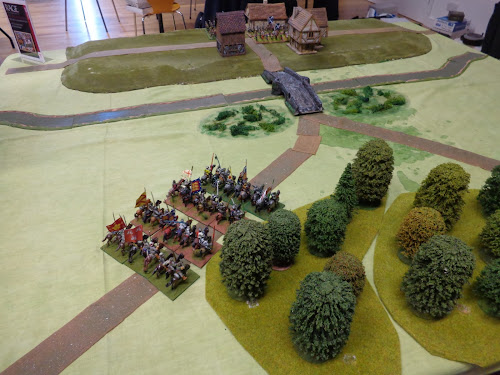 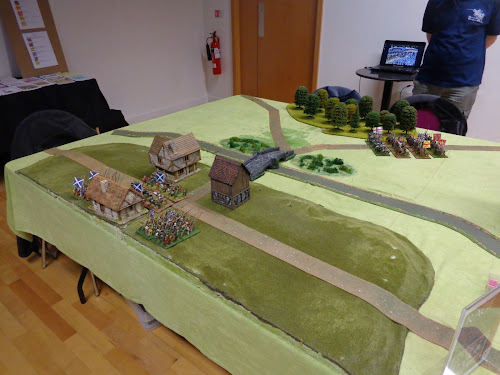 Clarence has devastated most of the Scots single-handedly before succumbing to a Scottish halberd (vignette borrowed from Simon Chick) This triggered the real battle with Franco/Scottish and English Reinforcements arriving to recover the body. 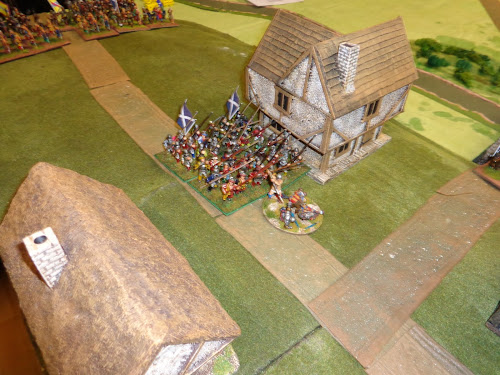 For some reason after this I didn't take any more pictures in either game we played! 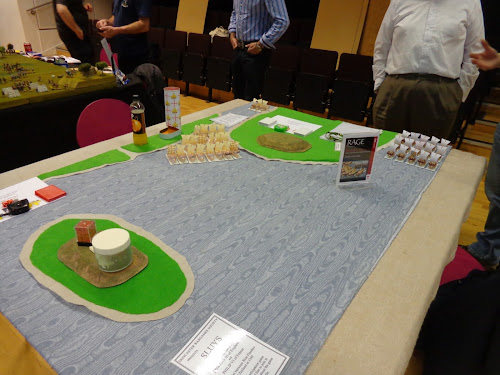 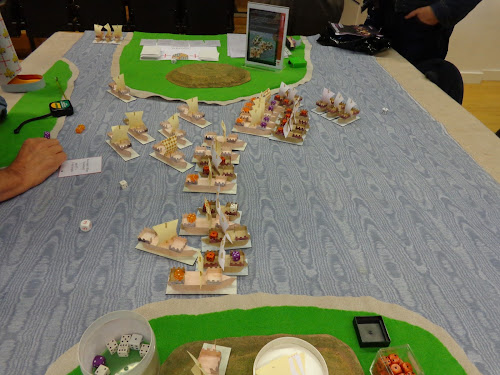 Henry V march from Harfleur to Calais as a strategy game 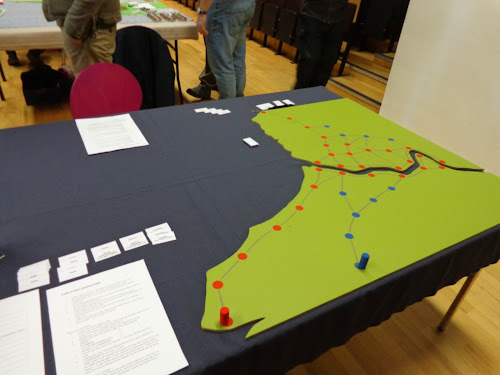 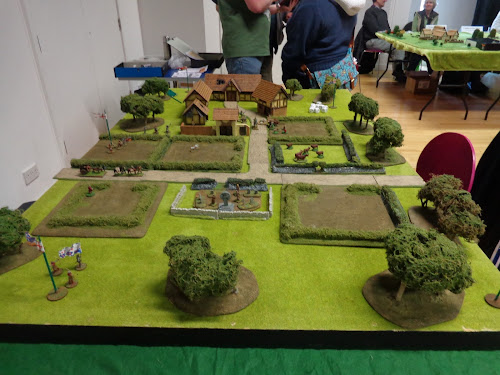 Themed around St George (as it was St George's day) 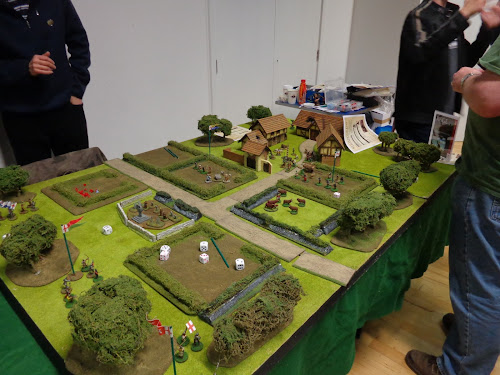 A dragon would appear in due course!

Another skirmish, I really liked the fields in the foreground, they look good but don't interfer with the movement of figures. 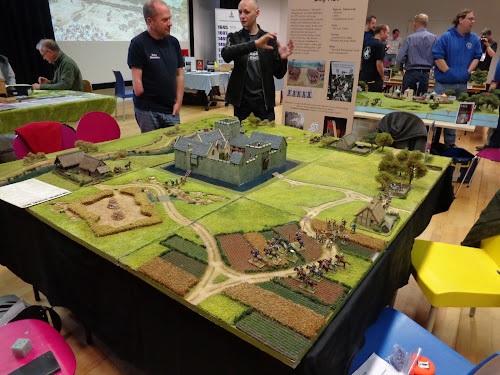 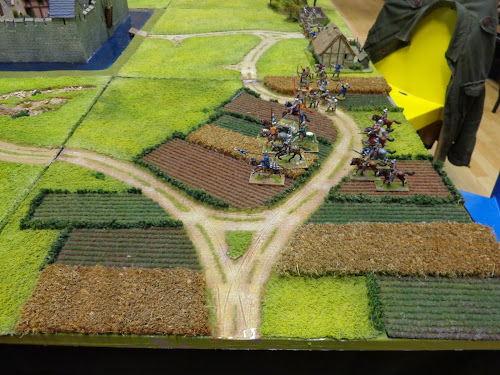 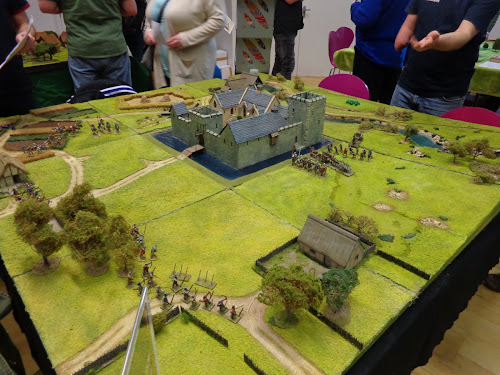 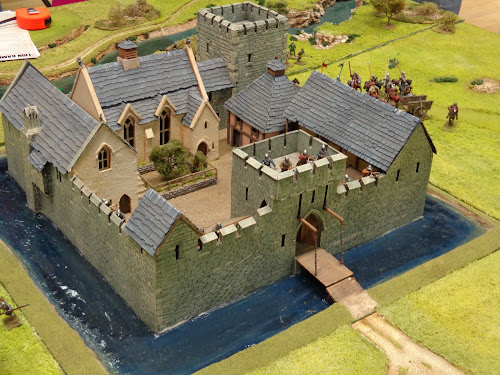 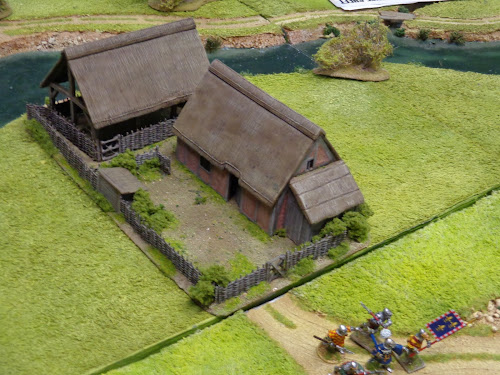 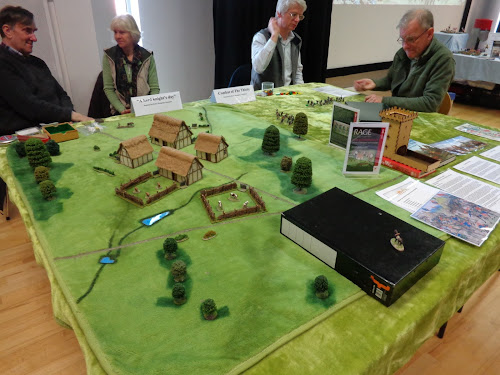 Simon Chick's Agincourt out for another outing after Salute last year (still worth photgraphing again!) 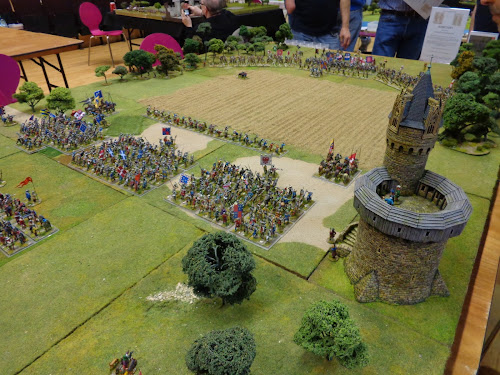 The English awaiting the French, note the new wagons with bags of arrows being unloaded. (yet another good idea from Simon) 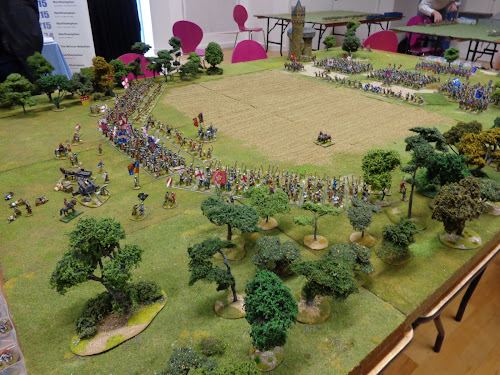 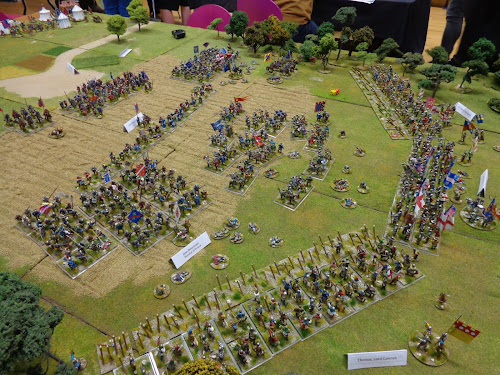 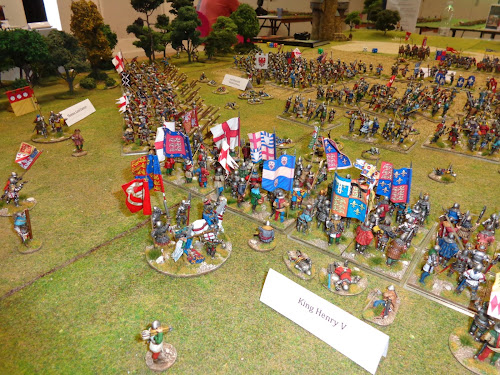 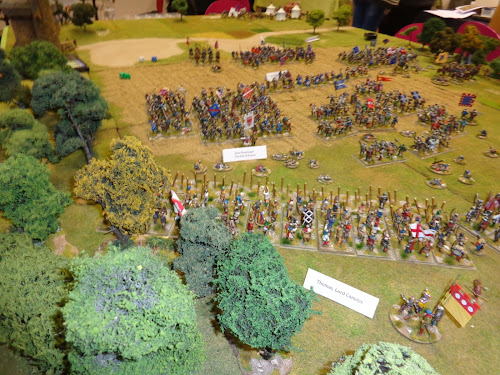 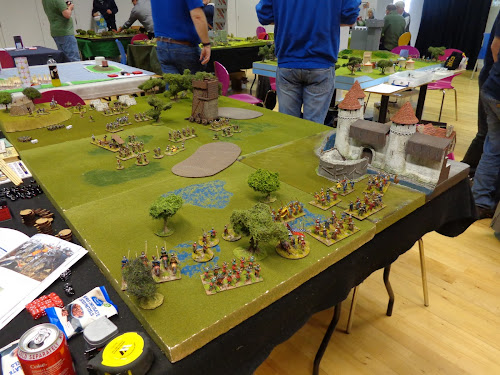 The lovely Hudson and Allen city walls from the inside. 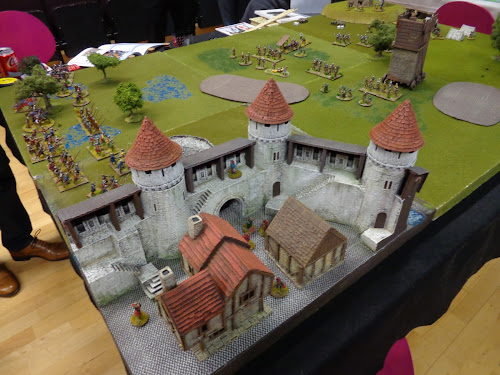 Not quite HYW, but lovely 15mm WOTR figures 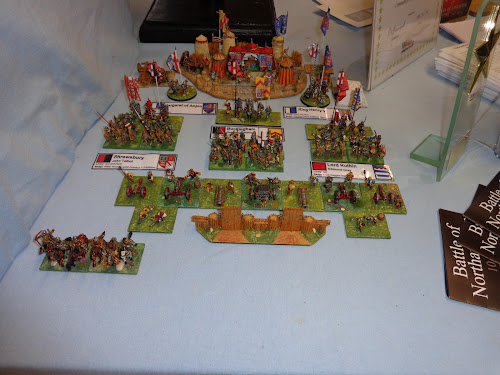 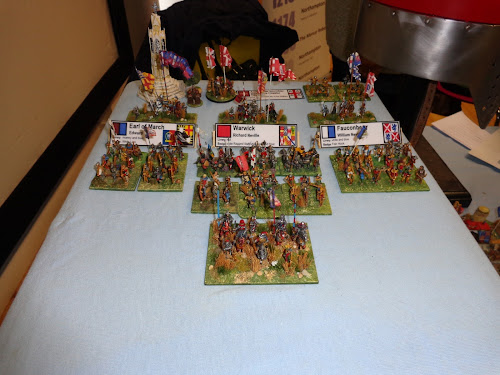 The the Society of Ancients "let the dominos decide" game of the breach at Harfleur! 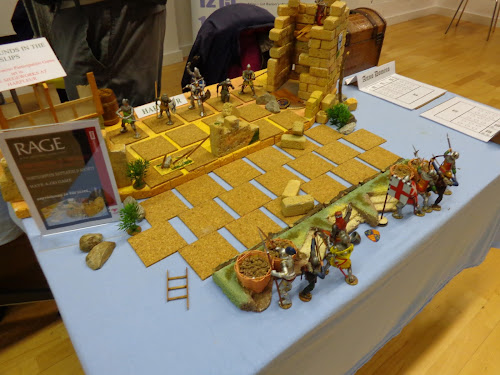 Castillon one of the late HYW battles 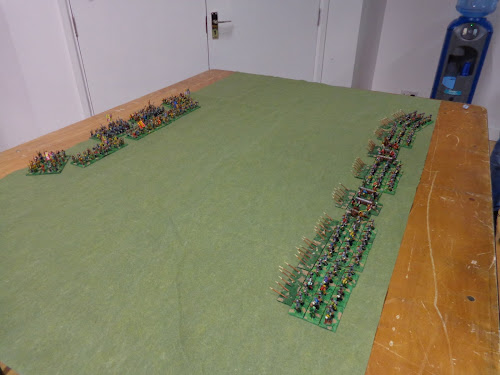 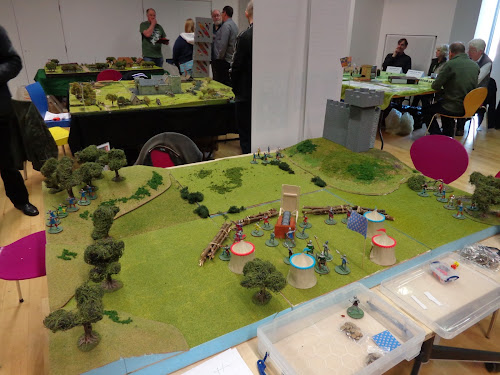 Great report and pictures Will! Thanks for sharing!
I see one of the Perry brothers was there to!

Excellent report and photographs Will - very much like the Hudson and Allen walls.