Following on from my Prussian Army, here is my old Austrian army, both were planned at the same time and the only significant difference is that the Austrians have more light troops (Grenzers). All the army is made up of Revell figures except the hussars, which are Airfix.

Right wing cavalry, two units each of hussars, cuirassiers and dragoons. The cuirassiers are simple paint conversions of the dragoon figures with any prominent lapels cut off first. 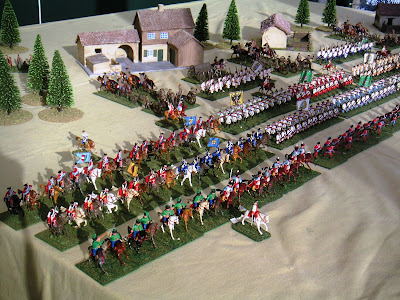 The infantry centre with Grenz out in front two line of infantry and a couple of grenadier battalions following up. The Grenz are just grenadier figures with their bearskins cut down. 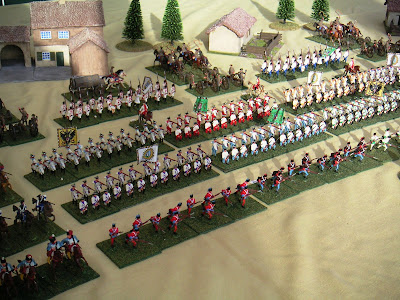 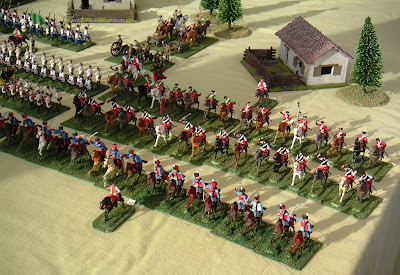 Some artillery, including a homemade caisson. 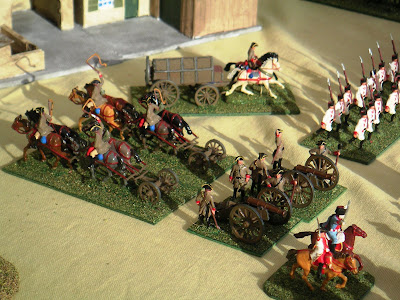 Now back to the rest of the Bavarians.
Posted by Fire at Will at 15:13

I like them, Will,I like them a lot. Thanks for showing these I'm going to "Favourite" this page for inspiration.

Good work!! What a lot of painted miniatures!!