The Bavarians currently in progress are the first Revell SYW figures I've painted in quite a while, so here is my first SYW army, the Prussians. 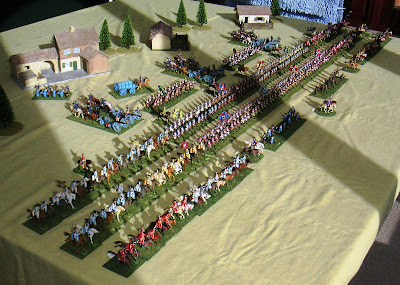 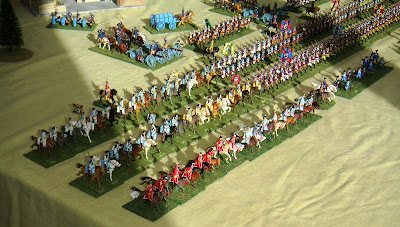 The infantry, eight infantry and two grenadier regiments, plus Freikorps and Jaegers 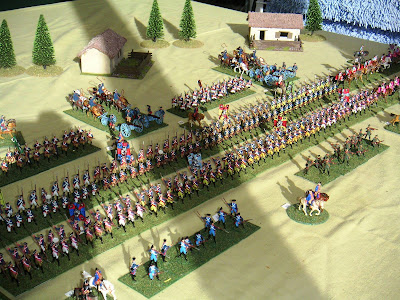 The right wing cavalry, some suffering from a particularly strong florescent pink. 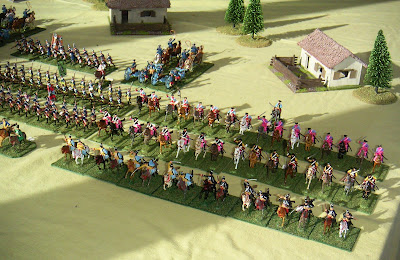 Some of the artillery including a home made caisson 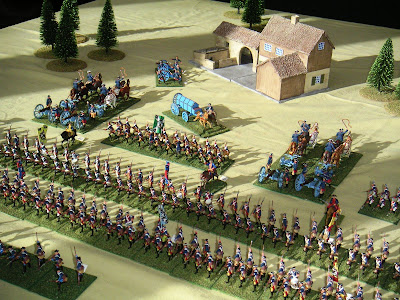 An oustanding view!
I love Revell 7YW figures. I did used in the past the Austrian Dragoons to make my Old Guard Grenadiers a Cheval, and the horses are really large and look well for Napoleonic heavy cavalry. The Revell Prussian Hussars, with a new head, also form part of many of my napoleonic hussar units.
Best regards
Rafa

Still a very nice collection Will! Did you simply use the Austrian Dragoons with a painted-on cuirass for your Cuirassiers?

Looking forward to seeing your Bavarians when finished.

Inspiring stuff, Will. Nice to see the 'big picture' ...

Rafa, I gree they are excellent heavy vcavalry figures, much better than my Airfix Cuirassiers

Sir William, yes they are a simple painting conversion after trimming away the obvious lapels.

Phil, it helps to put the additions in context, just wait for the Austrains, and then the other hangers-on

Jeff - there are schemes planned for a new imaginations campaign, next autumn/fall.

That really is an impressive collection - even the guys in pink look fierce!