A rather bedraggled unit for my first battalion of German winter infantry, Intended to depict some Stalingrad defenders or other troops ill-prepared for winter fighting.

The majority of the figures are the Strelets German Army in Stalingrad, plus some Zvezda German MMGs and Mortars in greatcoats, HaT greatcoated German gunners, a few Italeri German elite infantry and a single Revell Afrika Korps figure.

A couple of close-ups 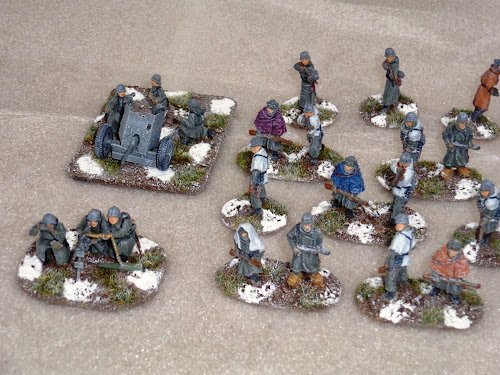 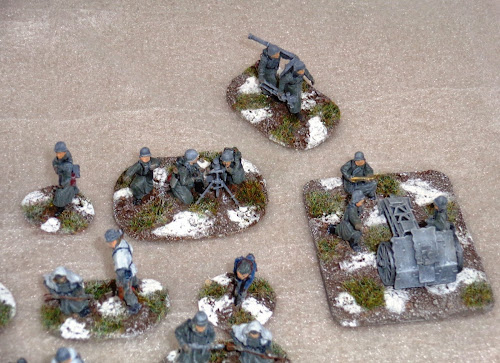 Apologies for the groundwork as it was all I could find, somewhere I have a couple of old "white" sheets.

Wow! These guy's look cold. Great collection of gear, Will.

Very nice Will. Like the guys wrapped in blankets!
Cheers, Andy

Great stuff Will- winter troops do have their own appeal for me.

Great looking figures. Nice how you've mixed in the different manufacturers as well.