As is traditional on the day after Phalanx the Gentlemen pensioners gathered in Manchester for a big game. This year it was set in the English Civil War and presumed that the Royalists actually tried to stop the Parliamentary relief of their siege of Gloucester. I declared my allegiance and was allocated command of the Parliamentary left wing cavalry.

Preparing for the off, Nick as King Charles looks fetching is red, while Phil surveys the task ahead. 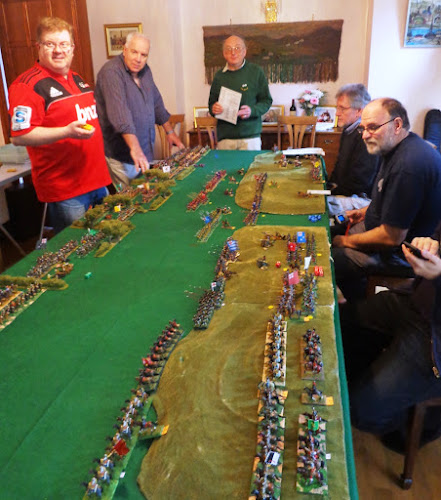 The die gods of war with with me and the first rank of Royalist horse were defeated. I followed up with one regiment, but the rest of my wing decided to wait a bit first. 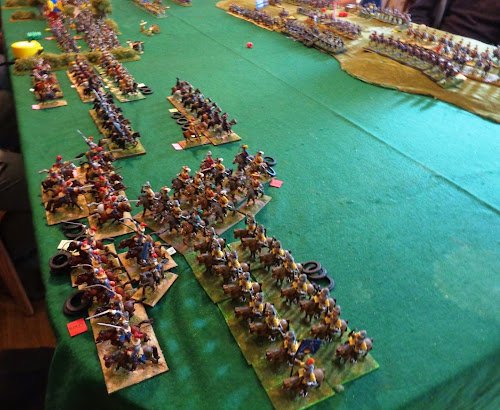 In the right centre our foot got stuck in, while our left centre infantry decided that they would maintain their alignment with my cavalry. 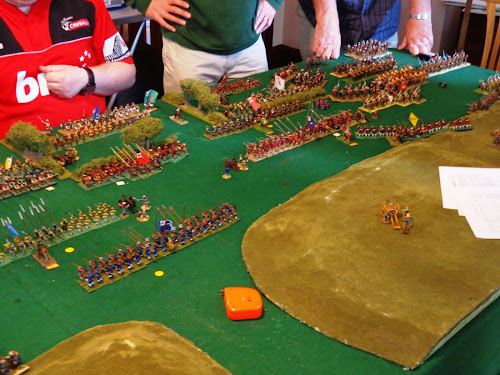 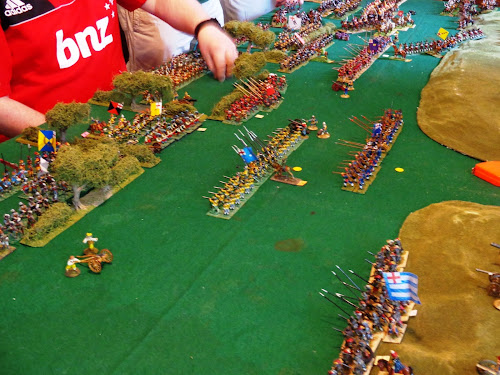 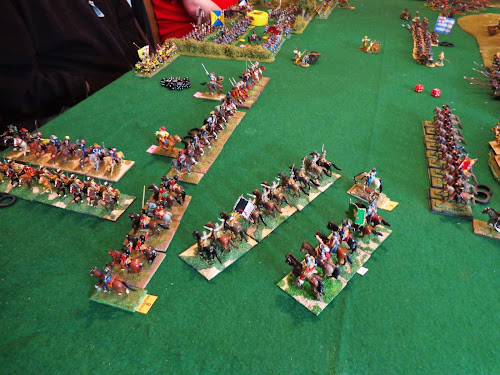 All but one unit of Royalist cavalry were driven from the field and even that one decided to leave rather that meet it's obvious fate. 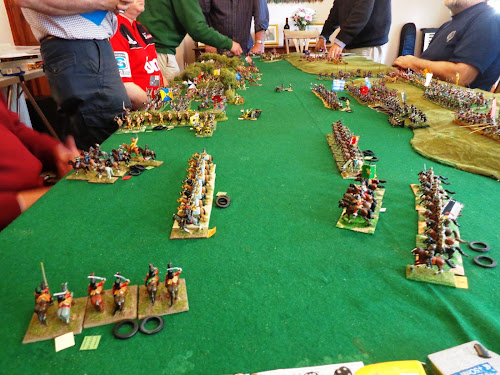 Meanwhile the infantry fight over the hedgerows continued, but on our right our cavalry also drove off Rupert and his boys! 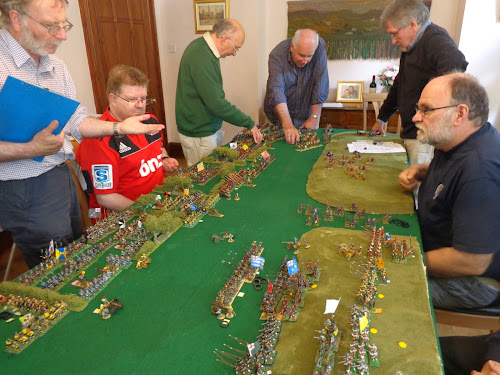 At that point a Parliamentary victory was declared and we adjourned for tea and to celebrate Davis's birthday with a very fine cake. 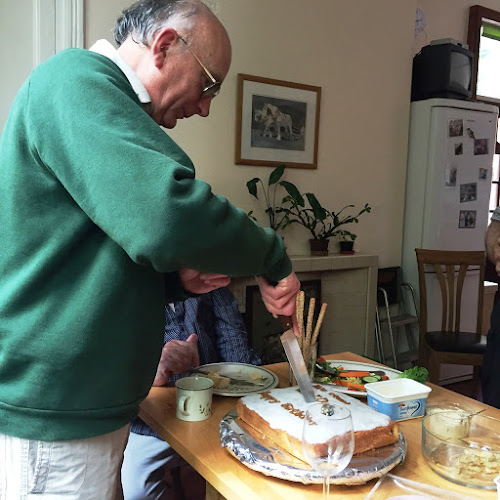 For those interested the rules were modified Pike and Shotte with a changed move sequence and combined foot unit of pikes and muskets.

David's version of events on the other end of the table can be found on his Wargame Amateur blog
Posted by Fire at Will at 13:54