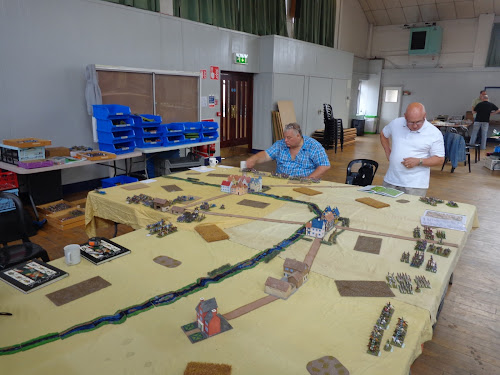 View from the mill at Fleurus, Ligny on the right, St Armand then La Haye and Hameaue to the left 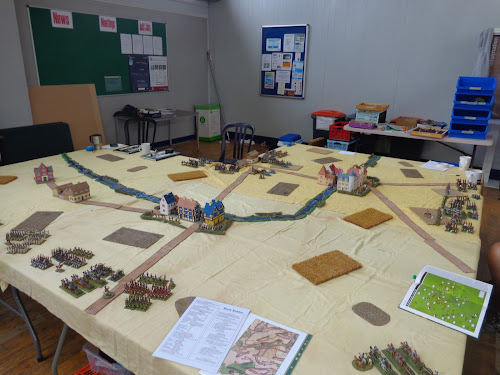 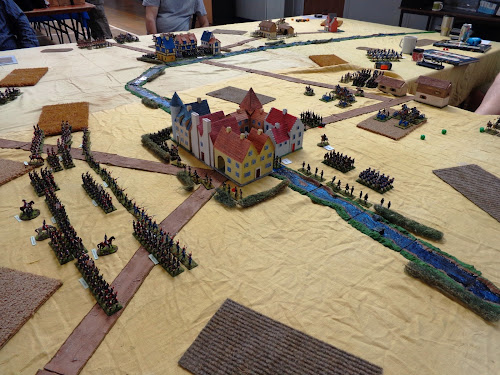 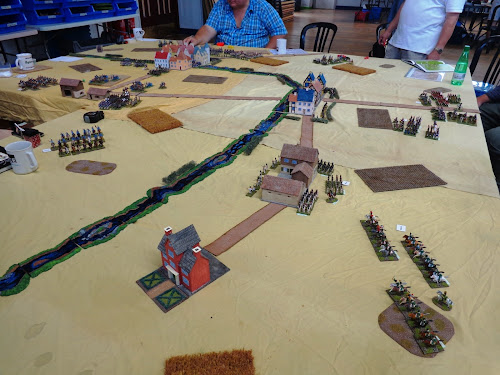 Another move and very little progress by the French 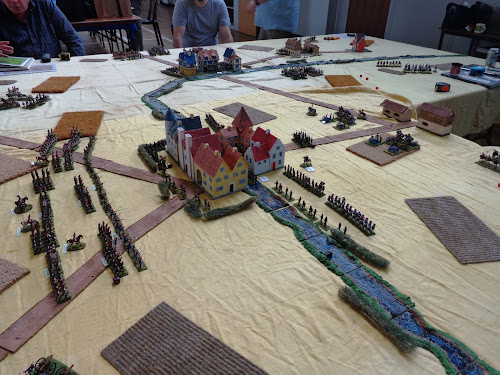 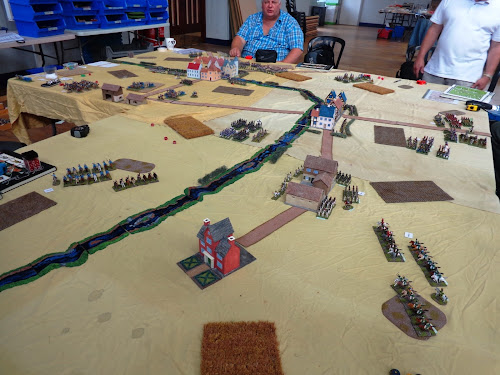 Surprise!, Under the noses of Domon's cavalry the Prussians cross the western end of Ligny brook 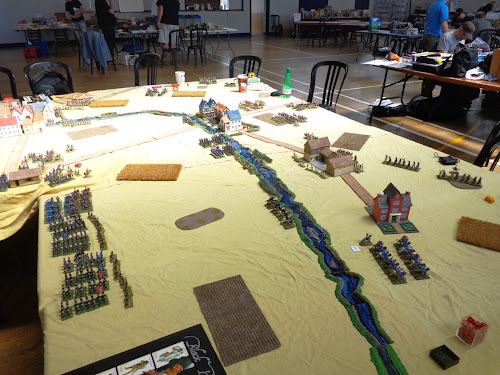 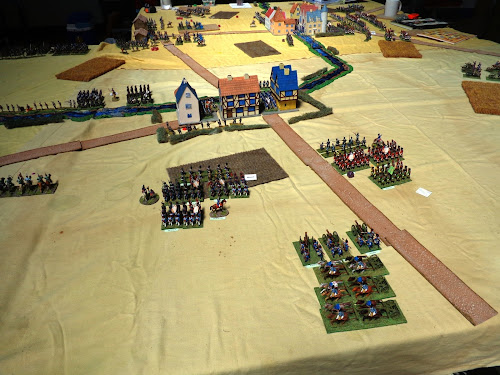 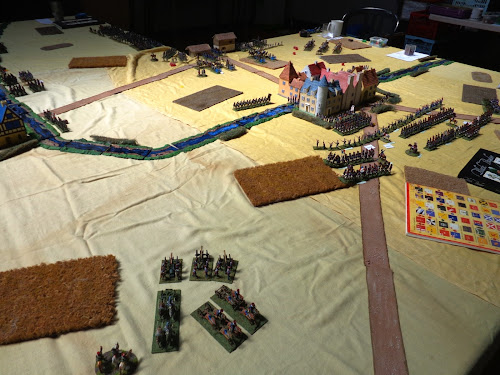 The twelve pounders, The guard artillery claims their first Prussian unit wiped out. 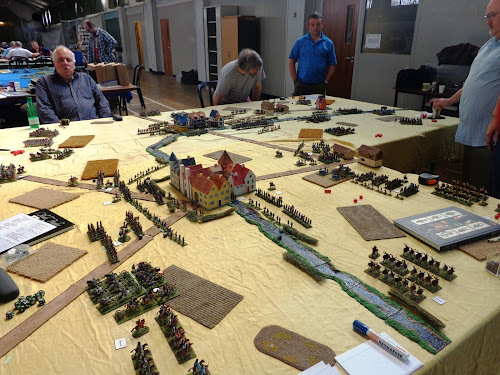 Fighting over the fields and hedgerows surrounding Ligny, the Prussians are had to shift (or is it Pete's dice?) North of Ligny there is a cavalry standoff across the brook 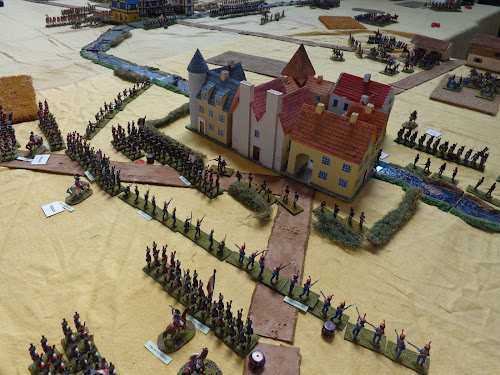 At last the Prussians are driven back from the hedgerows 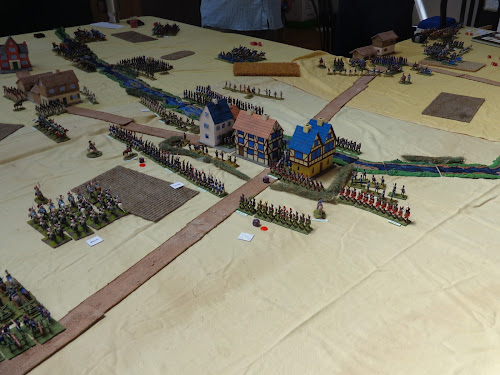 St Armand under pressure with Swiss assaulting the eastern end 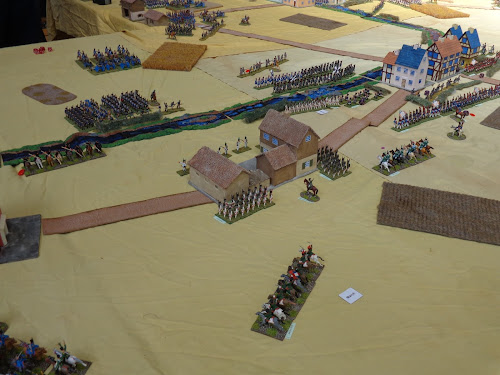 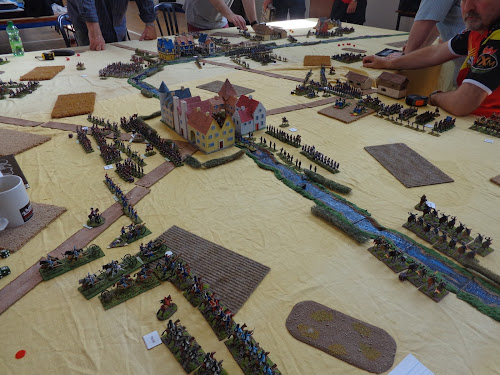 The Prussians get adventurous on their left as well, one cavalry unit crossed the brook While Gerard's and the Ziethen's arileery apply counter battery fire 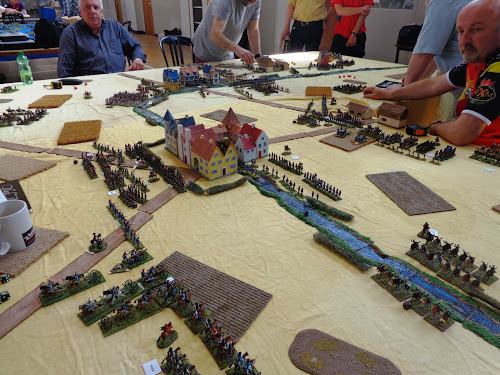 A gap in the records, as it got quite busy on the French left with Domon's cavalry division broken and Prussian dragoons rampaging right up to the gun line, luckily some of Milhaud's cuirassiers were advancing to their rescue. Domon's situation was not helped by a unit routing on false rumours of betrayal. 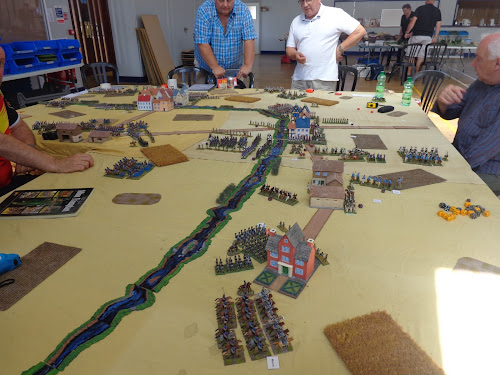 Nice story.Its a battle I want to do and here it is a very good inspıration!