Positioned on a high above Sintra in Portugal overlooking the Tagus estuary and the west coast is a fantastic castle.

You can take the bus up, but better is the stiff climb through the trees of the Quinta Sasseni, about 15minutes from the top the castle appear above you 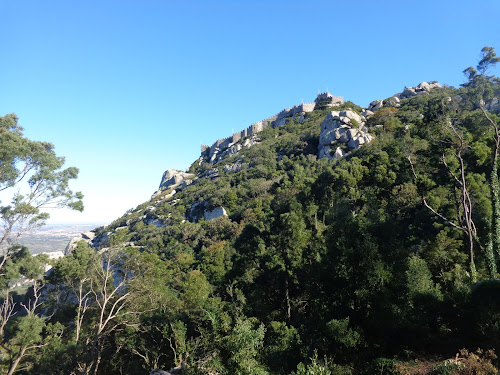 This is a popular area for rock climbers as well 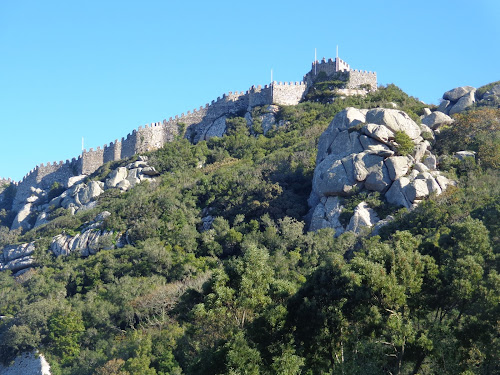 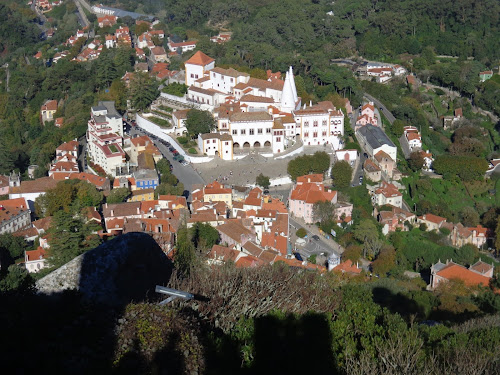 The Moors built the fort in the tenth century in a col between two hill tops. 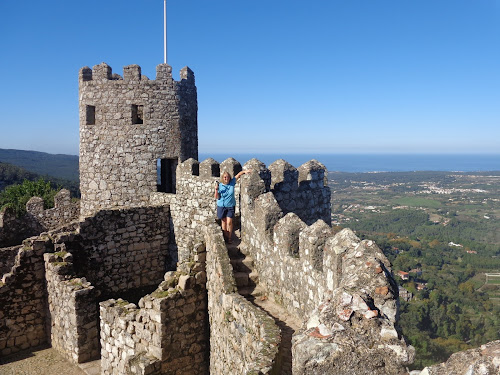 The view down the way we ascended. 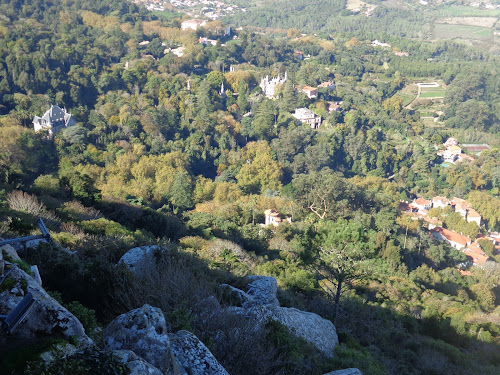 The opposite hilltop with Pena palace beyond 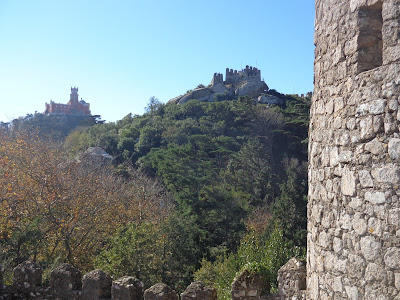 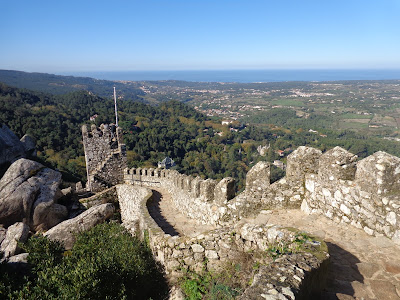 It actually fell to the Portuguese following the conquest of Lisbon in 1147. 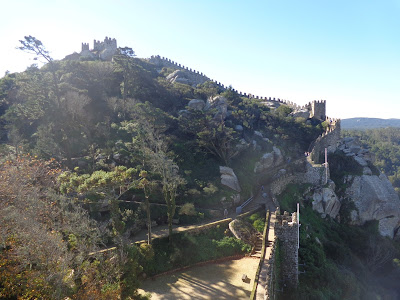 During the 12/13th centuries the fortifications were improved 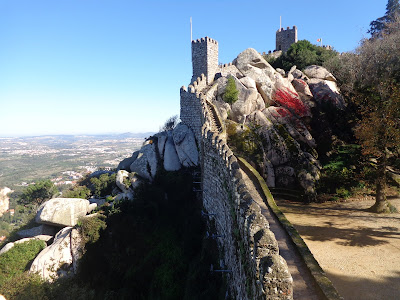 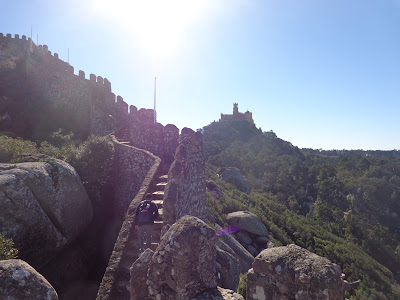 The castle was badly damaged in the 1755 Lisbon earthquake 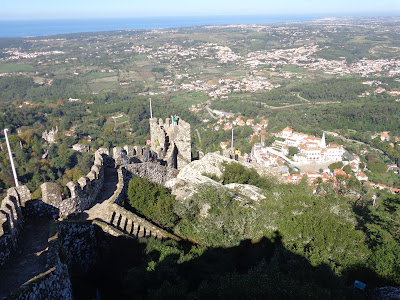 It was rebuilt by King Fernando II at the same time as Pena palace was constructed. 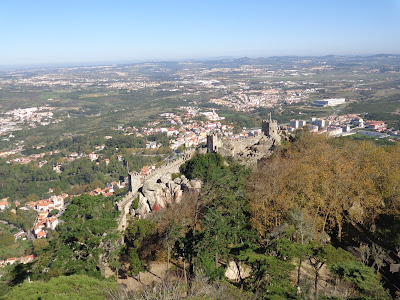 Another view of Pena. 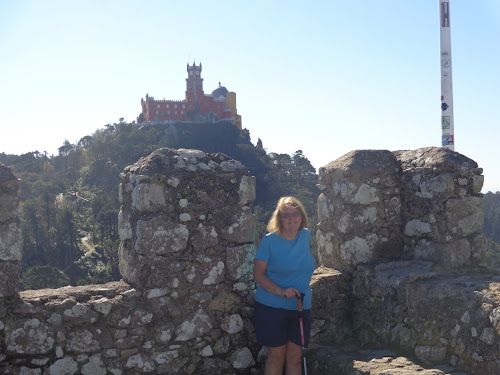 Lovely photos. Thank you for sharing.