Unfortunately I choose a deep sky blue rather than a blue-grey for the base colour so the result is especially bright in the sunlight. Appropriately they are the Polish Blue Army from Strelets 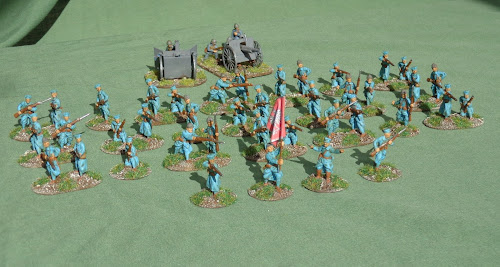 The Blue Army was equipped by the French and fought on the western front in WW1, before being shipped east to join in the conflicts there. I will certainly use them for the Russian Civil War. 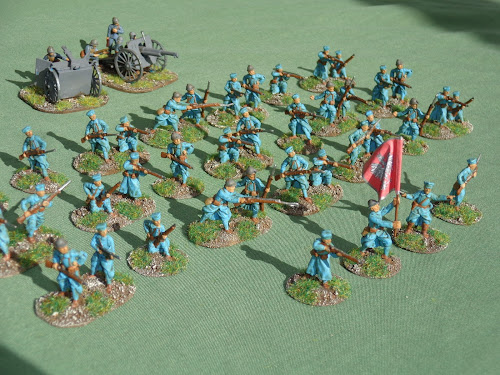 At the back is a French artillery gun and crew in the colours I thought I was using!

Update, here is a couple of pictures taken in more subdued light, so not so bright and the shading shows up better. 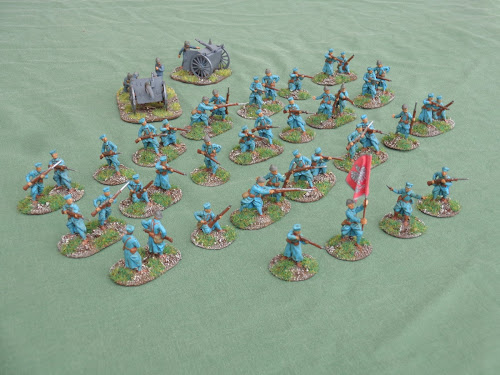 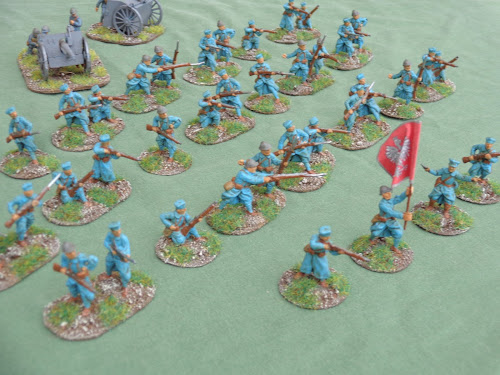 Very nice figures and good to see something a little less usual.

Thanks Sobreviendo, I had tried to find some more details on what the flags looked like.