While sorting out my Russian figures for a game last month I realised that I had still not rebased about half of my artillery. So I set to but the task magnified somewhat, as I decided to replace my ageing Airfix crew conversions as well. 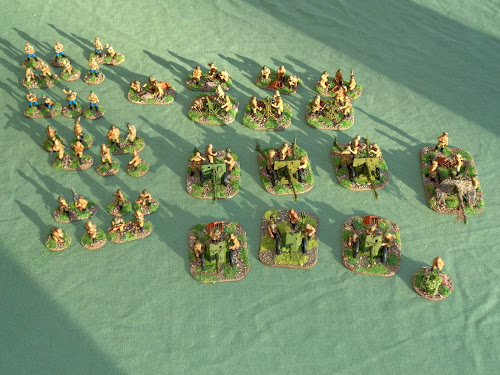 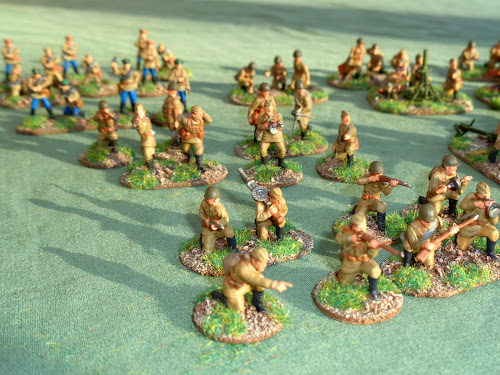 120mm Mortars, one extra added as I occasionally make use of the extra allowance, with a mix of PSC crew conversions along with loader teams. 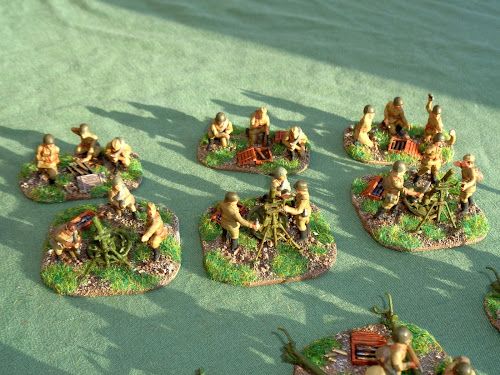 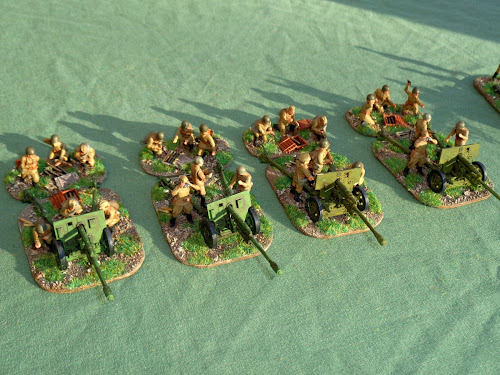 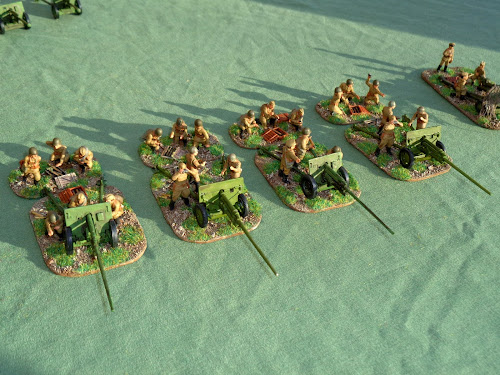 Or even using a couple of older 76mm guns (metal models supposed to be M1936 divisional guns). The sniper was another upgrade, given some better cover as well. 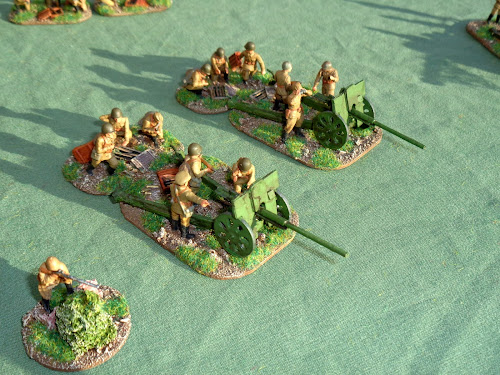 I spotted I didn't photograph the three 45mm AT guns shown in the front in the first picture and the 100mm AT gun on the right. I ensured I had enough flexibility by painting a pair each of the 45mm and 57mm AT guns.

I quite enjoyed creating the replacement gunners with arm swaps from other sets, especially borrowing the 120mm mortar arms from the PSC German Heavy Weapons, I kept one back as I need to add a third 120mm mortar to my Germans.
Posted by Fire at Will at 21:38

Well done Will. Lots of imagination here. You're in shape!

Nice conversions - I spotted the PSC crew figure being used for one of the recce patrols as well. Nice.

Something very satisfying about conversions. Apart from a reminder of days gone by when that was your only choice, there's something very rewarding about creating your own unique figures. Great work.