Two units of Soldatski and one of Strelets made with the Strelets bonus figures. With especial thanks to Peter from Benno's Figures Forum for trading figures so I could make consistent units. 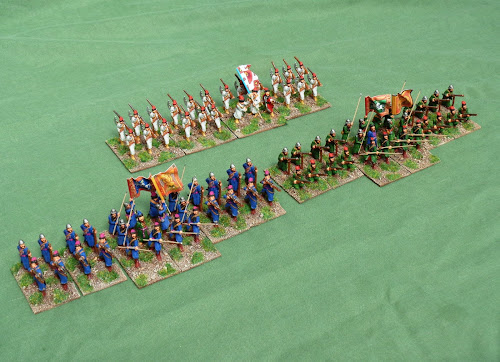 The pikemen for the Soldatski as simple replacement of the matchlock musket with a pike, trimming off the apostles and painting on a breast and back plate. 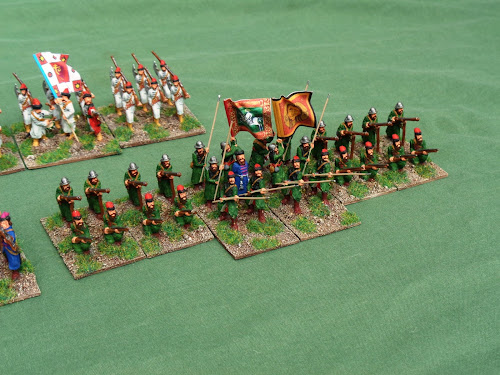 Uniform colours are loosely based on the first and second regiments of selected soldatski but the flags are some suitable generic versions I found on the web. 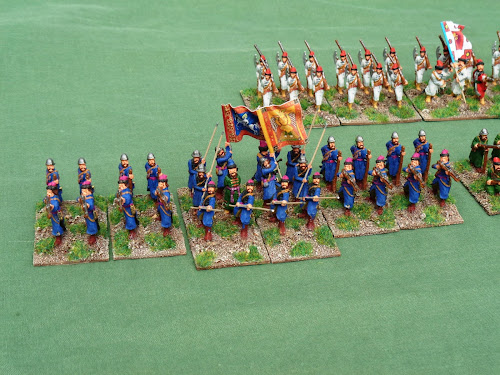 A generic Streltsi unit i.e. not from Moscow 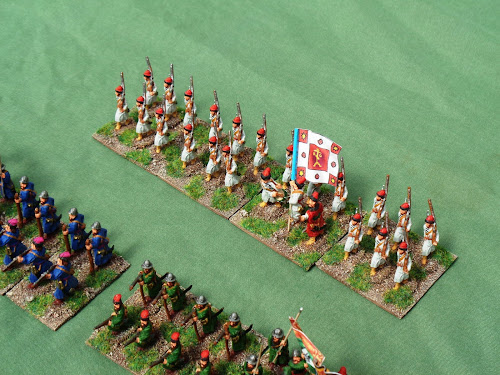 Typical, after taking the pictures I noticed that I forgot to run some paint around the edges of the flags
Posted by Fire at Will at 15:56

The Lair of the Green Tiger said...

Excellent - just goes to show how useful those figs are!