Over the years I acquired an extra packet each of the HaT Austrian Kuirassiers and Chevaulegers. So earlier this year I decided that I would replace all my Airfix conversions with the newer HaT figures, so I bought another packet of each. This gave me two more units of Kuirassiers, one of Dragoons, and two Chevaulegers (one with green and the other with white coats). 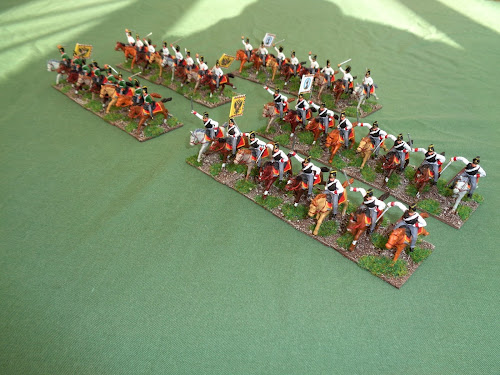 This combined with my much earlier painting of Hat figures gave me a total of four Kuirassier (at the front), three Dragoons (rear right) and three Chevauleger (rear left). I also had to rebase the older figures to match. 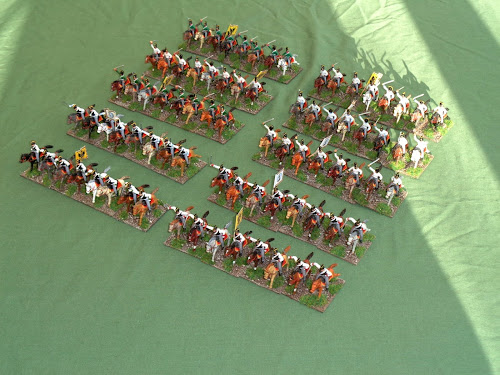 Kuirassiers followe by dragoons, typically I spotted I had forgotten to flutter the flags on the new units before taking the pictures. 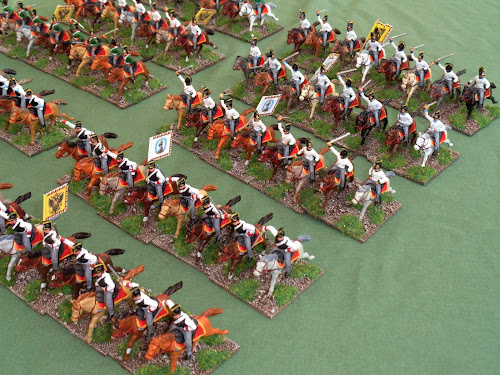 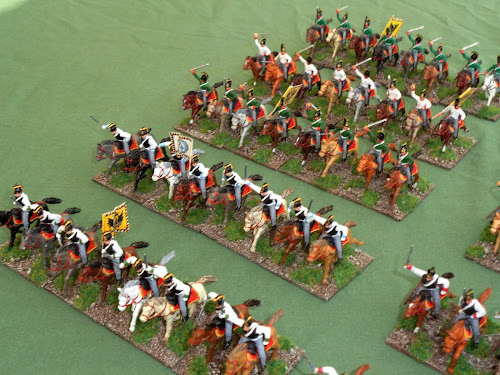 Due to fumbling on my phone I deletes this

Most impressive. But as to replacing Airfix conversions! Blasphemy. LOL Luckily, apart from some Landwher and Poles I didn't do too many Airfix conversions. And as I'm now into 15mm it doesn't matter. It's also been a year of Austrians for me too."

I feel the pain somewhat, especially if I were to consign my old figures to the bin, but I'm sure I can find someone who can use them.