A few pictures from the Recon show.

An early start and it was across the Pennines to Pudsey for Recon. At least this year there were no problems. The Lance and Longbow Society made a combined effort with the Society of Ancients and we put on my Aztec v's Conquisadore game using DBA in the New World and the "Greyhounds in the Slips" covering the siege of Harfleur.

A couple of pictures of the Aztecs in action, overall it was 4-3 in the Aztecs favour. 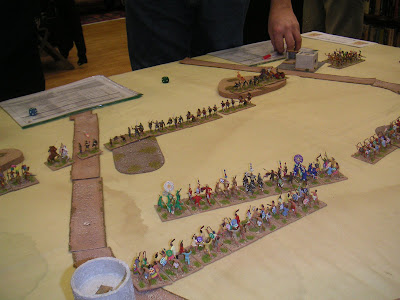 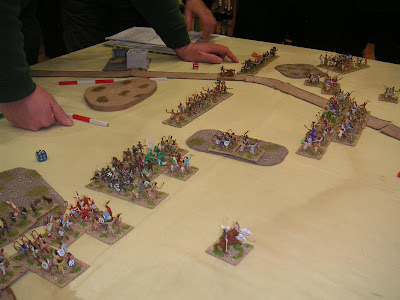 The SOTCW Kursk game was getting a fair bit of attention 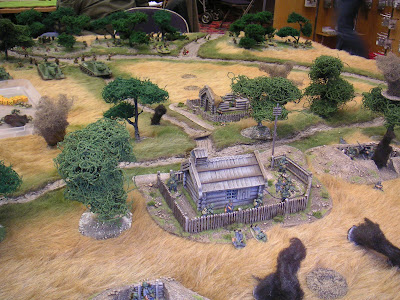 A nice bit of Sci-Fi scenary, quite simply done but gives a great effect. 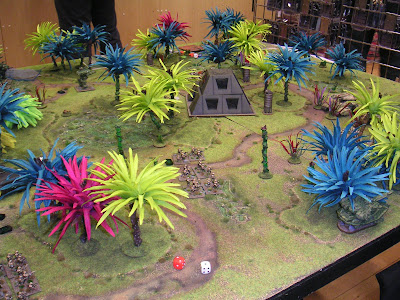 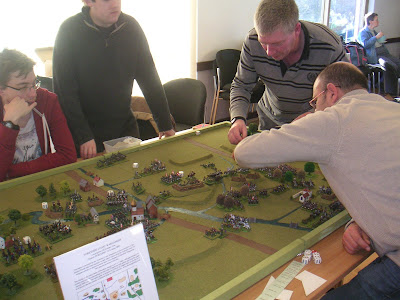 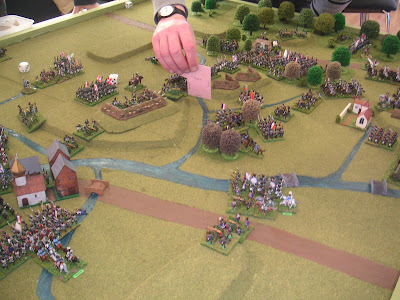 Overall a great day out, but I was exhausted by the time I got home. Purchases were few:

Very nicely presented tables, especially the Kursk table: excellent stuff (give or take the obtrusive plastic tray). But I am impressed with the Mini-Borodino. I've often thought one could 'do' Borodino - or any large battle - without having recourse to thousands upon thousands of figures...