Continuing on my Tannenberg theme I rebased my Teutonic foot sergeants and also increased the numbers. 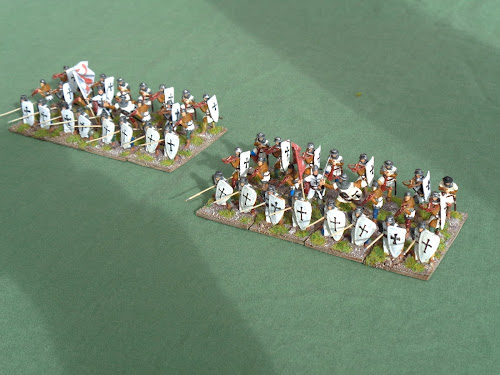 These are now in units of 24 rather than my usual 16 but in three ranks so the frontage is the same. When I use them in Lion Rampant I will treat them as a large unit in the same way as in Rebels & Patriots, so the only effect is they get is extra strength. I will give them the normal stats for crossbowmen but with the defensive ability of spearmen. 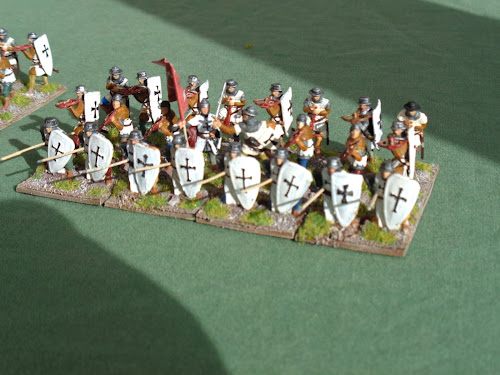 An overhead view, it's difficult to see the joins, I literally sliced of the thin top layer of basing and then reglued it with a little scatter along the join. 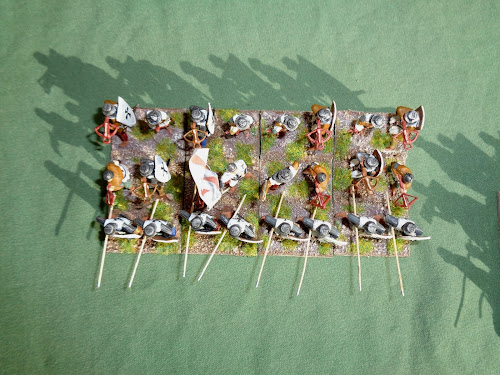 Hi Will belatedly I have put my photos of your demo on my blog.

Thanks Lorenzo, glad you enjoyed it. I've add your blog link to my game report

Thanks Will much appreciated.