Phew that was quite an effort, what originally started out as just reorganising my Germans into a couple of platoons ended with the rest of the army rebased (except a few bit already done). Thanks to Andy for the extra figures needed.


The complete army (except an infantry gun) 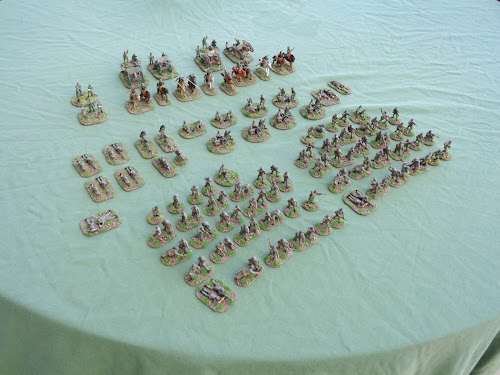 First platoon, the first section is Strelets stormtroops. Each platoon has one Vickers LMG and one MG08/15. 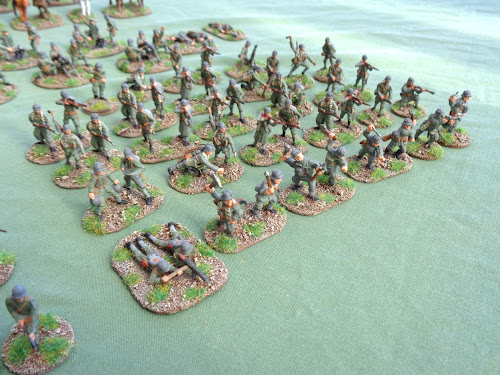 Second platoon, it should have 4 sections of 11 men and 1 Leutnant in command and two sections could be LMG armed. I have used 10 in each section and kept 4 to give the Leutnant a small platoon HQ including a rifle grenadier 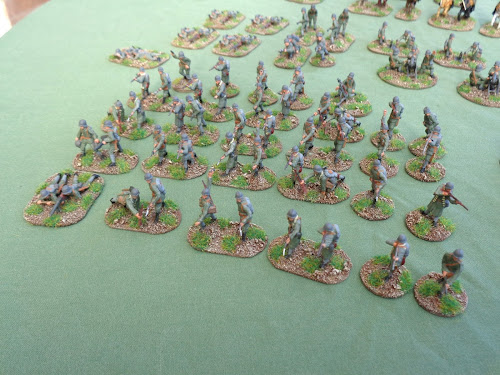 The possible supports anti-tanks rifles, flamethrowers and a sniper just creeping out of sight 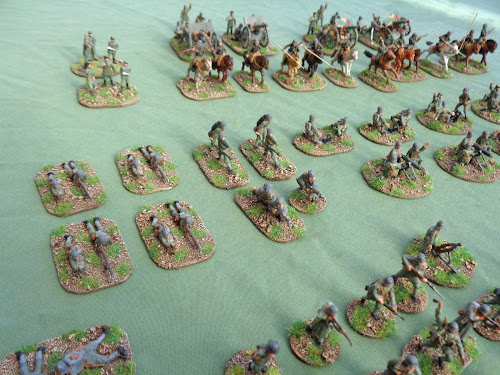 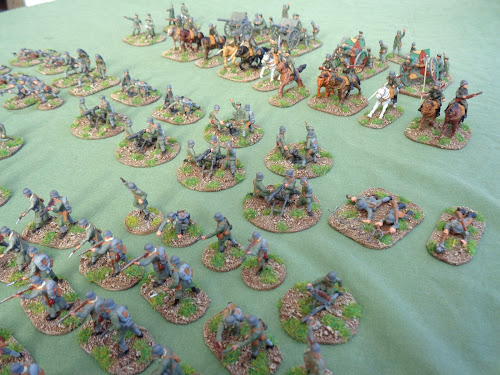 The guns, 77mm in a disruptive camo scheme 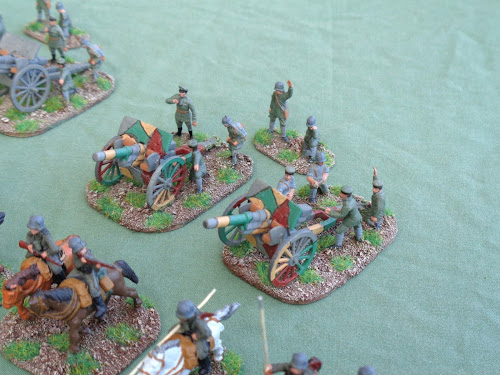 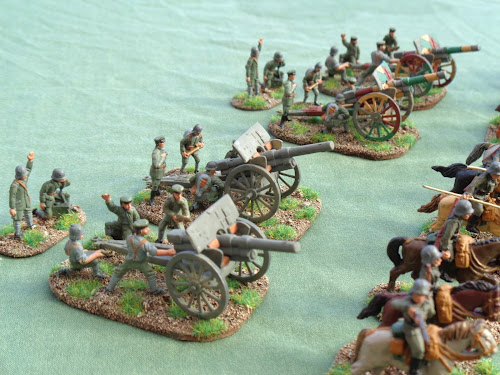