It's been a while as I had some problems with paint supplies, I use Humbrol acrylic sand 63 as undercoat/primer and I was running out. I found somewhere on the web who could supply them. But after despatch I had an email saying they weren't included in the order as they were out of stock. A rather panicked search around and I decided to try the Vallejo primer instead as it was available. So here are the scythed chariots followed by the commanders. 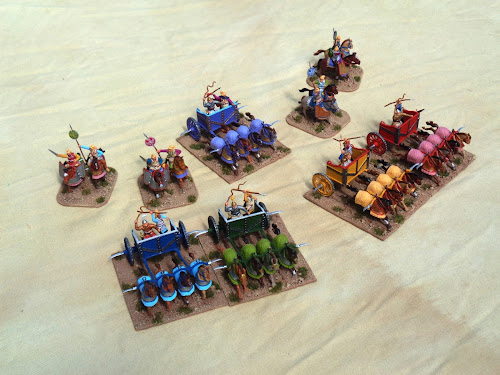 One of the chariots was obtained as a swap without any horses or crew so I had to sort out something to replace them. 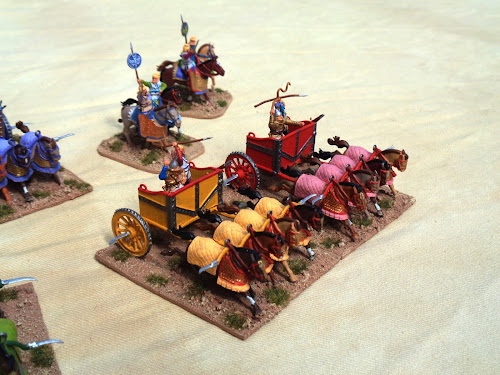 The colours are very odd as the commanders chariot (at the back) should be purple not blue? 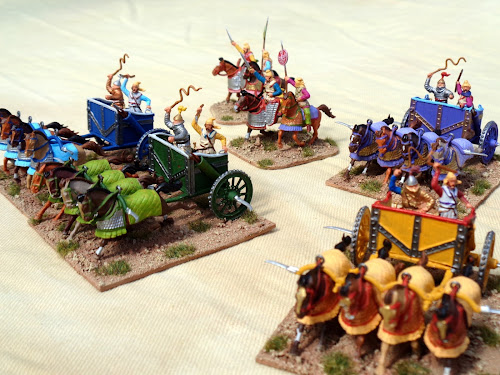 Great paint job on these.