The last of May's output is a pair of Late Achaemenid javelin armed light cavalry units, a brace of bow armed and another unit of Scythians 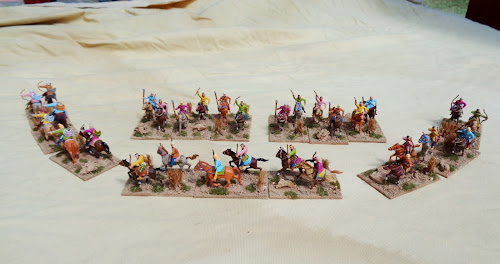 Figures are quite a mix of Hat and Zvezda, I prefer the Zvezda horses for light cavalry, so I used them with the HaT riders. then vice-versa with the Scythians so they would better match my old Rospaks 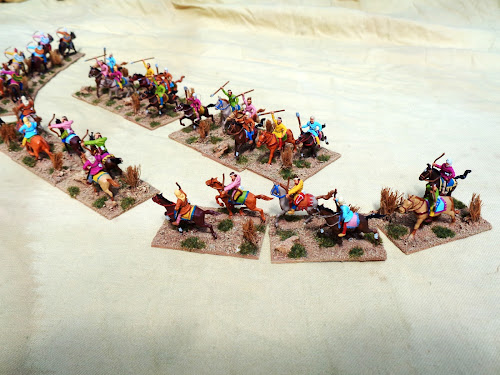 As before I have based them so they can deploy either closed up for melee ( as per the javelin armed cavalry) or sirmishing, like the horse archers 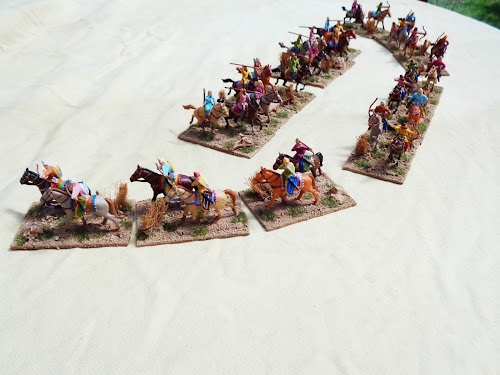 In case you hadn't spotted them, the Scythians are on the extreme left.
Posted by Fire at Will at 17:02