Had a great day out on Saturday at our first whole day event run by Beacon Gaming Club at Elton Community Centre. Our game was a Pony Wars campaign game with Simon's terrain and figures. 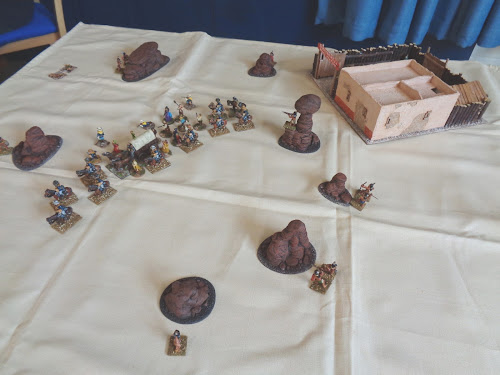 Troops head out of Fort Laramie 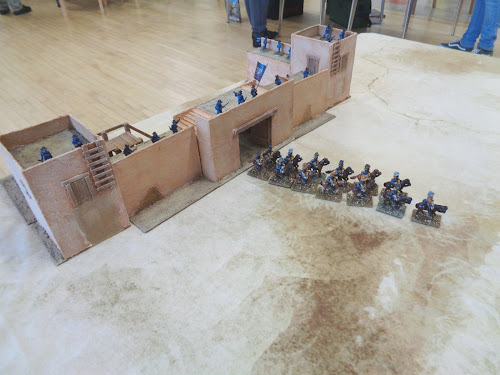 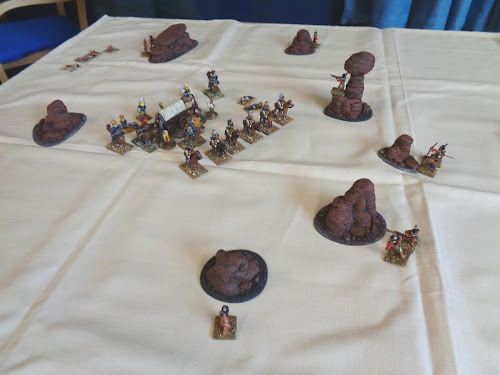 Oophs! the raiding froce discovered two troops of cavalry at a watering hole 3:1 advantage no contest! 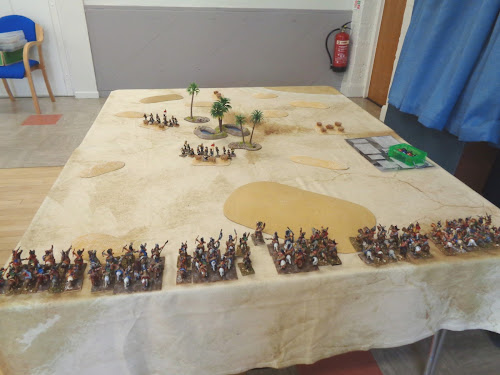 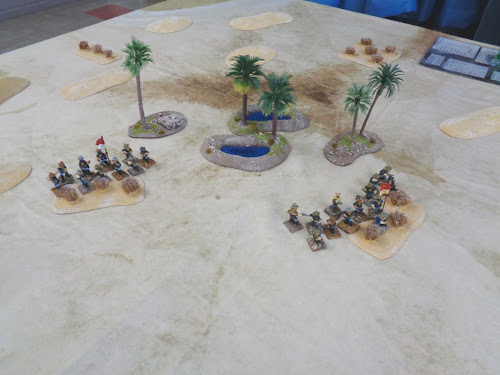 Caught one early with a good move, 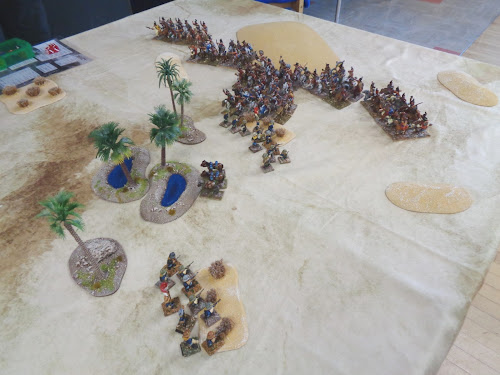 Close up of the impact, all over now! 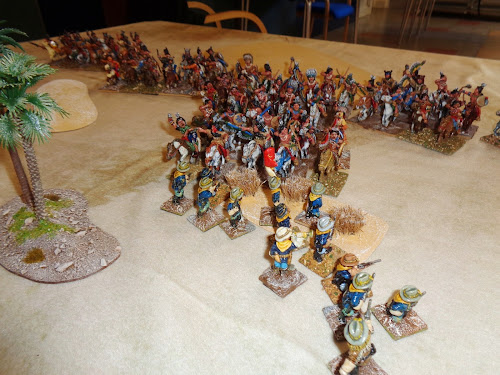 but after that they were repulsed and my other units suffered a similar fate - US cavalry are tough to beat especially the way my dice were rolling for melee. 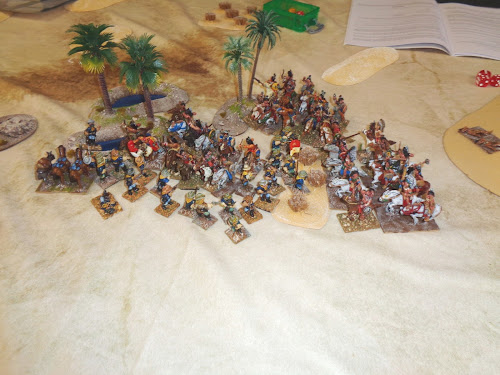 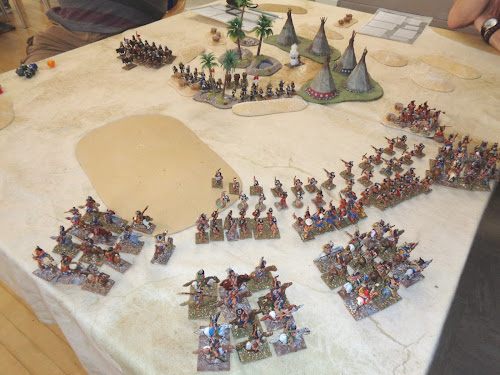 I tried an outflanking manouvre, but although I managed to catch one US troop and decimate it the rest wiped out most of my force 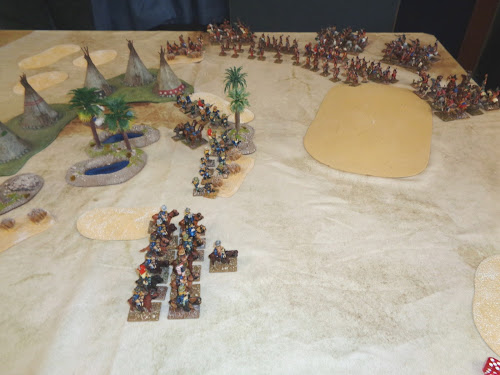 So as Doctor and the Medics say - "Going on up to the spirits in the sky"
Posted by Fire at Will at 20:34

I much prefer the Norman Greenbaum version. I could have gone for Bob Marley and "Buffalo Soldiers", but as they were more like "F Troop", perhaps not - maybe Jona Lewie and "Stop the Cavalry". I think I only rolled one melee dice the whole afternoon and with a similar low score, but with you rolling ones at Si's suggestion, it did the job. It was a fun game and I liked the strategic map movements, which gave some interesting mix ups in the on-table tactical moves. We could try that with FFL as you have the big fort and pretty much all the terrain needed in 20mm, although Si has similar kit in 28mm.
Cheers, Andy