Just scraped in before the end of the month, my artillery for the War of Spanish Succession, The figures are a mix of the new Strelets sets plus some Zvezda Great Northern War figures. The guns are the same, I didn't use the smaller gun included in the Strelets set. Limbers are Revell Thirty Years War 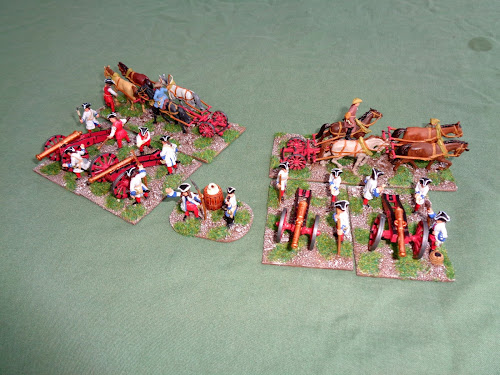 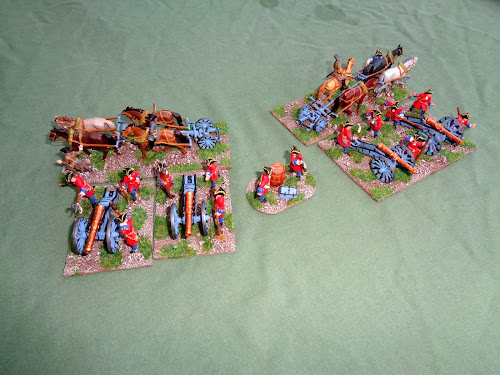 I did notice that I forgot to add the map to the top of the barrel on the command Vignette.
Posted by Fire at Will at 08:33

Those look great! I don't know how you manage to juggle so many periods, though; I'd be in a complete tizz trying to do that... ;-)

Hope you are having a good Xmas, and a Happy New Year to you too.