Given I'd just completed some generals I thought it was worth a review of my Russians to see what's still needed. (Don't forget to see a bigger picture right click on the image and open in a new tab. Otherwise it opens in Lightbox) 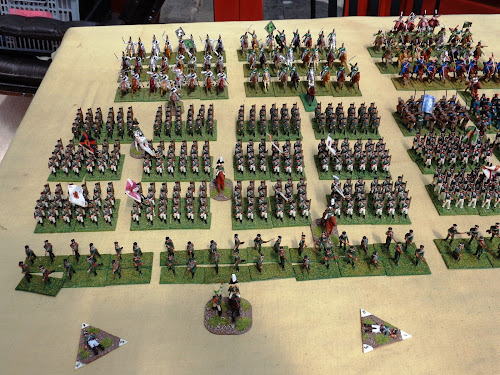 The "second" division, a mix of Guards, Grenadiers and Militia 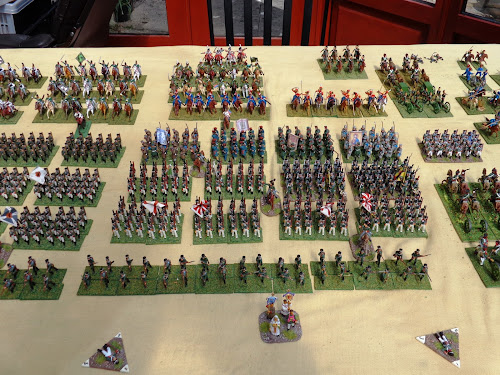 The guns, being Russian, you need a lot of these. Original Airfix conversions to the left. 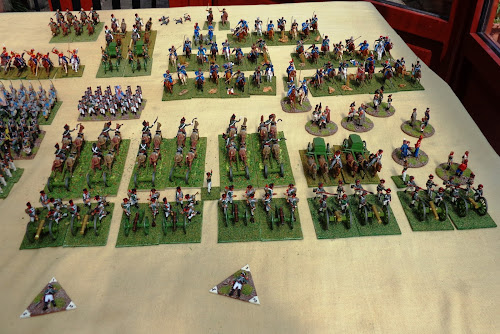 The heavy cavalry, three regiments each of cuirassiers and dragoons. 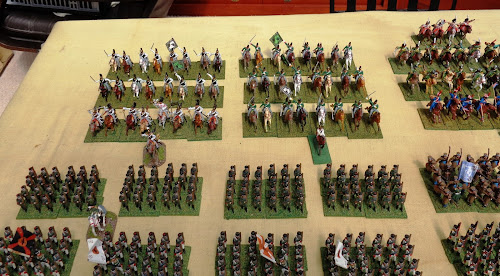 Light cavalry, three and a half regiments, hussars, cahsseurs and lancers, plus a single guard cossack regiment. Plus a horse battery. 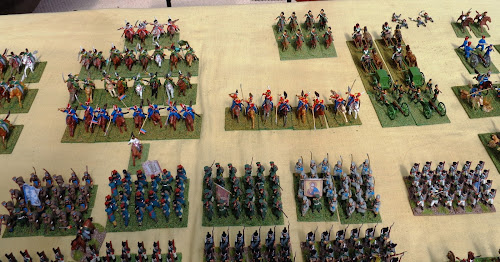 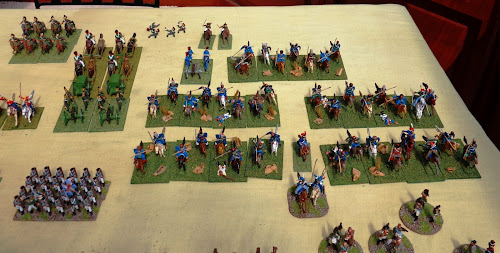 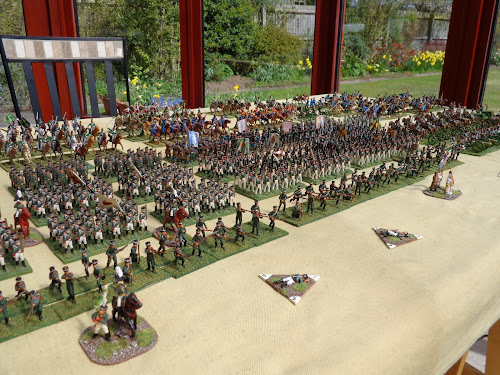 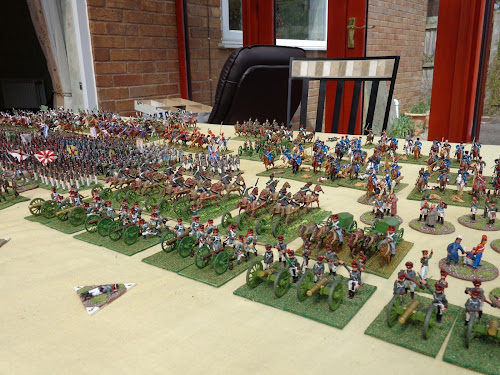 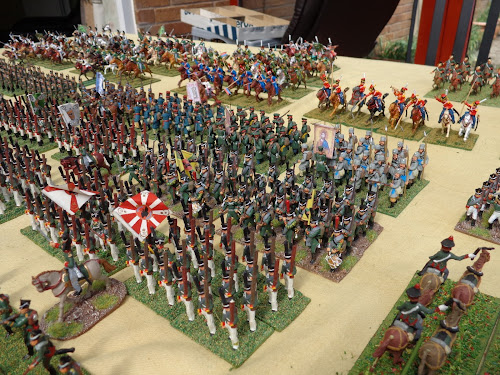 Certainly need to paint a few more commanders.
Posted by Fire at Will at 07:35

Fantastic job Will. Keep it up mate

Such a fine collection. It is envy inducingly cool!

Well I'm flabbergasted at the shear amount and quality of this army! Incredibly well done!

Ready to fight for the Tsar and the Holy Mother Russia!
Regards
Rafa

Wow, that's quite an army; just in time for all of those 1813 battles.

That's truly impressive! I have in my lead pile some Hinton Hunt Prussian cuirassiers (painted as Russians)that I believe were once yours - did they take part in that Borodino fight?

Spectacular looking army. Maybe some day I'll get there.

Always nice to see the soldiers of the Tsar en masse. You have done a brilliant job Will. Very impressive

Wow, thanks for all the positive comments guys. I had felt that I needed to spend time rebasing the army before taking any pictures.

Ian, the Russian cavalry were a purchase after the Borodino game funded by a grant cheque (in the days when you were paid to go to university) you may have spotted the other odd Hinton Hunts still in the collection, standard bearers, artillerymen and limber riders.