Phalanx a good day out

But not many photos as the hall still suffers from the dreadful yellow cast to the lighting.

First off the Lance & Longbow battle of Deepdale (Preston) 1315 the climax of the Banastre rebellion of 1315. A full write up of the details and a game report should appear in the Hobilar in due course

The "Loyal" cavalry find that there are rather more Rebels than they expected. But they succeeded in driving some of them off before being driven back themselves. 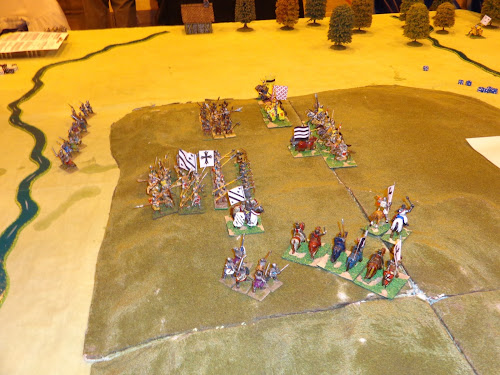 Before numbers began to tell 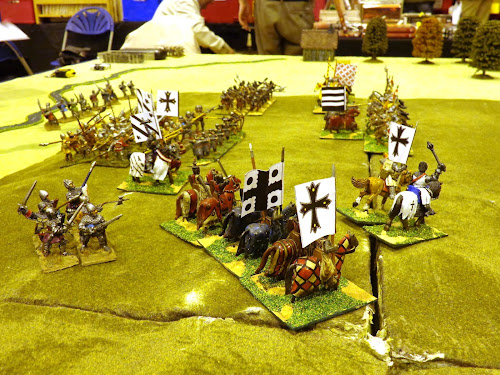 Nearing the high point of the Rebel advance. 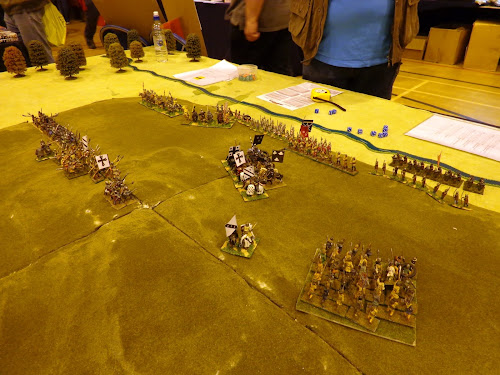 Overall it was a close fought contest and it certainly could have been won my the rebels, but in the end with the destruction of their cavalry and most leaders they were doomed to failure. Rules used were Warhammer Ancient Battles More details of the game and the heraldry can be found on the Wargame Amateur blog. 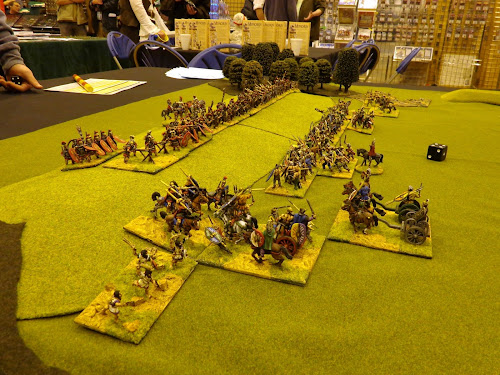 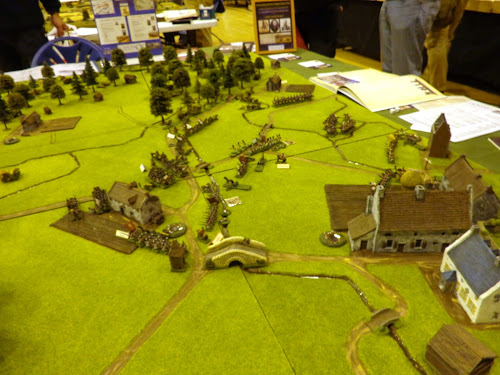 I quite liked the village. 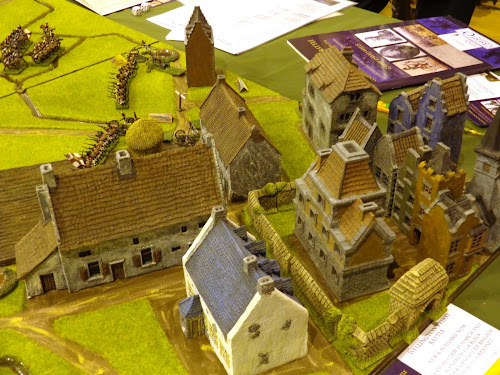 I managed to clear quite a bit of the heap on the B&B, but I'll be sorting out the remainder ready for Gauntlet (only 3 weeks to go)

Purchases were quite moderate
4 x Zvezda motorcycle combos to be converted for my DAK
2 x Brittania Sdkfz10/4's and some Grubby DAK AT rifles for the same.
A few 20mm Napoleonic bits from SHQ, some pontooners, settlers (female camp followers) and Camel riders for Egypt (all of these are from Fine Scale Factory)
"Race for the Reichtag" and "The Siege of Kustrin" both by Tony Le Tissier picked up on the B&B for £7 the pair
An Airfix Lee/Grant again from the B&B for a £1, I'll probably paint this as an American one for the Gauntlet game!
Posted by Fire at Will at 08:53

Poor old rebels :-(
I like the villiage as well...what scale?

Nice blog Will. The village was 15mm scale - more info on my website;http://www.caseshotpublishing.com/wellingtons-first-battle-wins-best-in-show-at-phalanx-2013/