My large batch of late war German AFVs produced on my 3D printer have now been painted. They are all 1/76 except for a couple of vehicles from Simon R, which I think are 1/72. 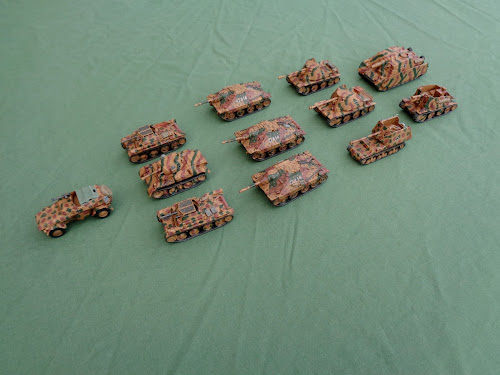 A rare survivor from early war a sdkfz247 ausf.B 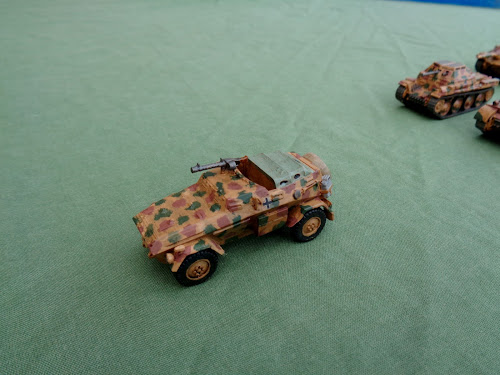 Reconnaisance - a pair of Aufklarungpanzer 38(t) flanking a Panzer II Luchs. I used the turrets from the PSC sdkfz250 neu as they had better detail than the resin version. 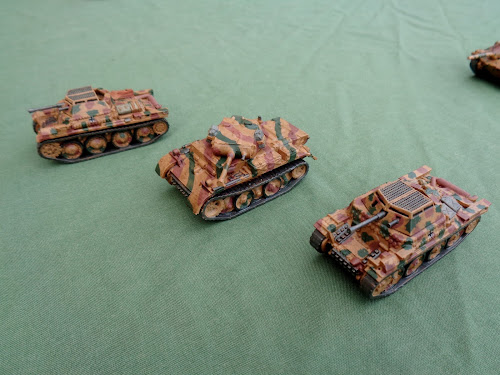 Hetzers for the "1001 Nights" kampfgruppe. Hence the ambush camouflage 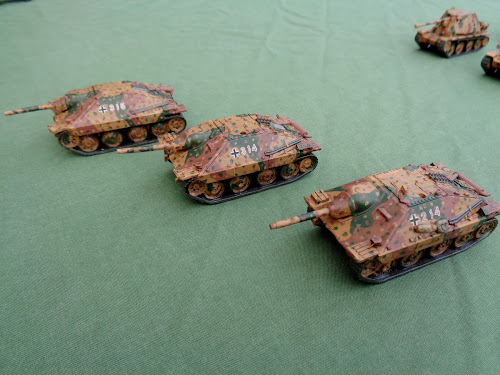 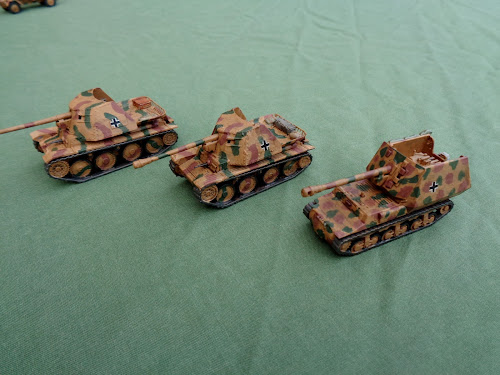 The heavy hitters a Brummbar and a Grille 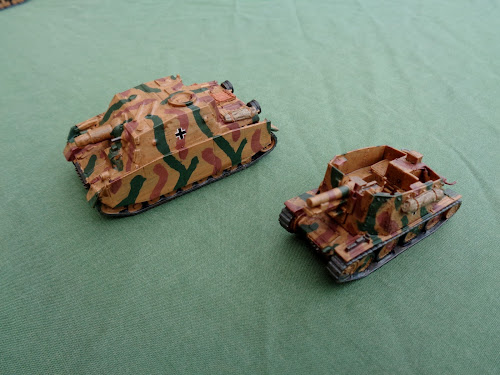 Crews will still needed to be added to the open topped vehicles.
Posted by Fire at Will at 18:23

I reckon they have come up really well. Great to see.

A nice collection, Will.

Really nice work! (Not quite my period, really - where are all the big heraldic flags! ;-)) But I can appreciate the work and appeal of all that armour, and as shown in previous posts... :-)