Now for the next ECW regiment, Massey's. Edward Massey was governor of Gloucester and at the beginning of the war he was the second in command of the Earl of Stamfords regiment, so I have assumed that his "regiment" is the same one just renamed. 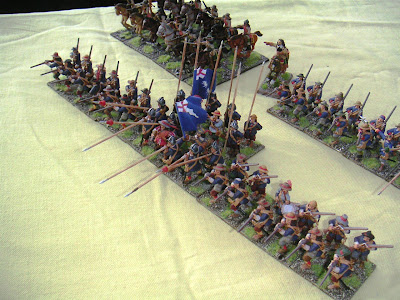 There are some details on Stamford's on a US reenactment site and I have used the same flag with the unicorn. (link) 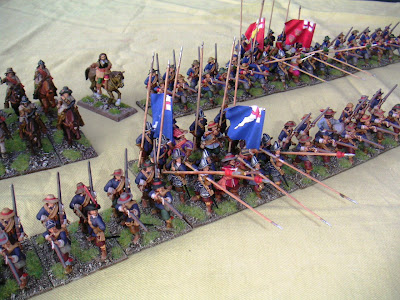 So the army is now beginning to grow 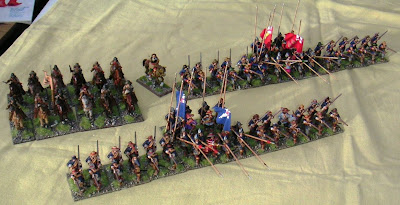 The packet of cuirassiers bought at Britcon will of course be Haselrigg's Lobsters
Posted by Fire at Will at 08:00

I have to say Will, I'm always impressed by your painting skills.