Out with the old

Well it was time for an upgrade, so after more than thirty years service the bulk of my WW2 Russian infantry is being retired from my service. In total a regiment of three battalions organised for Rapid Fire.

The core of the force was a pack of Hong Kong copies of the Esci Hard Plastic figures, they were quite reasonable copies in a fairly solid plastic and have stood the test of time. 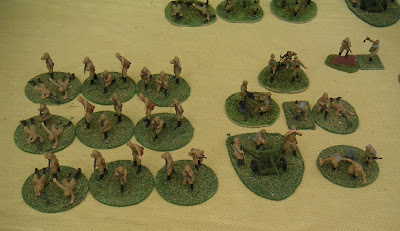 There are various add-ons from other sets, but only a few Airfix, which formed my original Russian army that was passed on many years ago. 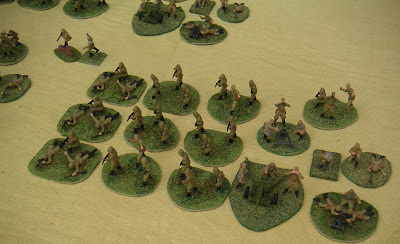 For those interested in such things the AT guns are conversions of the Airfix 6pdr to give something similar to a Russian 47mm following the instructions in Airfix magazine. 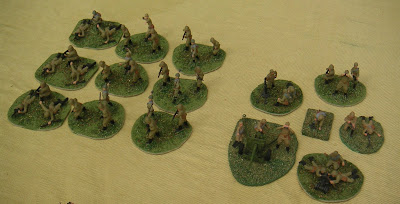 I hope they will fight as long and as valiantly in their next owners service as they have done in mine.
Posted by Fire at Will at 12:41

Always sad to see figures go but they fund others.

Good for you, Will. My old figs stay in the box while I ignore them and pull out the newer ones. Maybe I should follow your lead here.

Someone will get a very nice army.