Something of a classic car (details), I've painted mine as a French staff car, but it was also used by the Germans after the occupation, including by the Gestapo.

It's not heading for my French forces, instead it is heading for the "Paint your wagon" charity build over on The Society of Gentlemen Gamers, so I'll have to get another Ace kit to have one in my army.

Only an odd German figures was hanging around to provide scale 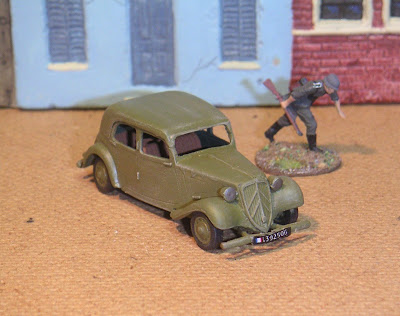 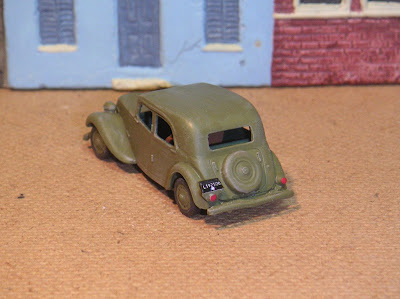