Nice day out in Stoke

A quick run down to the Stoke Challenge show yesterday. I took a pile of stuff for the B&B, but didn't shift much at all. However I purchased a couple of Airfix bren carriers (plus the vital 6pdrs) a Befehlspanzer I and a few British airborne jeep conversions. Plus some books for holiday reading on Crusader 1941, Napoleon in the Holy Land and the H&C big picture book on Eylau and Friedland 1806/7.
The afternoon was pleasantly passed in my first game of Armati, playing Goths v's Romans coached by Phil Steele from the Society of Ancients. Typical beginners luck I won convincingly, either due to my innate skill, Phil's coaching or lucky dice rolling. Interesting to experience the rule mechanics, but not a game I would play regularly. 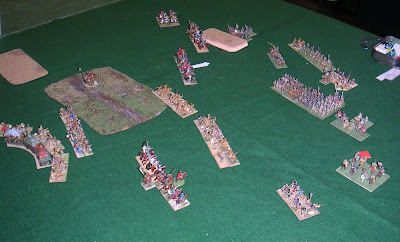 On the dreamholme stand there were some nice 15mm French buildings, so I took a couple of picture for inspiration when I next get into a building mode. 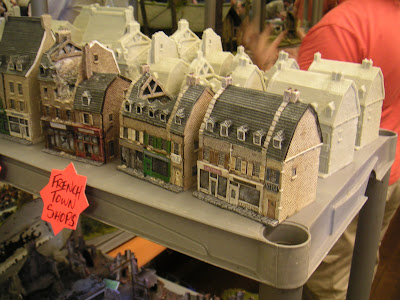 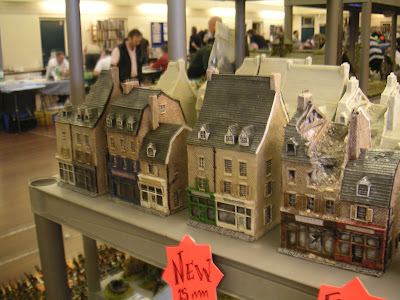 They also had some 20mm ruins and "French" vehicles in various states of damage. 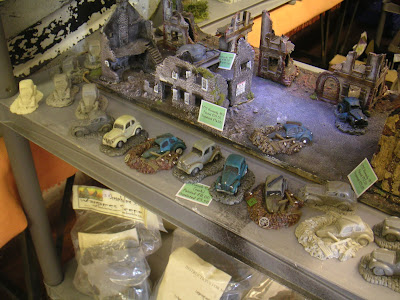 The buildings look great!! Lucky its not my period or I'd be sorely tempted!!

Goose on the loose said...

Glad to made it down Will. I was hoping to go, but other commitements prevented it. Think we might have to see about a club game at it one year. What do you think?

Always good to go to a show and pick up a few goodies. Did you pick up the Eylau/Friedland book for general reading, or are you planning something?

Those buildings do look rather tasty.

The buildings are ace - wish they do a few town houses rather than just shops - would be ideal for my WSS project..!

Either way, clearly a one man band - that web site hasn't been updated since last year, and no mention of the 15mm stuff... when will they realise that the web is a far bigger audience than a show... :o))

Steve, he did say that he hadn't had chance to update his website.

Mike the Eylu/Friedland book is for general reading, although it will probably cause me to dust off my French and Russians for another outing.